Hampton Roads Pride unites the Lesbian, Gay, Bisexual, Transgender (LGBT) and allied communities in support of inclusion, dignity and equality of all people.

Hampton Roads Pride Board of Directors 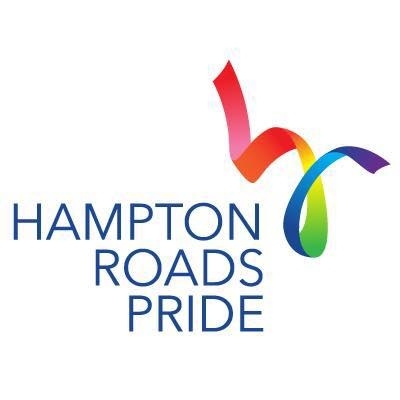 In June each year, Hampton Roads Pride takes front and center stage in the civic consciousness with our popular, family-friendly PrideFest event in Town Point Park, Norfolk, Virginia. PrideFest is one of the largest Pride festivals in Virginia, and the only such event in the United States to host a Pride Boat Parade highlighting our connections with the maritime history of our port cities. PrideFest brings together 40,000+ members of the LGBT community and its allies to socialize, support one another, share ideas, and organize in a visible and positive environment. PrideFest draws ever-growing crowds while greatly increasing awareness about LGBT issues, raising funds for our cause, and building trust and bonds with our supporters. Free and open to all.

The Block Party at Scope Arena is the place to be the night before PrideFest to dance the night away to popular DJ tracks and see spectacular drag queen performances. Adult beverages are available to guests 21 years and older. Ticketed event.

Pride at the Beach

Celebrate pride at the Virginia Beach Oceanfront as we soak in the sun and dance in the sand. Live music entertainment that is free and open to all. Adult beverages available to guests 21 years and older.

Hampton Roads Pride’s inaugural Run the Rainbow 5K and 1 Mile Fun Run was the first race in the Nation to host a gender neutral registration thanks to our partnership with the amazing team at Mettle Events.

Our annual race attracts runners from across the east coast and is a perfect blend of fitness, family and coastal fun providing a great opportunity for businesses and organizations to connect directly with the thriving Hampton Roads Lesbian, Gay, Bisexual and Transgender (LGBT) and allied communities. Our hope for this race is to inspire new runners and youth to adopt a healthy lifestyle and get involved with the Community. Virtual race registration available.

Scholarships are awarded to assist with the educational expenses of people who identify as Lesbian, Gay, Bisexual, Transgender, Queer or Questioning (LGBTQ+), or identify with an affiliated community (including, but not limited to, Intersex, Asexual, Pansexual, Two-spirit, Nonbinary, Agender, and Genderqueer) as well as LGBTQ+ allies (those who do not identify as LGBTQ+, but who are allied with and support the LGBTQ+ community).

Applicants must have a grade point average of 3.0 or above, and provide official transcripts from their educational institutions.

Hampton Roads Pride strives to support the LGBT and allied communities across all demographics. Through advocacy and community service we demonstrate the capacity of the creative, social, economic, and influential force of the LGBT community and its allies to effect positive change. Our Community OUTreach efforts include:
- Providing meals to those experiencing homelessness
- Supporting local nonprofit partners
- Connecting with veteran and active military service
members
- Encouraging inclusive public services through the
establishment of LGBT Liaisons
- Partnering with businesses who provide safe spaces for
LGBT community members
- Collaborating with LGBT organizations to offer events
year-round that provide an extensive network of
support locally and regionally

Board of directors
as of 2/25/2021
SOURCE: Self-reported by organization
Board co-chair