Voice For The Animals Foundation is devoted to creating respect and empathy for animals through education, rescue, and advocacy.

Our mission is to create respect and empathy for animals through education, rescue, and advocacy. Voice For The Animals was founded in 1999 by Melya Kaplan who was inspired to start the organization after seeing so many homeless cats and dogs wandering the streets of Venice. She quickly realized there was a dire need for a new type of animal protection organization that would inspire and empower other people to advocate for animals. Since then Voice For The Animals has created several innovative and groundbreaking programs in the efforts to rescue and protect animals all over the world.

EDUCATION-SPEAKERS AND LITERATURE FOR SCHOOLS IN THE LOS ANGELES AREA. THE SPEAKERS DISCUSS WILS AND DOMESTIC ANIMAL ISSUES, ALLOWING STUDENTS TO UNDERSTAND THE IMPORTANCE OF BEING COMPASSIONATE TO ANIMALS

HELPING FRIENDS-PROVIDES MEDICAL CARE, PET FOOD AND TRANSPORTATION TO THE VET FOR ELDERLY, CRITICALLY ILL, HANDICAPPED AND LOW-INCOME PEOPLE WHO LOVE THEIR COMPANION ANIMALS BUT CANNOT AFFORD THE COSTS

Average number of days taken to respond to customers

To rescue, rehabilitate, and place elderly, abandoned animals in loving, permanent homes thus ensuring that they are not destroyed in the city shelters. Unlike many animal care agencies that focus on rescuing puppies and kitten, VFTA specializes in providing services for old, infirm, abused or discarded animals.
VFTA prides itself on our excellence, significance and leadership in the community. We are founded on a belief in the sacredness of all life and seek to eliminate situations where animals are neglected or destroyed. The Commendation of Exellence we received from the City of Los Angeles in 2010 stated, "Through its steadfast ways and caring deeds VFTA has helped make our world a better home for all living things." We also have received a Certificate of Appreciation from the City Council (1996) for VFTA's "tireless work on behalf of the animals in the city of Los Angeles."
Our leadership in the community was demonstrated when recently received a call for help from Pastor Ken Holladay and his wife Marion at One at A Time Church on Skid Row in downtown Los Angeles. The Pastor and his wife had been feeding a colony of 50 cats for 10 years and were losing their lease. Voice for the Animals came to their aid and rescued the cats. After spaying, neutering and vaccinating the cats they were relocated to foster care. We have found permanent homes for all of the kittens and are currently evaluating the adults in order to find them homes, as well.

Our volunteer foster families work with the animal to provide a stable environment where the animal can learn to trust again. We provide food, medicine, litter, toys, trainers and behaviorists to assist our foster families. When the animal is ready for adoption, we require prospective new guardians to fill out a pre-adoption screening form so that we can check their history with previous animals. Once a new guardian has been approved a home visit and contract is required. We place several follow up calls to insure that the transition is a smooth one. Due to the economic climate and the foreclosure crisis, VFTA has seen a dramatic increase in requests from the community to find new homes for their pets instead of abandoning them at the shelter. As people lose their homes and jobs they can no longer afford to care for their animals. In desperation, they call us asking us to take their pets. This is where VFTA steps in to rescue the animal.

2. The Rescue, Rehabilitation and Adoption Program rescues elderly companion animals in jeopardy, rehabilitates them and places them in new homes. VFTA gives the animals all the training and care they need, and keeps them until a perfectly matched family is found.

3. The Helping Friends Program gives seniors, people with disabilities or terminal illnesses, and individuals on fixed incomes the extra support they need to care for their animals- who are often their only companions.

5. Violence Prevention Program assists with the reporting and prosecuting of animal abuse. VFTA has organized two training programs on animal abuse for the Los Angeles Police Department which resulted in the formation of the LAPD Animal Cruelty Task Force, which is made up of three city agencies: the LAPD, Los Angeles Animal Services and the City Attorney's Office.

6. The Working Cats Programs relocates feral cats, who would otherwise have been euthanized at the shelter, to businesses that have problems with rats. The rats are repelled by the smell of the cats and leave the premises. This provides the businesses with an effective, humane and environmentally friendly method of rat control, while saving the cats' lives.

We measure the success of the organization in tangibles like the number of deserving animals that are saved from being euthanized and intangibles, like the companionship they bring to the families and communities who foster and adopt them. We keep thorough records of each animal, their progress and the families who adopt them.

VFTA is growing at a steady pace. We measure the progress of the organization in tangibles like the number of deserving animals that are saved from being euthanized and intangibles, like the companionship they bring to the families and communities who foster and adopt them. We keep thorough records of each animal, their progress and the families who adopt them. 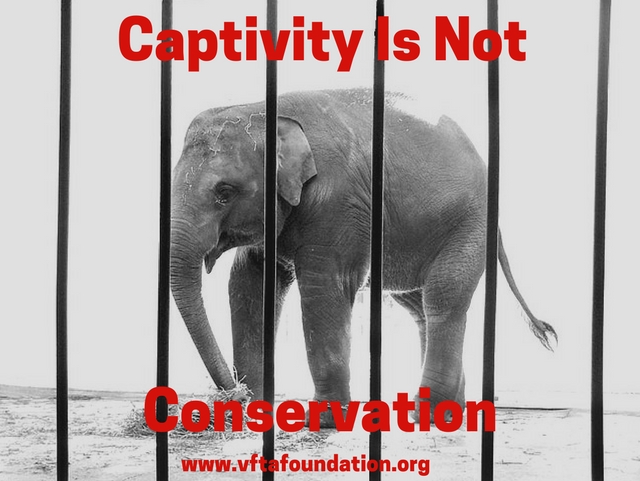 VOICE FOR THE ANIMALS

In order to support nonprofits and gain valuable insight for the sector, GuideStar worked with D5—a five-year initiative to advance diversity, equity, and inclusion in philanthropy—in creating a questionnaire. This section is a voluntary questionnaire that empowers organizations to share information on the demographics of who works in and leads organizations. To protect the identity of individuals, we do not display sexual orientation or disability information for organizations with fewer than 15 staff. Any values displayed in this section are percentages of the total number of individuals in each category (e.g. 20% of all Board members for X organization are female).

This organization reports that it does not collect this information for Board Members, Senior Staff, Full-Time Staff and Part-Time Staff.