Celebrating the bridge-building joy of music.

To develop friendships, and promote peace and understanding of different cultures through music, dance and other arts. 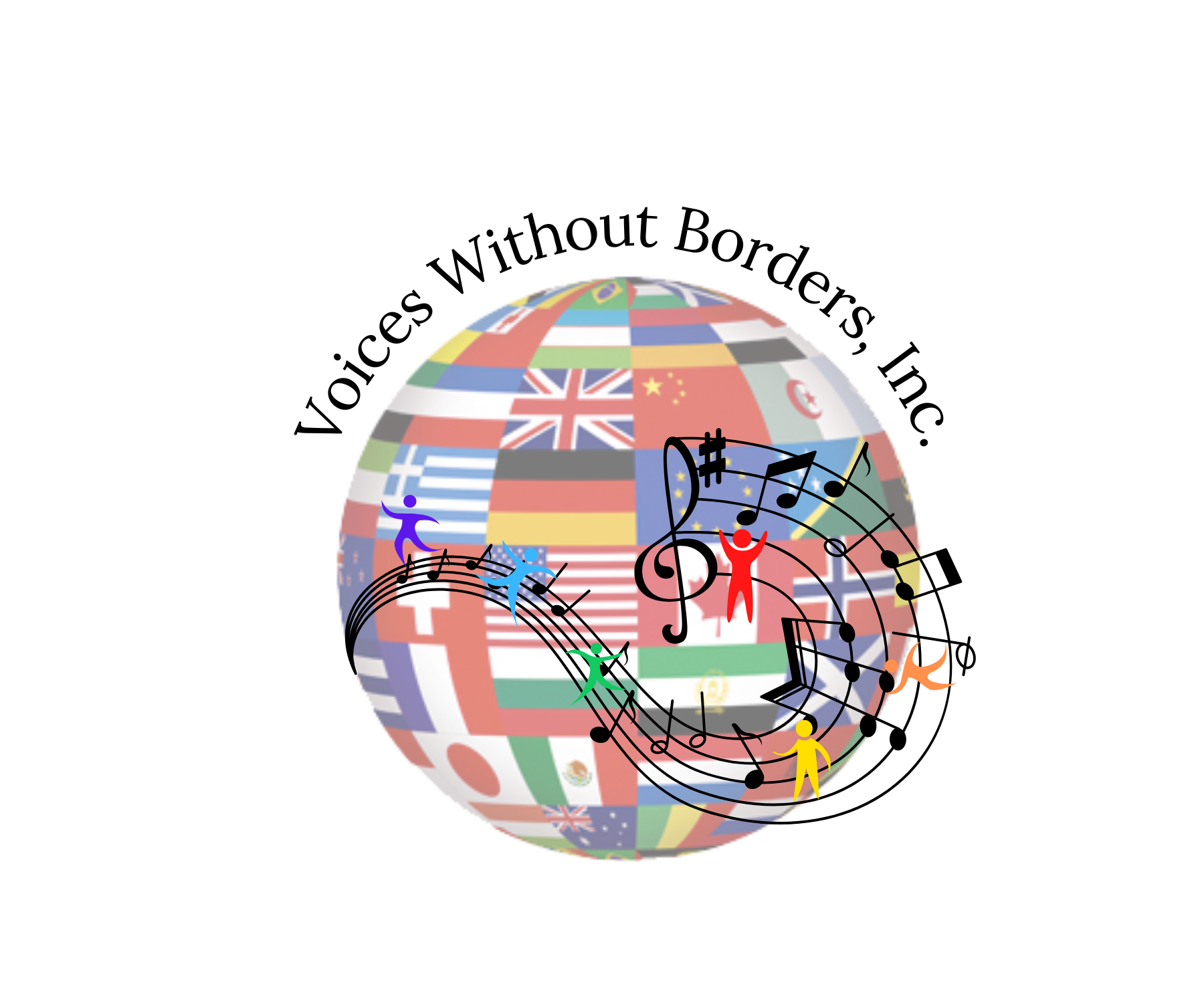 Voices Without Borders is currently working to address the challenges presented by the novel Coronavirus, COVID-19 at a time

Children of the World in Harmony International Choir & Dance Festival

Voices Without Borders, a non-profit 50(c)(3), was founded in Petoskey in 2009. Its mission is to promote, support, and sponsor choral music, dance and other related activites for young people in our schools and communities throughout greater northern Michigan and to offer similar opportunities for children from around the world.

VWB supports the Little Traverse Youth Choir and presents the Children of the World in Harmony International Choir & Dance Festival. The 2019 Festival was the 7th hosted in Northern Michigan and the 24th such festival worldwide. Previous festivals have been produced in Asia, Africa, North and South America, and Europe. Past participants include Mongolia, The People's Republic of China, Thailand, Vietnam, The People's Republic of Congo, the Czech Republic, Slovenia, Argentina, Mexico, Belgium, Germany, Finland, Canada, and the United States. The 2021 Children of the World in Harmony Festival is being planned as a virtual live event with nearly 400 singers and dancers around the world participating. The 300-voice virtual International Festival Choir will include voices from nearly 40 choirs from around the world and individual choirs and dance groups will be featured from Armenia, China, Japan, Mexico, Romania, Ukraine, USA and Zimbabwe. Visit vwbchoir.com or to learn more.

The Great Lakes Youth Choir (LTYC) is the host choir and performs at the Festivals. GLYC is a premiere international opportunity for northern Michigan youth. VWB toured Canada in 2013 and Ireland and Scotland in 2018, performing in the Dublin Choral Festival and the Celebration of American Music in Scotland! VWB also the Great Lakes Treble Choir for singers 6-13. Both choirs are under the direction of Monica Pavel-Kissinger. Visit www.greatlakesyouthchoir.org to learn more about the choirs.

The Great Lakes Youth & Treble Choirs were formed by Voices Without Borders to serve as the host choir for its Children of the World in Harmony Festivals. VWB’s year-round, community-based Great Lakes Youth and Treble Choirs serve the needs of young singers from throughout Antrim, Charlevoix, Cheboygan, Emmet, Otsego and Grand Traverse Counties and include public, charter, and home-schooled students. The choirs offer a well-established music education and performance program tuition-free to singers ages 6-20 years.

Throughout the years, the Youth Choir has been honored to perform with the Northern Michigan Chorale, the Great Lakes Chamber Orchestra and Chorus and the Little Traverse Choral Society. The choir was honored to perform at the Great Lakes Center for the Arts Community Open House. The choir has also performed with Franc D’Ambrosio, Broadway’s longest running Phantom of the Opera, and with Emmy, Tony and Golden Globe-nominated star, Matthew Morrison, and his five-piece band. The Youth Choir & Treble Choirs are currently under the direction of Monica Pavel-Kissinger and pianist, Cynda Coleman. The Treble Choir performs at a variety of local events. Currently, rehearsals are virtual for the safety of the singers due to COVID-19 precautions. This has allowed singers to participate from a greater distance than would normally be possible and this semesters singers includes youth from northern MI including Sault Ste. Marie, the Midwest, Canada and Romania!

The International Touring Program presents GLYC on tour. Past tours include four in Michigan and a ten-day tour to New York State, Ontario and Quebec. During June, 2018, the choir performed at the Dublin Choral Festival and Trim, Ireland, then traveled to Edinburgh, Sterling & Glasgow for the American Celebration of Music in Scotland. In 2020, the Great Lakes Youth Choir had accepted an invitation to perform at Carnegie Hall in June 2020, but unfortunately the performance was cancelled due to COVID-19.