BC2M'S MISSION IS TO END THE STIGMA AND DISCRIMINATION SURROUNDING MENTAL ILLNESS. 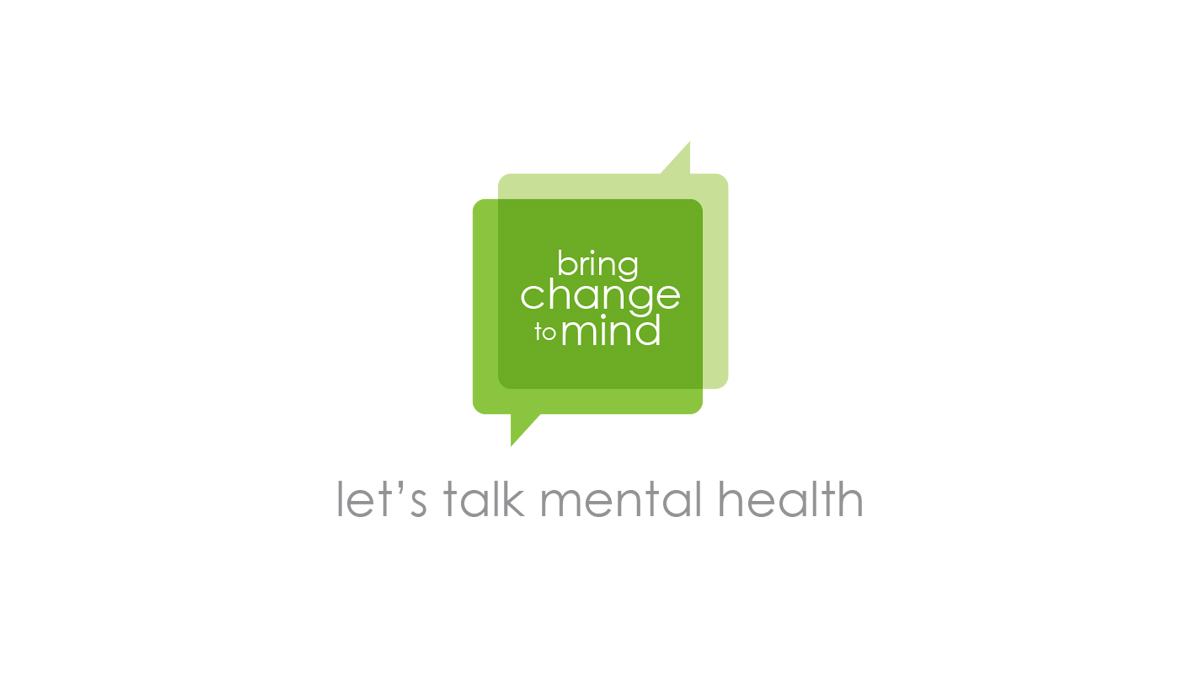 Bring Change to Mind is working to end the stigma and discrimination surrounding mental illness.

The High School Program is a youth- directed program utilizing active-participation clubs as a means of fighting the stigma surrounding mental illness and learning more about mental wellness.

Through opening conversations about mental illness we are building the awareness, understanding and empathy necessary to inspire action, structural change, and the creation of new norms which end stigma and discrimination. Our role is to help start the conversation, amplify the voice of others, as their experiences and stories can transform feelings of isolation and despair into feelings pf community and hope. These stories will open hearts and minds and change fear and stigma toward people with mental illness into compassion and support for their journey ahead.

Since its establishment, BC2M’s Public Service Announcement (PSA) campaigns have proven to be a most effective outreach method and educational tool. More than a billion people have seen BC2M’s first PSA, which was directed by Ron Howard in New York’s Grand Central Station. The second PSA, Schizo, has been seen by more than 730 million people through cinema, television, radio, digital, print, and out-of-home placement. BC2M’s third PSA, #StrongerThanStigma, was released in partnership with Brandon Marshall’s foundation, Project 375, and focuses on the unique challenges that men face when discussing mental health. This campaign features four inspirational men from professional sports, television, and the music industry who have each made mental health advocacy a part of their platform. The fourth PSA, #MindOurFuture, invites Millennials and GenZs to take part in a movement to end fear, shame, and misunderstanding by submitting their own mental health stories and encouraging their peers to do the same. For the fifth PSA, BC2M focused on one of the biggest challenges in discussing mental health: getting started. Talk to Anyone shows that, no matter what someone is facing, or to whom they have reached out, it is possible to make real connections. Not every conversation will be perfect, but each one fights the stigma around mental illness. Not That Weird, in our sixth PSA we start off with a super weird image, grabbing our young viewers’ attention from the opening frame. But the conversation that follows is very real, showing that when you’re with friends, talking about mental health doesn’t have to be quite so strange.

In 2014, BC2M launched a four-year student-led intervention and assessment research pilot project at Indiana University with the goal of developing, testing, and measuring the efficacy of anti-stigma program materials. This work is based on the belief that, through student education and empowerment, the younger generations are able to encourage open dialogue, change attitudes around mental health, and lower the barriers to seeking care. It is the first effort of its kind to create a systematic program aimed at reducing the stigma of mental illness on a campus setting. The BC2M U research findings will be published and made available to partnering organizations and colleges and universities across the country.

In 2015, BC2M introduced a third program to create student-led high school mental health clubs that provide a space for educated conversation, changing perceptions, and demystifying a topic that affects so many young individuals. BC2M HS stands apart from others because it provides teens with a platform to share their thoughts around mental health and allows them the freedom and initiative to learn, educate, and raise awareness within their clubs and beyond. BC2M HS is currently in 16 states across the country and serving more than 7,000 students.

We are a trusted ally in the conversation about mental illness and openly collaborate with other mental health professionals, academics, resources and advocates to grow this consequential movement.

We have produced and distributed seven Public Service Announcements (PSA) which have led to a great level of consciousness and conversation around mental health in this country. Each of these PSA's have generated more than 1 million media impressions. Since 2014 we have build and scaled an evidence-based peer led high school program which has the ability to reach students across the country. We hope to make our High School Program available to students in all states.