aka The Arc of South Norfolk   |   Westwood, MA www.lifeworksma.org
Donate

(Services to Promote the Independence of Specific Populations) (P80)

Lifeworks, formerly The Arc of South Norfolk, began in 1954 by a group of concerned parents who were looking to advocate for services for their children with developmental disabilities. The Lifeworks Mission is: Advocacy, Empowerment, Opportunity. On October 1st, 2020, Lifeworks and The Arc of South Norfolk merged to become one organization with a shared mission and guiding principles. Our Boards of Directors have become one Board and the organization is led by our CEO Dan Burke. To learn more about our History, Leadership and Board-please see that information under “About Us”. This site provides information to our programs, resources and a calendar of our events and activities.

Provide timely and quality Information and Referral services to families, professionals, and community members who contact the Autism Support Center.

It’s expected Center staff will be welcoming and responsive to outreach from families when they contact the Center, and will create an environment that encourages families and community members to maintain contact and call or visit the Center for information. 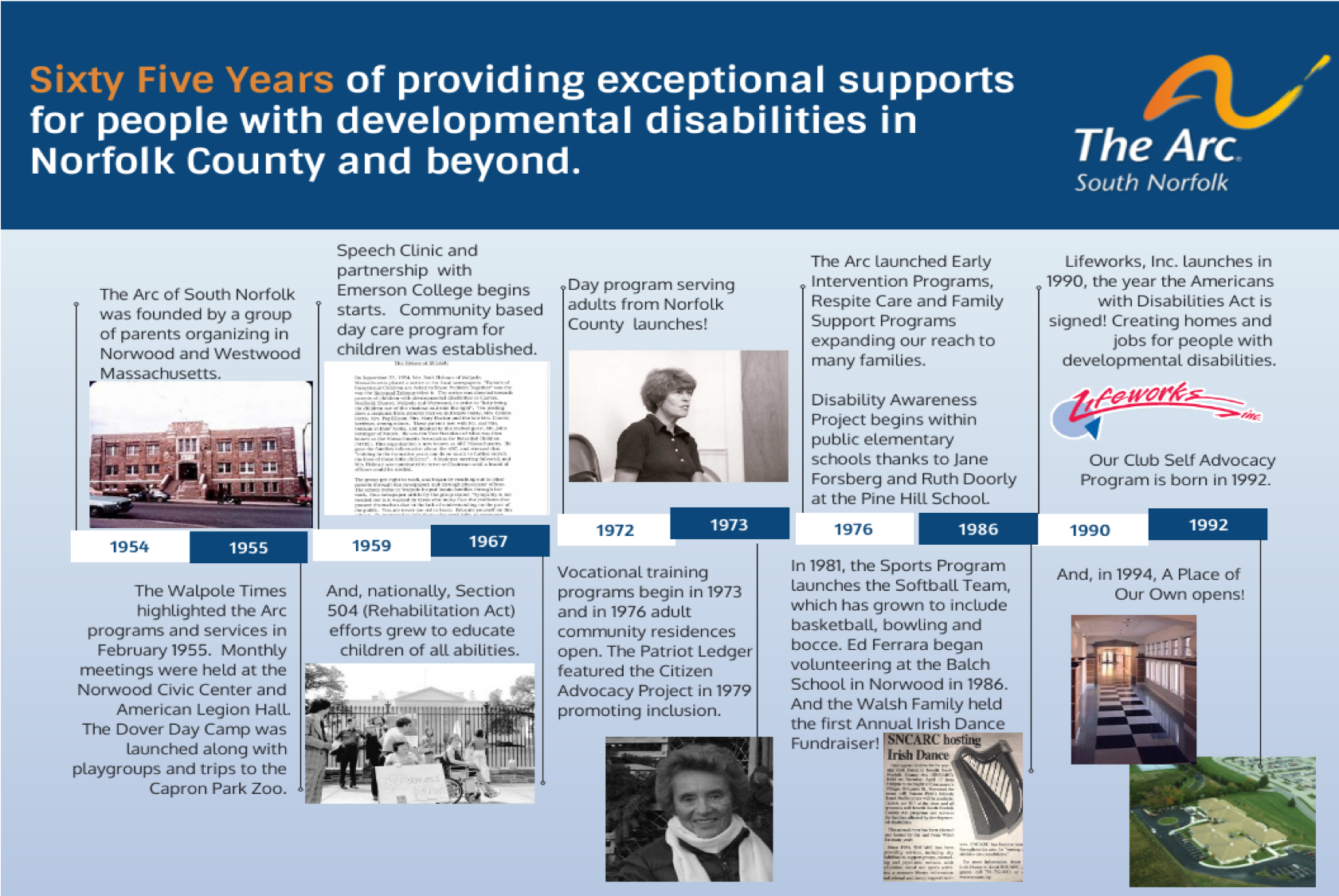 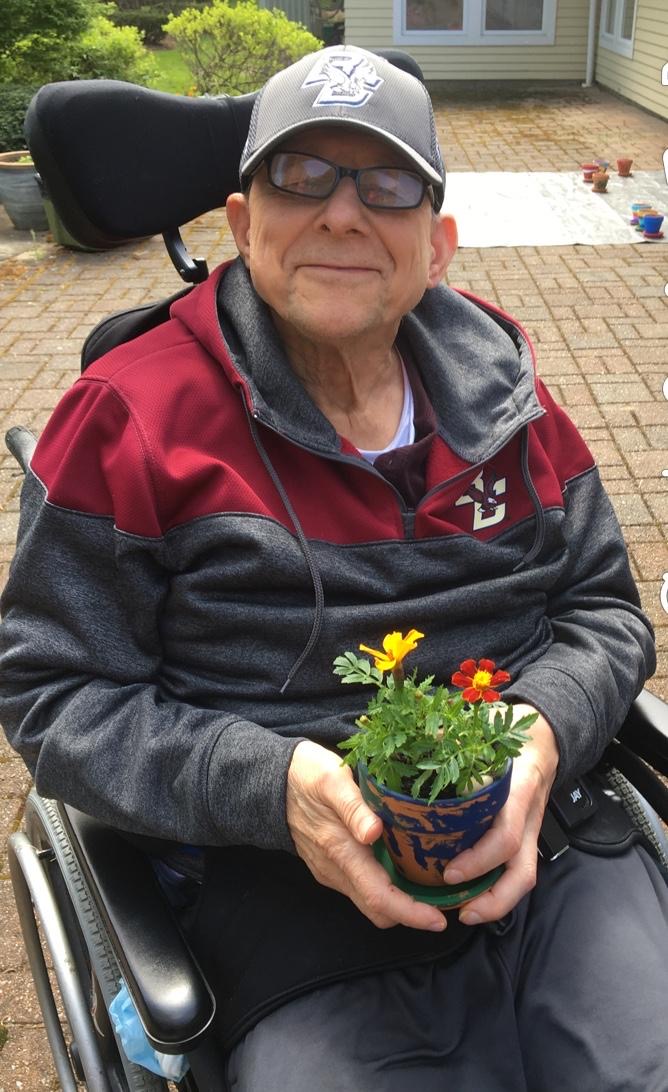 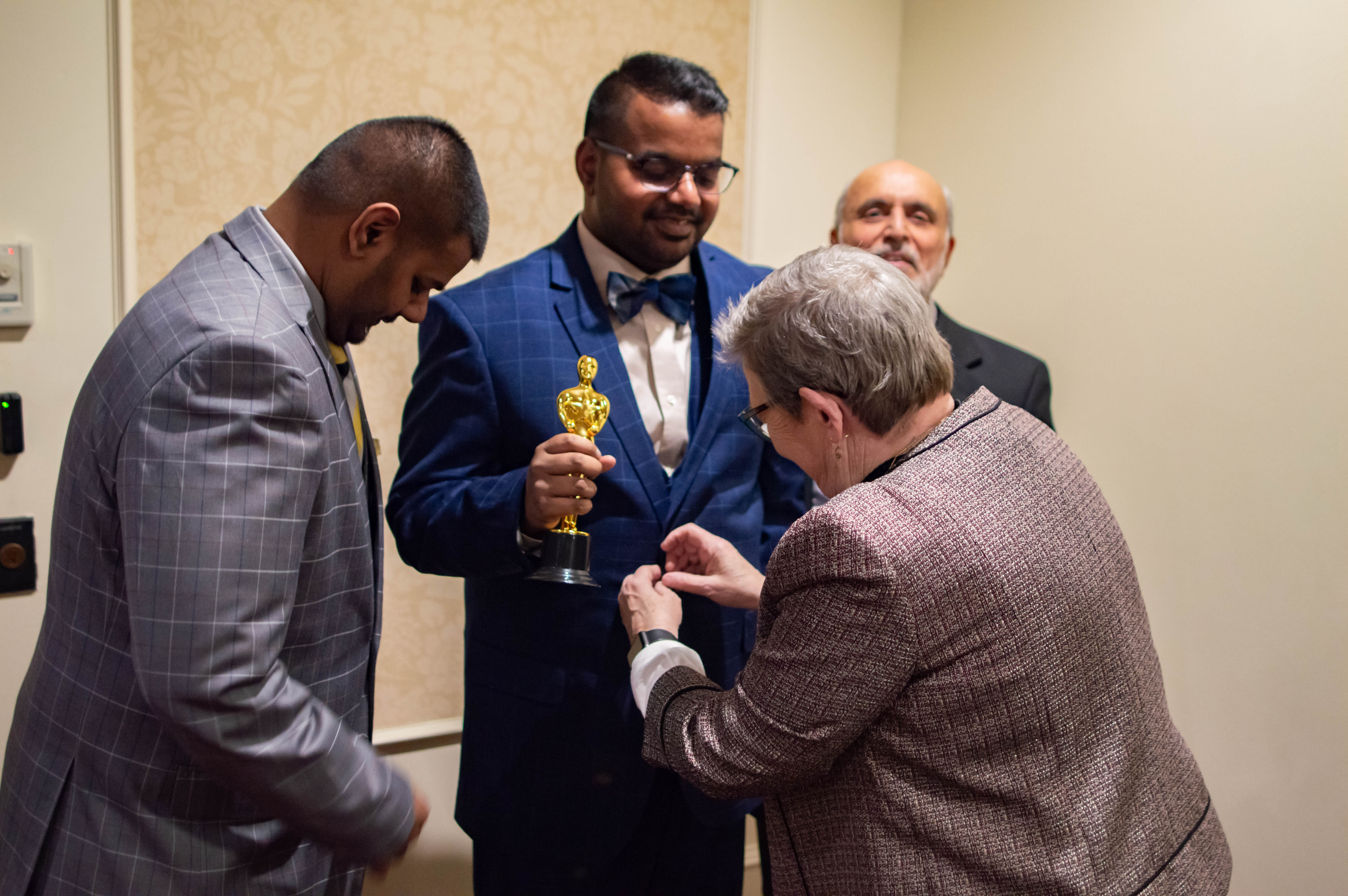 We are led by our Guiding Principles:

All of our programs and services are person centered and we are driven by providing support and increasing empowering opportunities for self-advocates. We strive to ensure that people with disabilities have personal preferences and needs to live, learn, grow, and develop relationships. They have abilities, competencies, and dreams, and should be supported and encouraged to pursue their personal desires. Family support responds to family-identified needs and direct input from individuals with disabilities. It offers families and individuals the opportunity to exercise control and direction over the supports that are available to them.

The Principles that Guide Family Support:
• Recognize that individuals with disabilities and their families are the primary decision makers about their lives
• Focus on the whole family and recognize that benefits to the individual with a disability also benefit the whole family
• Offer flexible options that are responsive to families unique needs, strengths and cultural values
• Afford opportunities for increasing individual self-direction and family control in the planning, implementation, and evaluation of family support services.
• Support the development of the family’s natural capacities for innovation, initiative, and leadership.
• Provide proactive supports to encourage family independence and capacity-building
• Build on existing natural and community supports and maximize the use of generic resources
• Respond to the specific ethnic, cultural and linguistic needs of families
• Respect individuals with disabilities and their families as valued members of the community
• Ensure equitable and fair availability of services throughout the State

All of Lifeworks’ residential programs are designed to create a feeling of community for residents, family members, neighbors and the broader community. Lifeworks recently announced an agreement to merge with its affiliated agency, The Arc of South Norfolk, and become Lifeworks Arc. We recently opened a newly built, five-bedroom house designed specifically for people with significant medical challenges, staffed around the clock with clinical and support staff. To achieve this project, Lifeworks worked closely with the state Department of Developmental Services (DDS), MassHealth, the Town of Westwood, and The Green Company, a Newton-based real estate firm that donated the land for the project.

“This project was an unprecedented collaboration between a person-centered human service provider, innovative state agencies, a welcoming town government and a community-minded developer,” said Daniel Burke, president and CEO of Lifeworks. “Together we have shown how a residential program can be done right for the community and even better for the individuals we serve. We are all proud to make this their home.”

The ranch-style house features five bedrooms, accessible bathrooms, lifts, and a 24/7 staff of nurses and other trained staff members. “The Department of Developmental Services always strives to improve the quality of life for the individuals we serve and increase their access to services in the community and was pleased to partner with Lifeworks and the families who passionately advocated for the creation of this specialized home,” said DDS Commissioner Jane Ryder. “By engaging the community and listening to families, Lifeworks was able to create this innovative, specialized group home, which will make an incredible difference in how we serve this vulnerable and complex population and their families.”

The Lifeworks home was constructed on a 1-acre parcel near the entrance of The Homes at 45, a new neighborhood of 55-plus condominium townhomes under development by The Green Company. Later this year the Town of Westwood plans to accept municipal ownership of the portion of the former Westwood Lodge property where the Lifeworks home is located.

“We are honored to be able to participate in the creation of the Lifeworks group home as part of our affordable housing commitment to the Town of Westwood,” said Daniel Green, president of the Green Company. “It is gratifying to be able to have such a positive impact on the individuals who now live there and on the community of Westwood as a whole.”

The history of Lifeworks begins with the history of The Arc, in the South Norfolk area. The Arc of South Norfolk (for many years referred to as SNCARC), which for over 65 years was a separate but related agency, began in 1954 by a group of concerned parents who were looking to advocate for services for their children. The parents met at the home of Ruth Holman. This group of brave and strong parents were people who chose not to listen to the educators and medical personnel of the day who advised families to have their children placed into state institutions.

Led by Jane C. Smith and Bill Abel, pictured below, The Arc of South Norfolk became a member of The Arc of Massachusetts, a statewide umbrella agency of Arc’s from throughout the state and eventually members of The Arc of the United States. These agencies became leaders in developing integrated, community-based services and in advocating for the closure of state institutions and the advancement of community based residential and employment programming. The Arc, of which Lifeworks remains an affiliated chapter, is the largest human rights and civil rights organization in the world for persons with disabilities.
In 1972, we opened our first employment training program, which today is called Lifeworks Employment Services. In 1973, Judge Tauro issued the landmark consent decree ordering the Commonwealth to move people out of state institutions. In 1975 we opened one of the first community based residential homes for the persons with intellectual and developmental disabilities in Sharon. Early on, our services focused on supporting people who were either living with their families in our geographic area or those who were being discharged from Wrentham, Fernald or Dever State Schools. In 1977, we opened our first Day Habilitation Center at the First Baptist Church in Westwood. We also opened our Family Support Center, to provide family supports to people in our twelve Town Region.

In 1989, due to political and advocacy challenges, our board of The Arc of South Norfolk formed a separate agency with its own board, called Lifeworks. The agency moved the employment programs and residential programs to Lifeworks operating with one President/CEO. This model of two separate but, related agencies then steadily grew, with the addition of services such as our Harbor Counseling Center, the creation of our Family Autism Center, the launch of the ALEC program, our Community Based Day Supports program and eventually 18 residences, 2 employment centers, and 2 Day Hab programs.

Today, our agencies have returned to their past, we have merged to form one agency- Lifeworks which remains an affiliated chapter of The Arc. We provide services to over 2300 people and their families, employing nearly 500 people but always remembering our essential role- to Advocate for those we support, to ensure the empowerment of the choices of the persons we serve and to provide opportunity to enhance their lives each and every day.