Incorporated in 1973, Self Help Graphics & Art is the leading non-profit visual arts center serving the predominantly Latino community of Los Angeles. Self Help Graphics' mission is to drive the creation of new work by Chicano and Latino artists through fine art printmaking and multiple visual art forms. 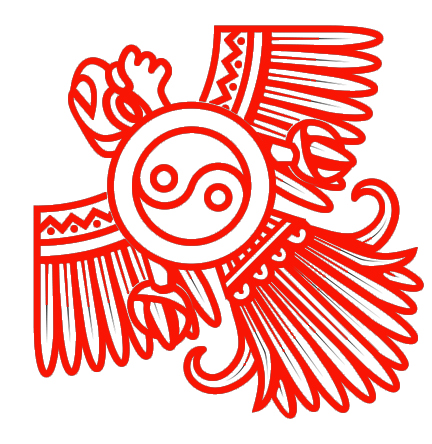 Self Help Graphics and Art is one of the city's historical gems and is widely known in Los Angeles for providing free or low-cost workshops to emerging and professional artists, youth arts education and creative workforce development opportunities. SHG was born in the fervent time of the Chicano Art Movement. Today SHG is the pre-eminent center for Latino art in printmaking, we are a valuable resource for young and emerging artists, we offer educational programming city-wide through our mobile workshops and are a leading exhibition space that provides a platform to artists locally and internationally. As the longest running arts organization in EastLA, SHG serves a critical need for creative expression, allowing a multigenerational community to expand their artistic abilities and find their creative voice. We serve the critical need for the arts allowing the community at large to learn new skills, expand their creative abilities, and practice healthy forms of self expression.

Self Help Graphics & Art’s (SHG) acclaimed Professional Printmaking Program offers artists the opportunity to create limited edition serigraphs and monoprints through a peer-led approach that is dedicated to providing an environment that nurtures and supports our artists’ creativity and careers.

For 42 years Self Help Graphics & Art (SHG) has organized one of the most popular Día de los Muertos events in Los Angeles and perhaps the oldest Day of the Dead commemoration in the country.

SHG’s Art Workshops attract all levels of artists to work in a variety of art mediums such as intaglio printmaking, DIY silkscreening, and many other forms. Self Help Graphics is one of the few places in Los Angeles that offers artists a space where they can develop artistically in a peer to peer setting.

In support of local artists, Self Help Graphics & Art holds an annual craft and art fair each December and February that features adorable and distinctive art, jewelry, housewares, clothing and crafts by local artists and artisans.

Self Help Graphics & Art’s Barrio Mobile Art Studio’s mission is to nurture emerging artists and present Latino art to a broad audience and address the vast demographic that is Los Angeles, while also expanding their audiences and community beyond the East Los Angeles community.

The Annual Print Fair & Exhibition is a highly anticipated showcase filled with panel presentations, demonstrations, and an opportunity for artists that have participated through Self Help Graphics & Art’s Professional Printmaking Program to show off their work created throughout the year.

Participants of the Young Curator Program in collaboration with Lead Exhibition Curators, conduct research, review archives and select historical items to organize themed exhibitions. The program supports young curators in training how to produce an exhibition. Through this mentorship experience the youth are provided with skill-sets in research and exhibition curation, giving them career-building skills they can use for career paths in the arts and in creative industries.

The following goals and objectives are from Self Help Graphics & Art's current strategic plan approved by the board of directors in April 2013.

INFRASTRUCTURE: BUILD STAFF AND BOARD CAPACITY TO LEAD AND MANAGE THE ORGANIZATION AND PROVIDE THE TOOLS AND RESOURCES NEEDED TO DO OUR WORK WELL (EXEC)

GOAL 1: ENHANCE PROGRAMMING THROUGH INNOVATION, CENTERING ARTISTS, AND COMMUNITY ENGAGEMENT
-Develop SHG’s next generation of audiences through forward-thinking programming and events
-Use 40th Anniversary programming to attract new audiences in younger generations and recent arrivals from Latin America
-Develop and implement decision-making analysis and model for board and staff to utilize in evaluating current and new programs and services that closely align with mission explore/integrate innovative art forms. Collect data/Establish criteria.
-Clarify staff and board roles in decision-making and program design, implementation and revision

GOAL 3: ACHIEVE FISCAL HEALTH AND FINANCIAL STABILITY
-Sustain a profitable operating budget of no less than $380K per year in 2013 and 2014. Build a financial operating reserve that will provide a minimum of three months and an ideal of up to six months of operating resources by 2015
-Leverage the 2012 Art Services Study to explore and maximize appropriate earned income source(s) and experiment in marketing prints in new ways
-Develop financial reporting standards balance sheet updates policies.
-Establish and implement internal financial controls
-Approve and implement gift acceptance policy
-Conduct comprehensive financial assessment of programs and operations to determine a sustainable financial model (F)
-Build capacity to implement the fund development plan, including donor information management systems (D)

GOAL 4: INFRASTRUCTURE BUILD STAFF AND BOARD CAPACITY TO DO OUR WORK WELL
-Increase the number of talented, motivated, effective and knowledgeable board members from 10 to at least 16 members by 2015 to support of the Board’s effectiveness and role in supporting the mission and financial health of the organization.
-Establish and implement board training materials and activities to initiate new and current board members.
-Design proposed organizational staff structure for 2013 and 2014 in conjunction with the comprehension financial assessment.
-Staff will participate in a minimum of one relevant professional development course per year
-Continue mid year and annual staff reviews.

GOAL 5: MARKETING TELL OUR STORY, BUILD AWARENESS AND DRIVE PARTICIPATION
-Investigate and identify resources to create a marketing plan.
-Use SHG’s 40th Anniversary to share our story, incorporate the marketing plan
-Support the marketing and communication plan with existing website. Evaluate merchandising and sales options. Test integrating the merchandising via the website through various tactics.
-Engage in an integrated partnership with a local university marketing department to develop a strategic communications plan.

Self Help Graphics & Art (SHG) emerged out of the inspiration and energies of a group of artists/printmakers based in an East Los Angeles garage. The signature community celebration, Day of the Dead was introduced in 1974, and remains the longest running public celebration of Day of the Dead in the country. The community-based and artist-led celebration has continued to grow, attracting enthusiastic attendance to appreciate local artists, musicians, food and arts and craft vendors in a unique celebration reflecting the history and contemporary identity, values, politics and spirituality of Los Angeles’ Latino communities.

The evolution of SHG's focus on printmaking as its core discipline grew throughout the 1970s and by 1979, SHG relocated to a building owned by the Archdiocese of Los Angeles on the corner of Cesar Chavez Avenue and Gage Street and programs became increasingly experimental, in the printmaking studio and in other media, including music and performance. During the 1980s, SHG became known as a locus for the emerging Chicano and Latino artistic and cultural movements. By 1993, an exhibition featuring 20 SHG artists funded by the US Information Agency, traveled to South Africa, Colombia, Honduras, Germany, France, and Spain. Soon after, SHG collections were established at the LA County Museum of Art, University of Texas at Austin, University of Notre Dame, National Museum of Mexican Art in Chicago and others. In 1996, SHG was invited to Glasgow, Scotland by the Glasgow Print Studio to collaborate on Day of the Dead workshops and celebrations and in 2000, the Mexican Museum in San Francisco dedicated "Chicanos en Mictlán: Día de los Muertos en California" to Day of the Dead celebrations at SHG and the San Francisco Galería de la Raza.

As with most small to mid-sized nonprofit organizations, SHG has relied on grants and other kinds of contributed income for operating funds. Financial challenges have been consistent throughout its history, despite support from major Los Angeles foundations and politicians, as well as the National Endowment for the Arts and the Warhol Foundation. Following Sister Karen’s passing in 1997, facilities and financial management challenges continued to impact the organization’s health significantly and increasingly during the mid-2000s, due to changes in the external economic climate. A significant revival has been in process since 2007, including a major relocation from the former facility on Cesar Chavez Avenue back to Boyle Heights, in a building owned by the former Community Redevelopment Agency and directly across from the Pico Aliso Metro stop. Leadership provided by an energetic, knowledgeable Executive Director hired in 2009, Evonne Gallardo, and a revitalized committed Board of Directors has seen the organization through this current period of stabilization and growth.

Our goal is to leverage SHG’s reputation as a revered cultural anchor in LA’s Eastside and ownership of our property to build pathways for artists and community members to access space, equipment and training that will provide economic opportunities in the arts and creative industries world. 2018 has been a monumental year for us celebrating 45 years of building community through art and the purchase of our building in Boyle Heights. After four years of negotiation, this feat makes us the fourth Latinx cultural institution in the nation to own its home. To have agency over our future enables SHG to focus resources on our mission and no longer be at the whim of a volatile real estate market. Self Help Graphics & Art is a cultural anchor and inclusive space that reaffirms the creativity, experiences and voices of the Chicana/o and Latinx community. As a gathering space and resource for partners and community members, our building’s impact goes far beyond our own mission - from an exhibition showcasing our Dia de los Muertos Celebration sponsored by the Getty's Pacific Standard Time PST:LA/LA initiative to a poster-making party for the March for Our Lives (a youth-led protest against gun violence). We will continue to serve Eastsiders and advance Latinx Arts and Culture for generations to come.

Board of directors
as of 11/20/2018
SOURCE: Self-reported by organization
Board chair