Florida CraftArt's mission is to grow the statewide creative economy by engaging the community and advancing Florida’s fine craft artists and their work.

Fund Raising and/or Fund Distribution (A12) 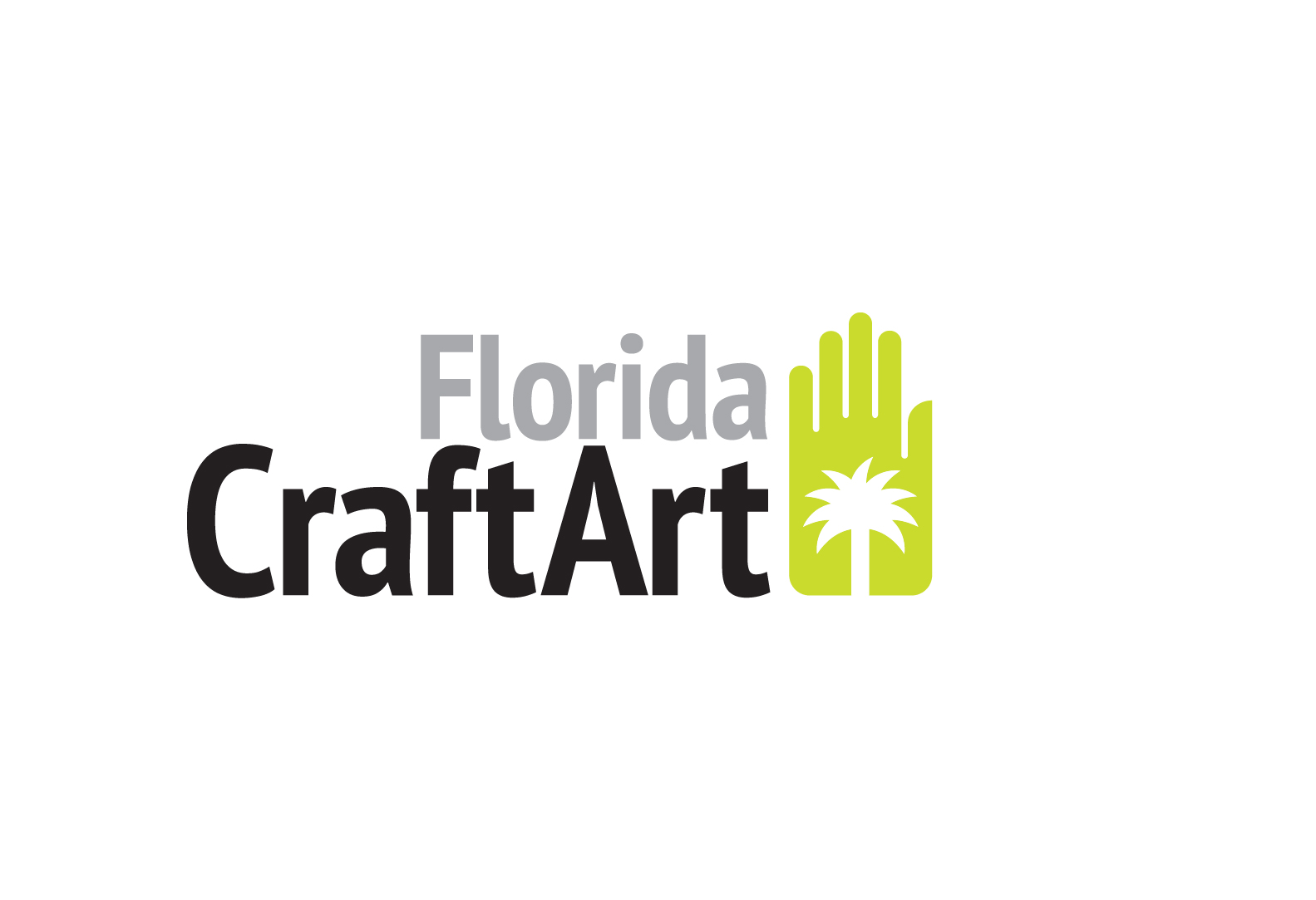 In Florida, there are hundreds of fine craft artists who depend on sales of their artwork to support them financially. Some are top-notch professionals with business and marketing plans; others are mid-level producers who still need guidance, while some are novices. All of these artists need a dynamic place to show and sell their work. They also need opportunities to show in exhibitions.

Educational training for fine craft artists, as well as lectures and workshops for the community

Training for artists about business procedures and methods. Lectures, artist talks, workshops, and demonstrations are also offered to the community to educate about fine craft and collecting.

Fine craft art is presented in the 2,500-square-foot retail gallery, as well as in a large gallery that features curated exhibitions and programming.

Florida CraftArt, requests general program support to sustain excellence for exhibitions and educational programming, and the retail gallery that provides economic support to fine craft artists through sales of their work. These funds will play a significant role in Florida CraftArt's continued support of artists throughout the state, creating opportunities for many to become self-sufficient business owners and helping drive economic development in Florida.

Florida CraftArt's new initiative for educating youngsters and families in the art of fine crafts began in September 2018. The first workshop featured weaving and was ideal for kids ages 6 to 16. The curriculum for the workshops aligns with Florida's Core Standards for Education with vocabulary words, projects, and critical thinking.
All materials will be provided, and the instructors are professional artists. Cost is $5 for Florida CraftArt members and $10 for nonmembers. Scholarships are available for families in need so that there is no financial barrier. Educational workshops for children and families are held on the second Sundays each month. Children must be accompanied by an adult who may also take the class if space is available.

Florida CraftArt gives more than 250 of these artists a place to show and sell their work in a beautiful gallery in the center of the popular downtown district of St. Petersburg, Florida.
In addition, the professional gallery and curatorial staff coaches artists in developing product lines, understanding the needs of their collectors, pricing practices, applying to galleries and exhibitions, gallery etiquette, and targeting new markets. We offer educational programming regarding the business of art, marketing, public relations, social media, branding, business plans, financing, intellectual property, and copyrighting work. We provide online sales through Florida CraftArt’s website. The staff posts several times daily on social media promoting gallery artists.

Florida CraftArt (formerly known as Florida Craftsmen) was initially organized by Louis and Elsa Freund, professors at Stetson University in Deland, Florida, in 1951. Elsa was a jeweler, and the couple felt that an organization dedicated to fine craft would elevate the art form to the status it so rightly deserved. Exhibitions were organized and held annually at galleries, art centers, and colleges throughout the state of Florida, beginning with a show at Florida State University in 1951.
The organization was incorporated in 1977 but had no official headquarters. Instead, it continued the tradition of an annual exhibition and conference with workshops featuring local and national craftsmen. Florida CraftArt settled into its first physical home when Florida Power offered space in its building in downtown St. Petersburg in 1986. It was not until 1995, when George Rahdert offered a reasonable rental agreement for the old Rutland Department store, that Florida CraftArt had a true space that looked and felt like a gallery. The space had high ceilings and spacious windows, and sales in the new space took off. In 2002, Florida CraftArt's board made a bold move and bought the building, which now houses a 2,500-square-foot retail gallery, a large exhibition space, and a second floor, which is home to 20 artists’ studios known collectively as ArtLofts.
Downtown St. Petersburg was still a relatively quiet area at that time, but it has been energized as an arts destination in recent years with Florida CraftArt’s gallery as an anchor leading the charge. In 2014, the organization changed its name to Florida CraftArt and now finds itself in the heart of the Central Arts District surrounded by galleries, boutiques, and restaurants.
Today, more than 250 of Florida’s fine craft artists are showcased in the 2,500-square-foot retail gallery, which is a destination for people looking for gifts, home décor, or simply artful browsing. Every gallery artist is vetted to ensure that the handcrafted art is of the highest quality. Florida CraftArt’s primary goal is the success of the fine craft artists of Florida, helping them develop from emerging artists to profitable professional artists, as well as providing an attractive gallery to show and sell their work. The gallery staff is committed to mentoring artists in product development, marketing, pricing, and business practices.
During the year, eight curated shows are presented in the exhibition gallery that features local, regional, and national artists. FCA is open seven days a week, and admission is free.
Educational programming accompanies each exhibition and includes lectures and hands-on activities and workshops for adults and children.

Every day we hear stories from artists and visitors about the life-changing effect of Florida CraftArt. Hand-beading artist Eleanor Pigman is a great example: “When I first started to sell my artwork at Florida CraftArt, I was not confident and worked part-time at an office job. This amazing nonprofit has helped transform my art career and has given me the confidence to blossom and become successful ̶ through offering me special opportunities by highlighting me as an artist, giving critical and practical advice on types of art to make which would sell, and fostering my being more professional in my presentation. Very supportive staff members are always available and positive. Today, I am a full-time artist, lecturer, and extremely confident. Florida CraftArt made this happen for me. I am forever thankful.”
In addition, FCA entertains and educates the community with diverse, curated exhibitions, creative workshops, artists’ talks, performances, and lectures, all of which are free and open to the public.
Sandy is a senior citizen on a low, fixed income who lives nearby in subsidized housing. She enjoys browsing the art in the galleries, meeting the artists and attending educational programs that she would not be able to afford if there was a charge. Loneliness is a tremendous problem for senior citizens and young mothers alike. Gallery visits and programs provide a socially engaging environment that combats loneliness.
Artists are small businesspersons; however many of them don’t understand the art business or where or how to get started. The phrase “starving artists” has a rationale behind it.
FCA will continue to innovate, help our gallery artists to maintain an income through sales of art, educate and mentor artists, and bring cultural experiences to the community. By using new methods to communicate with artists, members, and collectors, we can extend our reach and impact. Here are some of our plans to produce educational programs for artists presented virtually and in person.
o Creating a Business Structure
o Financial Acumen
o How to protect your art, copyright, and more
o CYA, Insurance
o Take AIM – Artist Inspired Marketing
o Photographing Your Art
o Social Media Savvy
o Working with galleries and gallery etiquette
o Creating a business plan and determining product lines
o Please see the video we created about how to videotape your artist statement:
https://youtu.be/VFeIPywWGqM
Florida CraftArt is committed to make a difference in the lives of artists and the community.

Board of directors
as of 03/29/2022
SOURCE: Self-reported by organization
Board chair