African Parks Foundation of America is the US operation of African Parks, a non-profit conservation organization that takes on the complete responsibility for the rehabilitation and long-term management of national parks and protected areas in partnership with governments and local communities. African Parks manages 18 national parks and protected areas covering over 14.1 million hectares in 11 countries: Angola, Benin, Central African Republic, Chad, the Democratic Republic of Congo, the Republic of Congo, Malawi, Mozambique, Rwanda, Zimbabwe and Zambia. 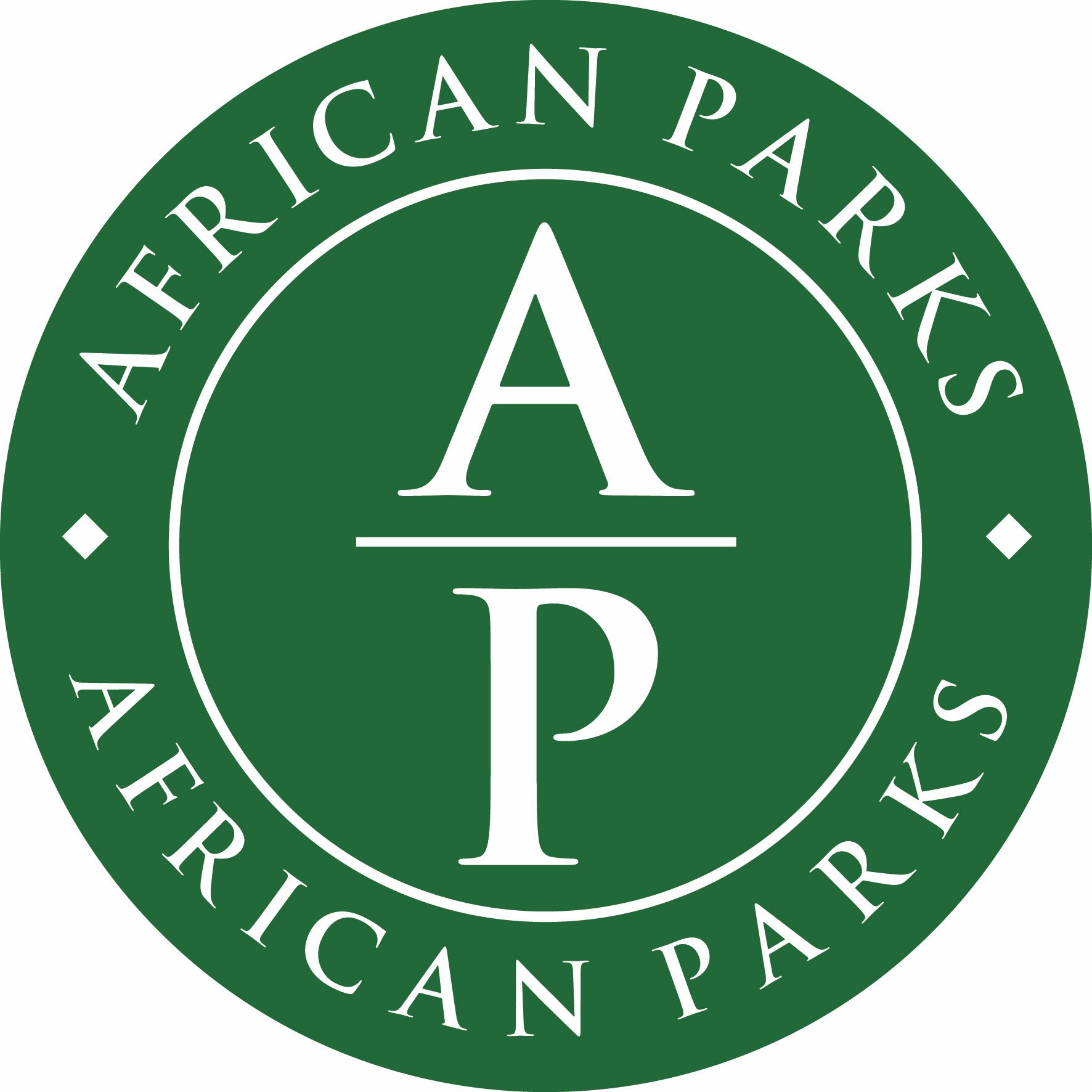 African Parks was founded in 2000 in response to the dramatic decline of protected areas due to poor management and lack of funding. African Parks utilizes a clear business approach to conserving Africa’s wildlife and remaining wild areas, securing vast landscapes and carrying out the necessary activities needed to protect the parks and their wildlife. African Parks maintains a strong focus on economic development and poverty alleviation of surrounding communities to ensure that each park is ecologically, socially, and financially sustainable in the long-term. The geographic spread of protected areas and representation of different ecoregions, makes this the most ecologically diverse portfolio of parks under one management across Africa. Our goal is to manage 20 parks by 2020, protecting more than 10 million hectares.

The most critical and foundational component for the long-term sustainability of any park is effective law enforcement, and this is our top priority. With the largest ranger force for any one NGO in Africa, with 1,000 rangers and growing, African Parks provides safety and security for each park under our management, the surrounding communities, and the broader region. If a park is to become sustainable for the long-term, the security of the parks is a prerequisite for poverty alleviation, economic development, and for providing safety for all wildlife and their habitats.

African Parks is fully responsible for the law enforcement of 15 parks under our direct management, spanning more than 10.5 million hectares. Our rangers are often the only security force, not only for areas around the parks, but across entire regions, providing stability for local people across more than eight million hectares, almost doubling our impact.

In 2017 alone, our rangers conducted almost 113,159 ranger patrol days, up 33 percent from 2016; 501 arrests were made; over 48,151 snares removed and more than 54,493 confiscations were made across all the parks. In Odzala in Congo, our rangers confiscated 31 tonnes of bushmeat and 53 firearms. In Garamba in the DRC, and Chinko in the CAR, our rangers are often the first and at times the only responders protecting refugees fleeing from conflict or from more insidious forces like the Lord’s Resistance Army or other regional terrorist groups.

Wildlife across Africa are under siege, whether elephants for their ivory, rhinos for their horns, or bushmeat for local consumption. African elephants number around 350,000 having decreased from 10 million just over a hundred years ago, and fewer than 25,000 rhinos are left on the continent. Wildlife habitats, such as forests, woodlands, savannahs and wetlands are under enormous pressure, due to the increasing demands of an increase in the human population, and are almost entirely restricted to Africas national parks. Africas ecosystems and biomes are under tremendous strain and they urgently need to be conserved before they collapse, and are lost forever.

African Parks wildlife conservation approach combines habitat management, wildlife reintroductions and translocations, monitoring programmes, as well as relevant research to inform conservation actions. Often the parks require total rehabilitation including the reintroduction of wildlife that has become locally extinct for a variety of reasons. Where necessary, we secure park boundaries through fencing, mitigate conflict, and most importantly we implement stringent law enforcement and anti-poaching practices to alleviate the key threats and provide for safe, secure areas in which wildlife can thrive.

In 2017, we conducted 22 wildlife surveys in seven parks, collared and tracked 196 animals representing 11 species: elephant, rhino, lion, cheetah, giraffe, eland, buffalo, roan antelope, hartebeest, hyaena and the shoebill. In 2017 we brought rhinos back to Akagera, in Rwanda, cheetahs back to Liwonde in Malawi, and will have completed the historic translocation of 500 elephants to Nkhotakota also in Malawi. We documented 81 new elephant calves in Zakouma, Chad where we have practically eliminated poaching, and the population surpassed 557 individuals, which is the first increase recorded in over a decade.

All of this is done with the aim of preserving ecosystems and naturally occurring ecological processes, resulting in healthy watersheds, clean air, carbon sequestration, food security and overall better health for wildlife and people.

Parks are a choice of land use, and therefore local people need to benefit from their existence in order to value them. African Parks provides a multitude of benefits to surrounding communities including establishing mechanisms where local people can engage with the park and ensure their interests are considered in management decisions. We construct schools and provide educational support in the belief that education will always reap long-term societal dividends, and we facilitate enterprise development that enhances sustainable livelihoods. It is these efforts that help to build a critical constituency for conservation, and will ensure the long-term survival of these protected areas.

Local environmental education programmes are established to promote understanding among the local population of the need to conserve natural resources and use them sustainably. Where possible, we also engage with development organisations to provide social welfare services around our parks, particularly in the fields of education and health.

In 2017, 66,000 local people received access to healthcare services from our mobile health clinics and hospitals we funded. Approximately 76,000 children received support for education provided by the parks; we supported 271 teachers and more than 65,000 people received environmental education. Each park we manage is established as its own legal entity with its own board, and we ensure that there is local representation on each and every board created. More than 2 million people who live around the parks and in the region, benefitted from the parks’ existence and their effective management in 2017.

Properly managed parks make a direct contribution to local and national economies. African Parks is one of the largest employers in most of the regions where we work, providing employment opportunities for thousands of people. We enhance economic impact my investing in tourism and other conservation-compatible enterprises with revenues going back to the parks and communities, aiding in economic development and poverty alleviation, eventually reducing the parks dependency donor support down the line.

In 2017 alone, African Parks contributed US$8.54 million towards salaries. Over US$3.9 million was generated from tourism revenue from the parks, an increase of 24 percent from 2016. Last year, Akagera in Rwanda saw 37,284 visitors of which 18,240 were Rwandan nationals and park revenue has increased to US$1.6 million, a 550 percent increase since 2010, making the park 75 percent self-financing in just seven short years. The overall outcome for 2017 was a contribution of US$43.5 million being invested in conservation efforts across Africa by African Parks.

Law enforcement and anti-poaching activities; securing parks for growth of populations of endangered species; re-populating wildlife in parks where endangered species have been lost; creating business models whereby eco-business and eco-tourism can maintain operations within the parks and help both bring the wildlife to attention to the public while providing revenues to help save them. We also seek donations in the US as well as US expertise in animal conservation.

By 2020, our goal is to manage 20 parks and protect more than 10 million hectares. Because of the geographic spread and representation of different ecosystems, this will be the most ecologically diverse portfolio of parks under one management across Africa.

Founded in 2000 in response to the dramatic decline of protected areas due to poor management and lack of funding, African Parks utilizes a clear, business approach to conserving Africa's wildlife and remaining wild areas. While securing vast landscapes and carrying out all activities needed to protect the parks and their wildlife, we maintain a strong focus on economic development and poverty alleviation of surrounding communities in order to ensure our ultimate goal: that each park is ecologically, socially, and financially sustainable for the long term.

Mandates signed for 10 protected areas in seven countries six million hectares under management; the most amount of area under protection by one conservation NGO in all of Africa

An MOU committing us to the development of Ennedi in Chad

Reintroduced lions back to Rwanda in 2015, a species that had been extirpated from the country after the genocide

Stopped an eight-year decimation of Zakouma's elephant population in Chad,

Board of directors
as of 06/02/2021
SOURCE: Self-reported by organization
Board chair