10,000 Friends of Pennsylvania is the leading statewide advocate for responsible and efficient land use and partner for great places to live and work. We work with citizens, organizations, and public officials to create land use, infrastructure, development, and governance policies and projects that strengthen our economy, protect our resources, save money, and build healthy and walkable communities for all. 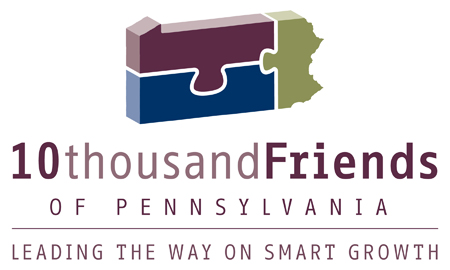 Our Vision 10,000 Friends of Pennsylvania envisions a Commonwealth in which its citizens have a great variety of high quality places in which to live and work; where natural resources are respected and used wisely; where the infrastructure is strong, safe and supports sensible development; where the built environment is planned for maximum convenience, attractiveness, sustainability and economic competitiveness; where governments work together to allocate and share resources and deliver public services effectively, equitably and efficiently; where residents value their communities, find opportunity, and share the benefits of Pennsylvania's commitment to competitiveness through strategic investment and sustainable growth.

Walkable communities, in addition to being economic engines, promote health and encourage healthy lifestyles. Our work focuses on the role of quality community design in promoting both community health and economic opportunity for all.


The Challenge: Many Communities Have the Necessary Assets to Promote Walkability but Lack Capacity, Technical & Financial Resources


Many of Pennsylvania’s older downtown areas and traditional neighborhoods have access to quality building stock, anchor institutions, and public transit service. The challenge that these areas often have is their lack of access to technical capacity and financial resources to leverage these assets in a coordinated and thoughtful way.


The Community Action Team brings together a team of experts — both technical assistance providers and practitioners — to work with local leadership on strategic projects. The Team’s work focuses on the entire process, from community engagement to measuring the results of completed projects. The Team’s composition will depend on the particular needs of each community and the projects the community prioritizes, with relevant technical assistance provided throughout a period of sustained and intensive community engagement.
Community Engagement


· Convene, educate, and facilitate dialogue among community stakeholders on the impact of community design on residents’ health and economic growth.


· Develop a plan to strategically execute the priority projects identified; each plan will include at least one community transportation or strategic public infrastructure project.


· Assist community in managing and executing the development process.


· Assist with the solicitation, evaluation, and selection of private real estate developers, and the structure of resultant public-private partnerships.

The Commonwealth Awards is 10,000 Friends’ signature event celebrating transformational development projects across Pennsylvania that create healthy, vibrant, and resilient communities. The Awards recognize projects and initiatives that promote community resilience, find new uses for vacant and underutilized land, increase opportunities for communities on the rise, and breathe new life into old neighborhoods. Recent Commonwealth Awards events have focused on the transformational revitalization in cities across Pennsylvania, including Pittsburgh, Harrisburg, Lancaster, Philadelphia, and Bethlehem. 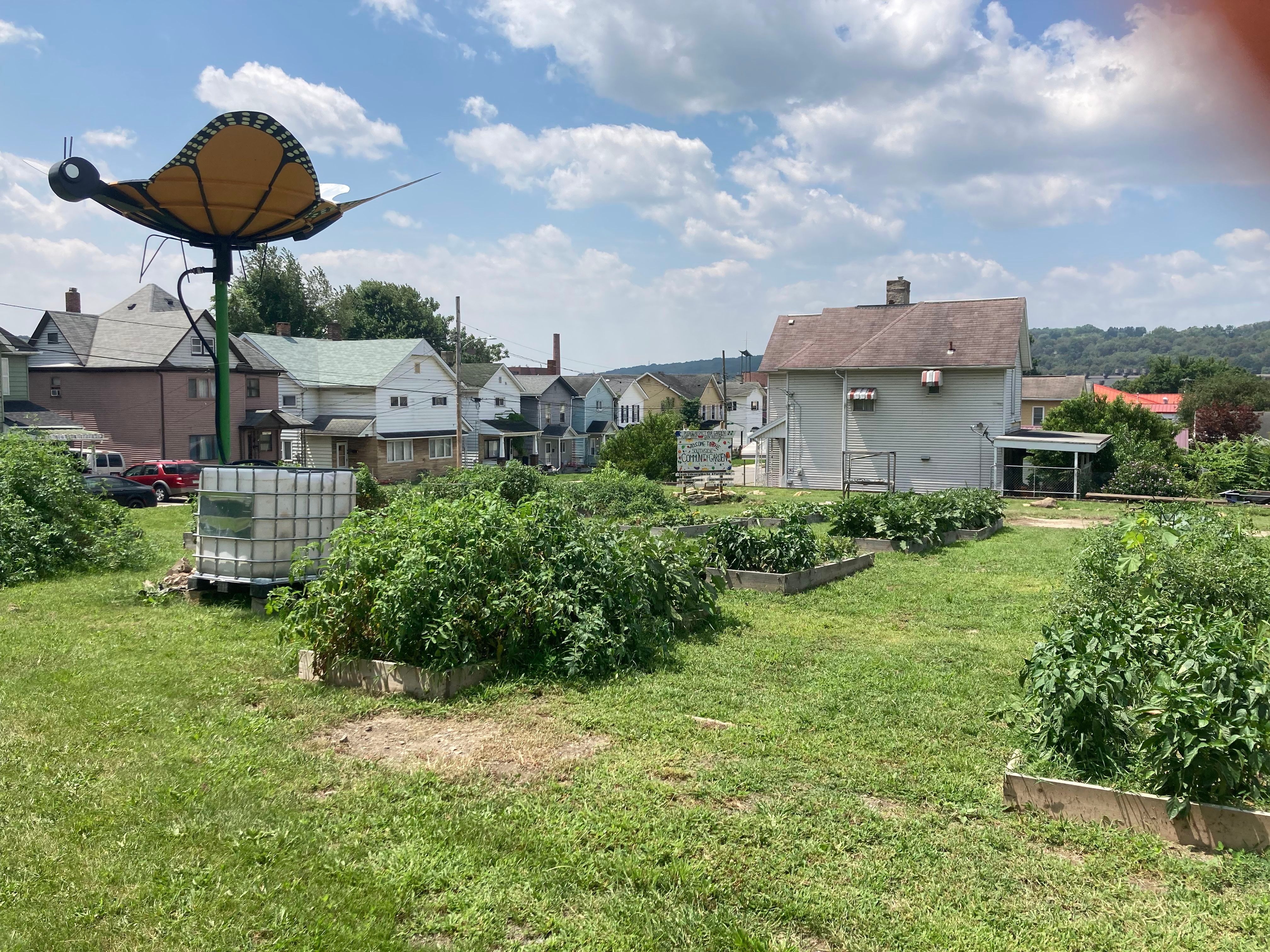 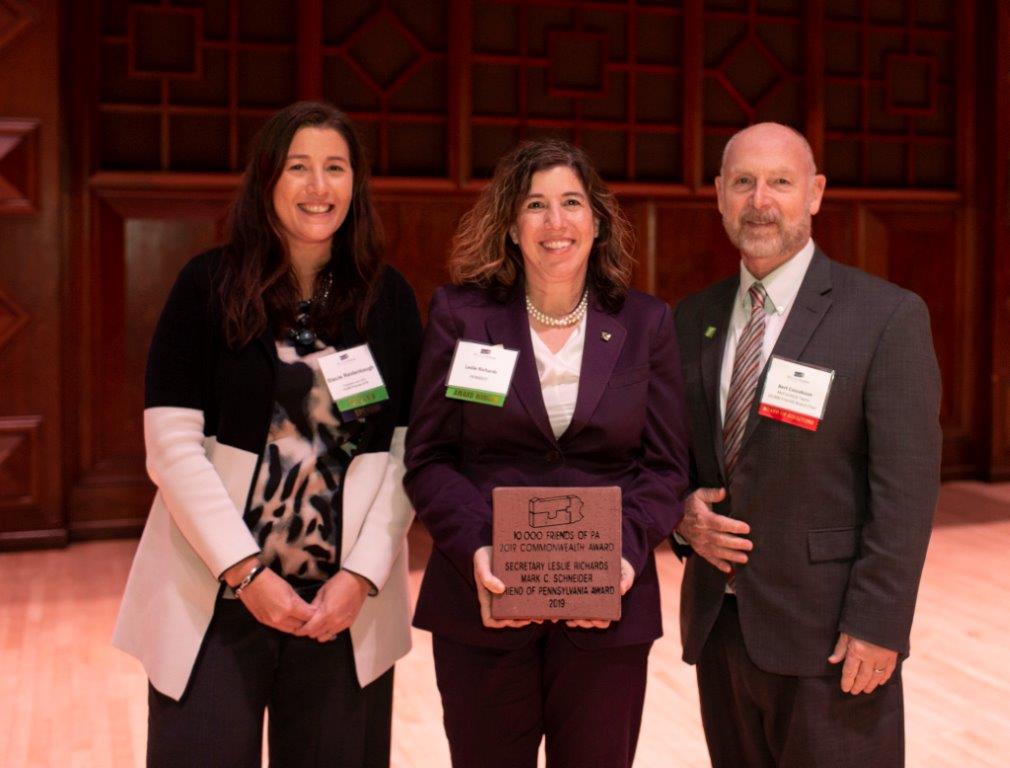 Our Mission
10,000 Friends of Pennsylvania is the leading statewide advocate for responsible and efficient land use and partner for great places to live and work. We work with citizens, organizations, and public officials to create land use, infrastructure, development, and governance policies and projects that strengthen our economy, protect our resources, save money, and build healthy and walkable communities for all.

Our Values
We are a balanced and bipartisan, pro-growth and pro-environment organization pledged to collaboration among Pennsylvania’s leaders. Our work is fact-based, positive and constructive for a better Pennsylvania.

In order to accomplish our goals, 10,000 Friends uses the tools of advocacy, organizing, facilitation and research to:

Seek adoption of policies, including legislation that provide consistent, sustainable, long-term growth strategies to address land use planning, incentives for investment in existing communities, and property tax reform;
Educate, assist and build consensus among state and local leadership; and
Build a strong statewide constituency of local and regional leaders to provide support for policy initiatives
We also provide technical assistance to local and regional leaders and stakeholders to help them build and implement their priority projects. With so many municipalities and entities in Pennsylvania, we have found that providing implementation assistance can often be invaluable to local communities in helping them to build out their plans and visions.

We have begun to develop region-based coalitions of business, civic and government leaders to focus on our overall goal to renew Pennsylvania by specific programming initiatives on:

Throughout Pennsylvania and beyond, more than 240 organizations (and more than 310,000 individuals) have joined together to support our efforts. 10,000 Friends collaborates with statewide and local organizations and agencies to build programmatic partnerships for local impact and coalitions to address policy issues and create systems change in land use and transportation policy on state, regional, and local levels.

Since its inception, 10,000 Friends has built a record of success in strengthening Pennsylvania’s urban, suburban, and rural communities; encouraging efficient housing, transportation, infrastructure investments; and conserving our state’s rural, heritage, and natural resources.

As advocates, we created changes to modernize Pennsylvania’s land use planning law. These changes have led to the most significant advancement of municipal collaboration in the Commonwealth’s history. Our advocacy for Acts 67 and 68 to amend the Municipality Planning Code (MPC) laid the groundwork for Multi-Municipal collaboration around the state. As of 2008, 30 percent of the municipalities in the state have since engaged in a multi-municipal land use planning process. While implementation of formal agreements and full compliance with the plans produced eludes many of these communities, without passage of Acts 67 and 68 many of these partnerships would never have been formed. 10,000 Friends advocacy in the early 2000’s resulted in the passage of Growing Greener II environmental reclamation bond issue, voter approval of the Water and Sewer Bond Funding, and passage of the Uniform Construction Code (Rehab Code) that has reduced cost and red tape associated with reinvesting in older and historic buildings.

As educators, we collaborated with the internationally recognized Brookings Institute to produce and disseminate the publication Back to Prosperity (2003-2007). The document is the most comprehensive assessment to date of the connection between state and local investment decisions, land use and land consumption patterns, and their impact on Commonwealth’s economic well- being. 10,000 Friends also published “The Cost of Sprawl” (2000) which established an economic context for poor land use decisions and “Planning Beyond Boundaries” (2002), which laid the ground work for the discussions related to land use, intelligent investment, and the negative impacts of bad decision making. Other significant research includes: “Plan Regionally, Implement Locally” (2008), “Water and Growth” (2007), and “Sewage Facilities and Land Development” (2007). More recently, we’ve collaborated with George Washington University and the Center for Real Estate and Urban Analysis to study the economic impact and potential of walkable urban places in Pennsylvania’s top ten metros.

We played a leading role, working with the Keystone Transportation Funding Coalition, in successfully advocating for enactment of Act 89, a $2.3 billion state transportation investment bill. The Act established a new multimodal fund to support investments in non-highway modes of transportation, from transit projects to bike and pedestrian improvements. The fund supports projects that integrate local land use with transportation assets to enhance existing communities; make streetscape, lighting, sidewalks and pedestrian safety improvements; and spur transit-oriented development.

Board of directors
as of 4/22/2022
SOURCE: Self-reported by organization
Board chair