Nalanda 2.0 (www.Nalanda2.org) is a 501(c)(3) nonpartisan and nonprofit organization with a mission of making India's higher education system world-class. The future of India and its 1.4 billion people will be decided by how well they are educated and prepared for their careers, life, and lifelong learning. In an increasingly knowledge-based, global, competitive, and connected world, more than ever before, higher education is going to provide a critical foundation for the youth. A vibrant higher education system is also an enabler of upskilling and a thriving research, innovation, and start-up ecosystem. Unfortunately, India’s higher education system is in crisis. Nalanda 2.0 is addressing this important and time-sensitive challenge and opportunity.

In an increasingly knowledge-based, global, competitive, and connected world, more than ever before, higher education is going to provide a critical foundation for fulfilling lives, careers, and lifelong learning. Global forces such as advances in Artificial Intelligence and automation are poised to disrupt the jobs and labor markets. Higher education will play an important role in up-skilling and re-skilling of youth and professionals. A vibrant higher education system also addresses problems that matter to the society and industry, and spurs its economy. Unfortunately, India's higher education is in crisis. Nalanda 2.0 is addressing this important and time sensitive challenge and opportunity. With 1.3 billion people in India, which is close to 1/6th of world's population, Nalanda 2.0’s mission is a win-win for India and its people and the global humanity.

Before a problem can be solved it must be first acknowledged. Thus, Nalanda 2.0 is educating stakeholders on the importance and urgency of transforming India’s higher education system. This includes meeting decision makers and influencers, writing blogs and articles, participating in panel discussions, and giving talks.

Policy-level interventions can have a significant impact quickly and at a large scale. Thus, Nalanda 2.0 is providing nonpartisan evidence-based policy recommendations to decision makers and influencers. And, advising central and state government leaders and policy makers.

Building the University of the Future in India

In 2018 Nalanda 2.0 launched an initiative to build the University of the Future in India,. It has assembled an exceptional Global Advisory Board, developed a master plan, and now actively engaged in securing land and funding commitments. 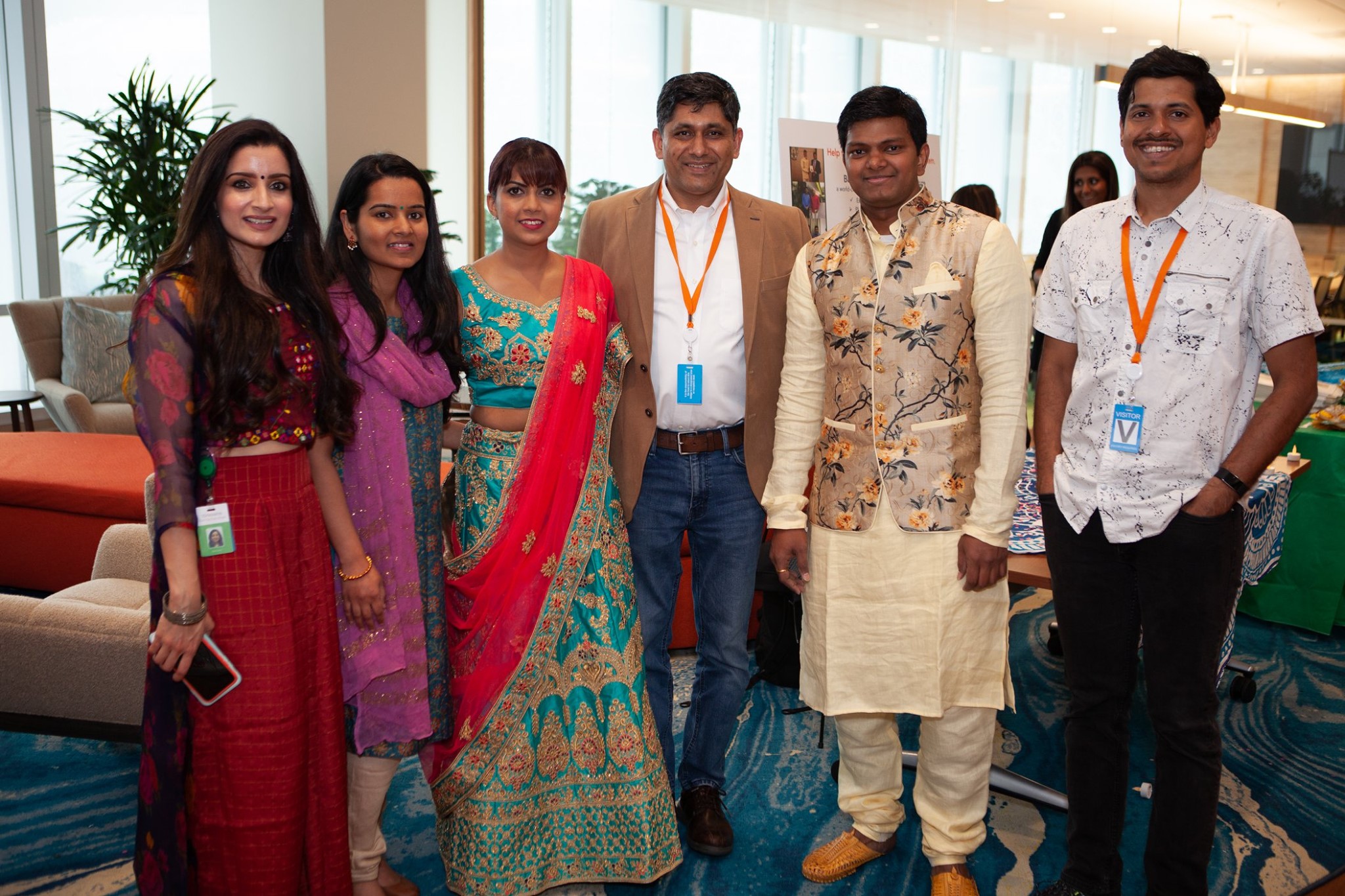 Nalanda 2.0 at a Salesforce Event 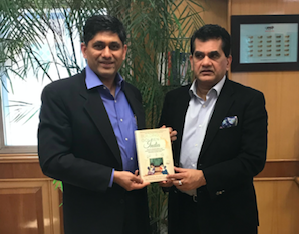 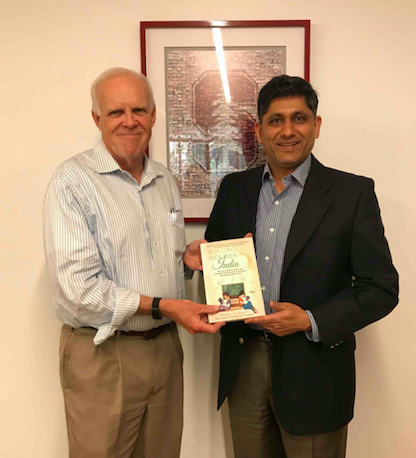 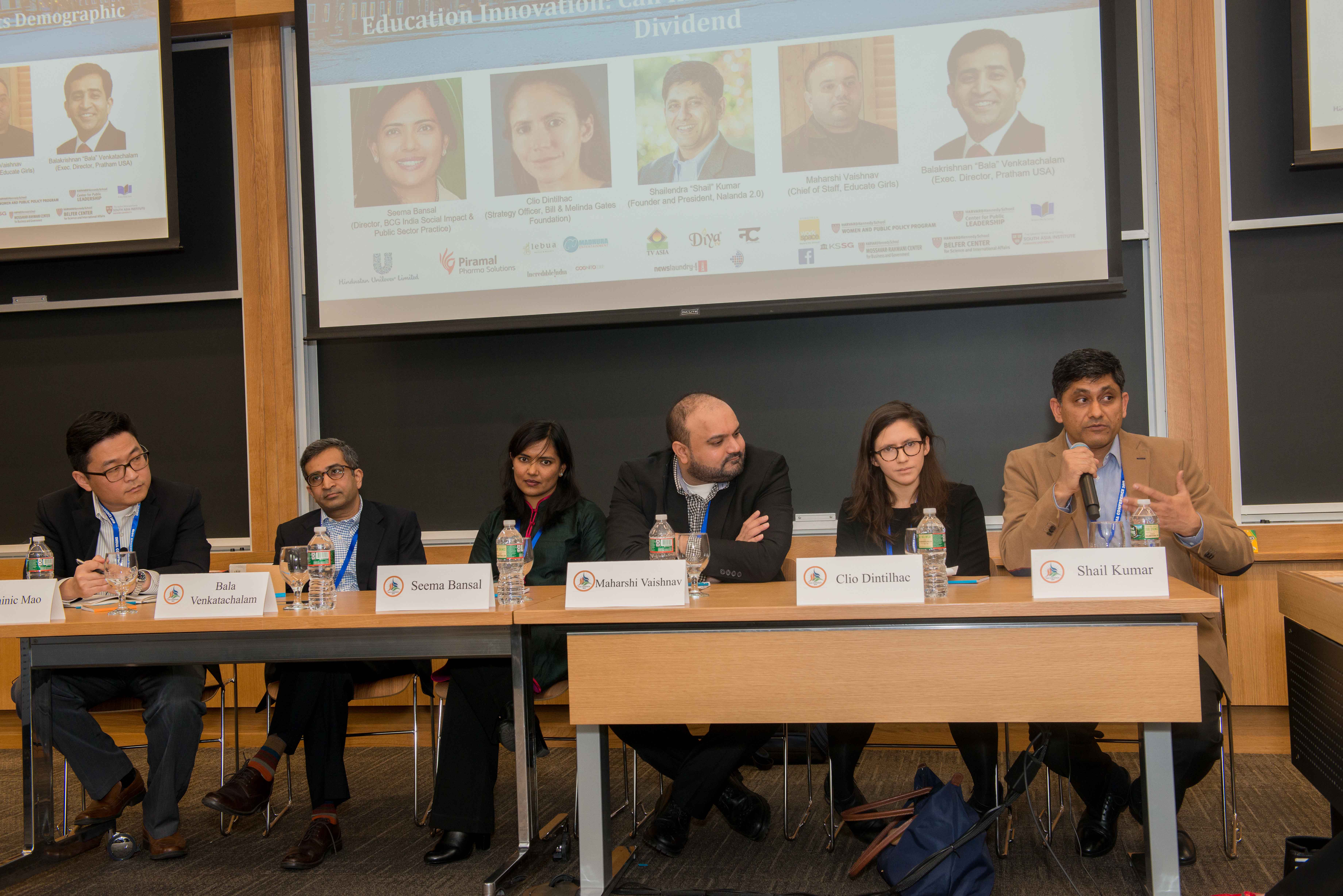 1. Implement: Build a university that would serve as a model for new and existing universities.
2. Educate: stakeholders on the importance and urgency of the mission.
3. Advise: governments, decision-makers, and influencers with evidence-based policy recommendations.

Nalanda 2.0’s mission is make India’s higher education system world class. It is doing so with a 3-pronged approach:

1. Implementing: Implementing ideas at the system and institutional level is critical. Nalanda 2.0 is spearheading the efforts to build the University of the Future in India (UFI)—Stanford of the East—a multidisciplinary research university at the same level of scale, scope, and level of excellence and impact as Stanford.

2. Educating: Before a problem can be solved it must be first acknowledged. Nalanda 2.0 is educating stakeholders on the importance and urgency of transforming India’s higher education system. This includes meeting decision makers, policy makers, writing, making presentations, and participating in panel discussions.

3. Advising: Policy-level interventions can have a significant impact quickly and at a large scale. The higher education challenges and opportunities also cut across party lines. Nalanda 2.0 is providing nonpartisan evidence-based policy recommendations to decision makers and influencers.

1. Led by Shail Kumar, Founder & President, who brings vision, passion (and obsession), and relevant experiences. He is an author of an acclaimed book on this subject, former administrator at UC Berkeley, UC San Diego, founder and CEO of two start-ups, and executive from several Silicon Valley high technology companies such as Applied Materials, Lam Research, Persistent Systems, and FMC Corp.

2. Includes leaders and young professionals as Board of Directors, Global Advisory Council and volunteers. They have invaluable and relevant experiences from academia, industry, entrepreneurship, and civil society.

3. Brings an unmatched and a large network to advance the mission and strategies, and make an impact.

1. Launched Building the University of the Future in India initiative. (See Appendix E for the press release.) (April 2018)
2. There is an across the board excitement for bringing this initiative to reality. It is reflected in the leaders in industry, academia, research, and entrepreneurship who have joined the initiative’s Global Advisory Board. (See Appendix F for the team.)
3. Developed a master plan for the proposed university. (Nov. 2018)
4. Initiated efforts to secure land and raise $150 Million in funding. (Dec. 2018)

1. Shail Kumar, Founder and President, Nalanda 2.0, wrote a book on this subject titled: "Building Golden India: How to unleash India's vast potential and transform its higher education system. Now." (published 2015) Close to 2,000 copies of the book have been sold and gifted. The book has received international acclaim from academic and business leaders.In 2017, a Nobel Laureate presented this book to India’s Prime Minister Narendra Modi. In addition, many decision makers and influencers have read this book.

- Over 1,500 students, faculty members, influencers, and IITians have attended these talks. Articles written by Nalanda 2.0 have over 100,000 views and over 10,000 likes and shares.
- Several state government officials have indicated an interest in working with Nalanda 2.0 to improve their higher education system.
- Started advising Delhi state government. (Sep. 2018)
- Nalanda 2.0 became the Knowledge Partner for reforming higher education in Delhi. (March 2019)

1. Visit India 3-4 times a year and continue to meet and inform decision makers and influencers in central government and state governments, industry and affiliated organizations.
2. Write 3-4 thought leadership articles per year.
3. Make presentations at several forums and conferences in India and the US.
4. Meet with thought leaders and philanthropists in the US and India to advance Nalanda 2.0’s mission.
5. Enable Delhi state government to develop goals, metrics, policies and actions plans for reforming its higher education system. (March 2020)

Board of directors
as of 09/19/2022
SOURCE: Self-reported by organization
Board chair