Serving the children of the world

The Mission of the Kiwanis Club of Lombard is to be a service orientated volunteer organization dedicated to improving the lives of children both locally and globally. This mission is accomplished through financial contributions, acts of service, and continued support of other like-minded organizations.

The Kiwanis Club of Lombard partners with the Ladies of Lexington Square of Lombard in a Hospital Doll Project.

The Lexington Ladies generously give of their time and talents to cut out the doll patterns, sew them, stuff them, and finish them with a Kiwanis logo tag.

Our club then individually packages them with a set of colored markers. The dolls are distributed to several outlets both locally and globally.

Primarily they are used for providing comfort and help children communicate with care/health providers.

Imagine as a small child, ill or injured, being whisked off in an ambulance, surrounded by tubes and other scary equipment, while grown-ups in dark clothing are poking and prodding.
That's enough to cause trauma in just about anyone, let alone a child, so the Lombard Fire Department has come up with a way to help ease children's fears and give them something else to think about.
That's where the Trauma Teddy program kicks in; teddy bears handed out that help soothe and distract children while they are being treated in an ambulance and/or being taken to a hospital.
EMS Coordinator Lt. Frank Gallione, who has been with the Lombard Fire Department for 29 years, said he estimates the Trauma Teddy program has been around for at least 25 years, although he's been working with the Kiwanis Club of Lombard for about eight years.
The Kiwanis Club is a child-centered organization, said member Mary Beth Lynch, adding that the club donates money to help pay for custom T-shirts for the Teddy bears.
Gallione said that while he doesn't know exactly how many he's ordered over the years, "We order a good supply every year."
Once the bears and shirts come in, the Kiwanis Club meets to dress them in their shirts, according to Lynch.
For her, it's a worthwhile cause, because "kids are so frightened when they have to go in an ambulance."
Gallione knows what it's like when a child gets scared, and when asked if he has seen how the cuddly stuffed animal helps children calm down, he responded, "Many, many times."
"Some of the kids are so timid and shy," he described, and of course, "nervous and afraid."
Seeing something as relatively painless as a blood pressure monitor, "even that's scary to a little one," the lieutenant related, so when the paramedics offer up a Trauma Teddy, "it will take their mind off...very cuddly, very soft...even if it's briefly."
Gallione said that seeing sick children is "one of the most difficult, heart-wrenching" situations he encounters as a paramedic, and in the past, it was a pen light or stethoscope that the paramedics would creatively use as a distraction.
But, with the Trauma Teddy, "once we give it to them it's theirs," he said, and when asked how many he thinks the fire department has given to children, he responded, "I couldn't begin to imagine how many."
"Every ambulance has a stock of them," added the lieutenant.
He commented that the child of a Kiwanis member, who is now in high school, still has a Trauma Teddy from childhood. The lieutenant said it was interesting to see how they have changed.
The bottom line is that the stuffed animal turns into "some sort of comfort to give a sick or injured child."
The Kiwanis Club of Lombard will be meeting tonight, March 22, at 7 p.m. to dress the stuffed animals, and invites anyone interested to stop by and help. The club will meet at Sunset Knoll Recreation Center, 820 S. Finley Road, Lombard.
For more information about the Kiwanis Club of Lombard, visit kiwaniscluboflombard.org.

With the help of trained engineers, we volunteer to adapt small motorized cars to be used as a therapy tool for children with spina bifida, other children with different diseases, like polio or cerebral palsy.

Key Club is a community and school service club that takes an active role in assisting individuals and groups Student members develop leadership through involvement with the Lombard Kiwanis Club and other service clubs throughout the community. By helping Kiwanis, the club sponsors funds for college scholarships, and offer assistance to other needy community projects and citizens. Key Club members become part of an international organization that offers a club member magazine and regional, national, and international leadership conferences. Some service activities and fund raising projects that members perform include: car washes, Big Brother/Big Sister student assistance programs, food drives, clothing drives, book and toy drives, and friendship activities. 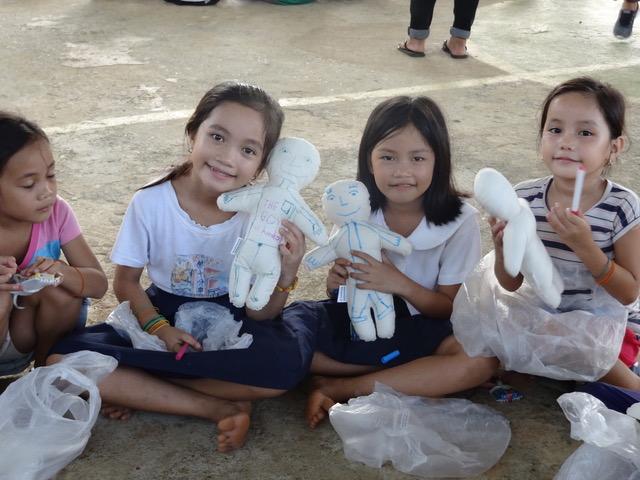 Board of directors
as of 2/25/2021
SOURCE: Self-reported by organization
Board chair