Life On The Streets

To Network With Other Agencies To End Chronic Homelessness With Financial, Food Contributions And Aftercare Services to Families, Men, Women, Children And The Most Vulnerable Who Are In Need.

Skidrow Advocacy Group Is A 501(c)(3) Non Profit Public Charity To Eradicate Poverty & Homelessness To Motivate, Inspire All To Be Self Sufficient 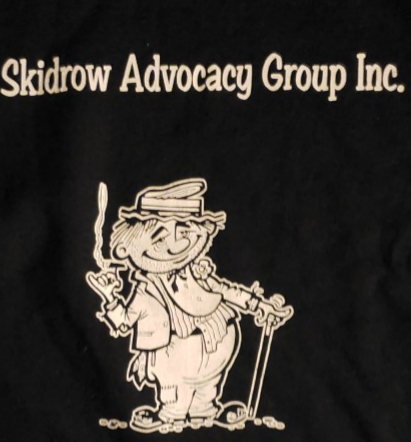 This program is designed For Outreach For Homeless Families ,Women, Men and Youth Who Are Homeless and on the verge Homelessness due to not having the resources that available

Number of suppliers with whom the SME/Coop/Enterprise has an agreement, contract, or ongoing business relationship as a result of the nonprofit's efforts

Our Website Followers Increased And Views Over 400k March, 2019

This Is Based On Views From holonis.com/skidrowadvocacy

Creating More Street Advocacy Working With Other Groups Which Share Our Mission Statement. Network With Federal, State,, And City Leaders.

We at Skidrow Advocacy Group Inc. By Staying Focused Our Mission Statement On To Get The Community more Involved. Increase Our Presence On Boards That Share The Same Mission.

Relocating To long Beach, Ca. Helping 500 People In 2018 And being Present With the Homeless Agencies That Who Are Out To Make Positive Changes To Stay On Course In Eradicating Homelessness, Poverty To Most Vulnerable Our CEO Is On Two Major Boards That Address Homelessness and Poverty

Board of directors
as of 1/18/2022
SOURCE: Self-reported by organization
Board co-chair