The Center for Learning with Nature

The Center for Learning with Nature (www.LearningWithNature.org) is a non-profit organization improving the lives of young people around the world by revolutionizing how school subjects are taught, integrating wonder and inspiration from the natural world into how schoolchildren learn daily. The natural world is a unique educational partner in enriching how schoolchildren learn science, technology, engineering, arts, and math (STEM/STEAM) in rigorous ways that simultaneously foster student engagement and creativity; prepares them for college/career; and raises their aspirations, skills, and resolve to create a thriving, sustainable world. Innovation inspired by Nature (also known as bio-inspired innovation, biomimicry, or biomimetics) is one of the fastest-growing drivers of breakthrough technology and design today – everything from biodegradable electronics, resistance-proof antibiotics, and life-friendly cities – providing incomparable opportunities to teach STEAM in a captivating as well as 21st century way. Through award-winning, standards-aligned, original curricula integrating STEAM education with Nature-inspired innovation, The Center for Learning with Nature helps teachers foster students' admiration of the amazing world we live in and their aspirations to create a human-built world that works with rather than against Nature, in order to enrich the educational experiences of students and accelerate humankind's transition to a more prosperous, equitable, and enduring way of life. 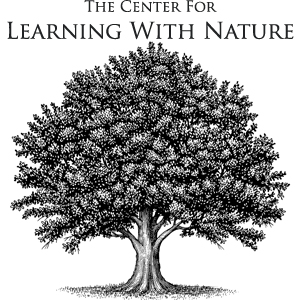 We develop original and captivating, award-winning, standards-aligned, Nature-enriched curricula for all STEM/STEAM subjects, including engineering, math, chemistry, and life science.

We provide peerless professional development to primary and secondary teachers in Nature-oriented STEM/STEAM.

We leverage our work by collaborating with other education organizations. For example, we partner with the College of Education at the U. of Louisiana (Lafayette) to train and equip faculty members to integrate Nature-inspired STEM into their teaching programs, in a project funded by the National Science Foundation. We also are working with several non-profit organizations across Europe to help bring Nature-inspired innovation into youth education there, in a project funded by the European Union.

Number of students impacted by our work

We infer this figure by the number of teachers we reach through professional development, curricula, and public speaking, multiplied by an average number of students teachers reach per year.

Percent of teachers who voluntarily complete our professional development

Since teachers are free to attend our trainings, we can gauge their interest by the rate of attrition. Anything above around a 90% completion rate suggests teachers are genuinely interested in our PD.

Our mission was born out of the realization that young people are unwittingly – though effectively by omission – taught in schools that Nature is unimportant and unconnected to modern life. Our efforts have thus been to create new kinds of curricula and train teachers in order to transform learning in K-12 schools into a process that occurs with Nature, rather than largely without it, recognizing that it is not through field trips and the like that this will be accomplished, but through regular, daily school curricula and experience in classrooms and schoolyards. Our goals have thus been to create curricula and train teachers to help school communities understand the connections between school subjects and the greater natural world, enrich children's educational experiences, foster a love of learning and of Nature that lasts a lifetime, and most importantly, make the aspiration to fit in on this planet inseparable from formal education… and thus, in time, real-world practice.

Our strategy is to foster a connection to the environment in young people, and the skills to sustainably develop in harmony with it, through public schools. Why school? Because in their first 18 years of life, young people in the United States cumulatively spend 6.5 years of school days within the four square walls of school classrooms – far more time than they spend in any other educational setting, afterschool programs, weekend outings, and summer camps combined. During this lengthy and formative period of a young person's life, very little of what is learned in school is related to the natural environment, save one lone year of high school biology class, a mere 1% of total K-12 instructional time. As a consequence, young people leave school today thinking modern life – ostensibly what school is preparing them for – has nothing to do with the natural environment, much less being fundamentally dependent upon and enriched by it.

Many organizations steer away from trying to work in the public educational system, but working through public schools has many important advantages: the formal educational system provides ample opportunities to engage students cognitively and emotionally over long periods of time, that is, in a deep, enduring way. In addition, that infrastructure already exists (so it doesn't need to be created) and it already reaches nearly every single young person in the United States. Public education is arguably the greatest existing change agent on the planet, therefore, even if it is not particularly easy to change. To have a chance, one has to begin with standards-aligned, field-tested curricula that meet teachers' needs and administrators' requirements; while successfully producing the desired understanding, optimism, aspirations, and capacity in students. Also necessary is to successfully engage and inspire teachers so that they use that curricula, which requires training teachers in a way that instills enthusiasm and confidence, as well as competence.

More than any other factor, a child's educational experience becomes transformative through the action of great curricula and teachers. That's why we focus on the fundamentals. We've inspired and equipped thousands of teachers through professional development and curricula over the years, providing teachers with standards-aligned ways to rivet students' interests and raise academic performance, their college and workforce readiness, while simultaneously enriching each student's appreciation for the extraordinary world we live in and their aspirations and capacity to improve the world for the better through STEM.

We are uniquely positioned for this work, in large part because of the experience and commitment of our director. Mr. Sam Stier is an ecologist, curriculum developer, and teacher trainer who has helped bring the fascinating and hopeful world of Nature-oriented STEM teaching to educators all over the world.

Mr. Stier has served as an environmental consultant to The Nature Conservancy, Conservation International, U.S. Peace Corps, U.S. Fish and Wildlife Service, World Bank and others, and served as a Peace Corps Volunteer to the Philippines from 1997-2001. In 2003, Mr. Stier was awarded a fellowship from the National Science Foundation in Curricula Development, which he spent testing outdoor science activities he designed in rural elementary and middle schools in Montana.

Mr. Stier's biological research has been published in peer-reviewed scientific journals, his curricula has been published in top tier science teachers' journals, he has published a book with Chelsea House on the Philippines for young readers, and contributed to a book on biomimicry with Candlewick Press for children. Engineering Inspired by Nature, an award-winning curriculum Mr. Stier created for middle and high school students, is now used in schools across the United States.

Mr. Stier holds an M.S. from the School of Forestry and Conservation at the University of Montana, and a B.A. in Communications from Brown University. He was appointed to the Next Generation Science Standards Task Force by the Office of Planning and Instruction, Department of Education, for the State of Montana in 2012. In addition to directing The Center for Learning with Nature, Mr. Stier also teaches sustainable design as a faculty member at Otis College of Art and Design.

Under Mr. Stier's leadership, we are uniquely positioned to conceive and carry out this work.

While we have accomplished a great deal, there's still much, much more to do. Just a few years ago, no one in K-12 had even heard of innovation inspired by Nature or Nature-oriented STEM. Today, hundreds of teachers incorporate these materials and methods in their classrooms, influencing tens of thousands of young people each year. That said, there are thousands of more teachers to reach.

The Center for Learning with Nature
lock

The Center for Learning with Nature

Board of directors
as of 3/26/2020
SOURCE: Self-reported by organization
Board chair