Educational Services and Schools - Other (B90) 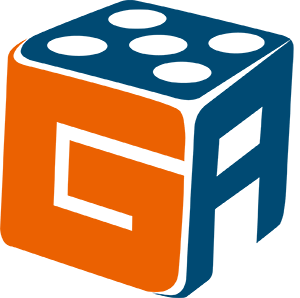 Participating students join EGP once a week online (formerly at our educational center or at a hosting location) for a two-hour game session that engages them in collaborative storytelling. A maximum of six participants and one or two educators (who serve as the narrator and game master) populate each session.

SWEL Summer Camp will employ edu-larp, a structured, live action roleplay experience that teaches through social enactment and reflection as the primary mode of engagement, with a focus on social wearable devices aimed at augmenting the girls’ interactions during the camp experience.

Enrollment for EGP and the summer camp held steady from 2018 to 2019. New clients increased significantly in 2020, but retention decreased due to pandemic-related life complications.

TGA’s secondary goal is to expand its reach and refine its praxis. Expansion is defined as accessing increasing numbers of students both directly and through school partnerships. Refining is defined as informing program metrics through collaborations with educators and academic studies of the enterprise.

TGA carefully crafts the narrative for the role-play experience of participants months in advance, creating character sheets, general plans for the narrative arc, and guidelines for staff to follow, as per standard larp and RPG designer practice. The story arcs are written by game designers, but individual players determine the details of how the story plays out.

TGA’s strategies to achieve its goals also include contributions to the academic body of research related to role-play games (RPGs). In addition to its project with UCSC, TGA is also working with the University of Michigan, informing curriculum on a university course that trains educators to use RPGs as educational tools. TGA is pursuing additional funding and partnerships to study RPG learning objectives. We posit that students who play a game with learning objectives (e.g., role-playing the American Revolution) will retain information better than those who use a textbook to learn. A study would assess this pedagogy by testing for comprehension and retention at six months and a year after learning a subject.

TGA anecdotally tracks the growth of participants through the program, using lessons learned to shape adventure designs and develop pedagogical primers. Our strategies include partnering with educational institutions and academic groups and continuing to build partnerships in the education and gaming industries, with the goal of expanding access for students and alumni.

Joshua Archer, M. Ed., Co-founder and President of the Board of The Game Academy (he/him) brings six years of overseeing immersive role-playing camps to the project team, as well as technical expertise from years of working as a software engineer. Archer has a Masters of Education with emphasis in Teaching, Curriculum, and Learning (TCL) from Sonoma State University (SSU).

All members of the TGA educator staff hold, at minimum, a bachelor's degree. Our Lead Educator / Program Manager Bert Holcolmb (he/him) is credentialed as a teacher with a Multiple Subject Teaching Credential from Sonoma State University (SSU). Interim Executive Director Sean Borelli (he/him) has an MA in Practical Philosophy and Applied Ethics from University of North Florida. Curriculum Developer Jasmine Florentine (she/her) has an MS in Mechanical Engineering from MIT. Curriculum Developer Aaron Vanek (he/him) has a Master of Fine Arts degree in Cinema Art and Science: Cinema Directing.

Board of Director affiliations:

Joshua Archer (President, Chair of Board, he/him): A gamer for 42 years, Archer is well connected in the gaming community and with multiple game publishers (Paizo, Wizards of the Coast, Monte Cook Publishing, Evil Hat). He is a member of the board of directors of the Organized Play Foundation and a former organizer for the Pathfinder Society organized play community.

Michael Azzolino (Member, he/him): A gamer for over 40 years, Azzolino is very well connected in the gaming community (players, creators, writers, publishers) and has served as the host of Chronicles Pathfinder, an Ennie Award-winning podcast. He is a former organizer for the Pathfinder Society, a former organizer of KublaCon and DunDraCon (popular game conferences in the SFBA), and a writer for Storm Bunny Studios game publisher.

Martin Caplan (Member, he/him): For over twenty years, Caplan has served as member and creator in the game publishing industry, working for companies including White Wolf Publishing, Wizards of the Coast, Play Studios, Robot 11, Zynga, Sega, Bioware, Sixense, Mosaic, and Pixar. He is the Founder of Paragon Games and Co-founder and producer of The Mystic Midway performance art and gaming nonprofit.

Fiona Rene (Member, he/she/they): A professional actor in Los Angeles, Fiona Rene is also an immersive director, voice artist, and on-camera actor in all mediums. They are the creator and educator of their own curriculum, "Method for Being: Acting in Immersive Entertainment".

What began as a three-person start-up operation serving 12 students has evolved into a local employer serving over 150 students. TGA’s operating budget doubled in the past year. While our target participant pool is from 8 years to 18 years old, our students typically join us around the age of 10 or 11, and stay with us for five years or more. Our attrition rate has typically been much lower than our new student inductions, allowing for a 30-50% growth each year from 2016 to 2019. Our experience of 2020 and 2021 have been anomalous, due to COVID-19, where our attrition rate and new student inductions appear to be roughly balanced.

SWEL Summer Camp will employ edu-larp, a structured, live action roleplay experience, with a focus on social wearable devices for coding education. The camp experience will enhance middle school girls’ computational literacy and motivation. The project takes a fresh approach to an ongoing, pervasive, and persistent societal issue: women are still drastically underrepresented in computing careers as compared to their proportion in the general population. The struggle to create and maintain a robust pipeline of women in computation begins early--middle school is a time when many girls lose interest and confidence in pursuing technical education and careers.

At an individual camper level, the camp is designed to raise girls’ interest, perceived competence, and involvement in computation and ubicomp design. At a group level, the camp will increase a sense of computational community for the girls that makes pursuing computational skills more relevant to their identities and lives, and that helps scaffold their continued participation in computing. Once demonstrated, in its third year, this project will publish materials for broad replication.

The Rainbow Community Center staff are collaborators with TGA on a LARP curriculum meant to demystify and communicate the LGBTQAI+ community experience to advocates and allies.

Canal Alliance social service nonprofit in Marin exists to break the generational cycle of poverty for Latino immigrants in Marin and their families by lifting barriers to their success. The partnership with Canal Alliance provides TGA with access to an immigrant Latino student population in search of innovative avenues to academic success.

The University of Michigan has invited The Game Academy to inform curriculum design intended to train educators who would use role playing games (RPGs) in the classroom, as part of a four unit class the University is developing.

Board of directors
as of 4/22/2021
SOURCE: Self-reported by organization
Board chair