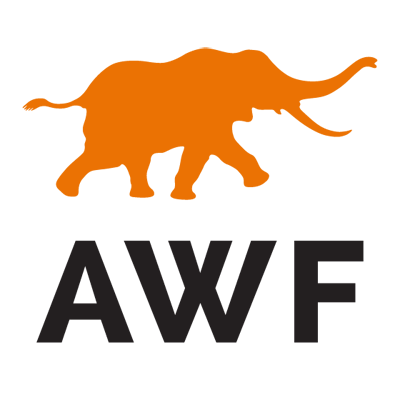 Elephants, lions, giraffes, and rhinos are only some of Africa's magnificent wildlife species at risk of disappearing forever. In just the last few decades alone, the world has lost more than 60 percent of forest elephants and more than 40 percent of lions. Poaching, driven by global demand, is at crisis levels. But it’s habitat loss that poses the most extensive threat to African wildlife. The state of rainforests in Africa and around the world is an example. Scientists estimate that if current deforestation rates go unchecked, rainforests will be gone in 100 years -- and most of their inhabitants with them. The picture is bleak, but not set in stone. There is a growing consciousness that thoughtful economic and infrastructure development can and should incorporate conservation priorities. AWF helped bring about this change and works tirelessly every day to ensure a positive future for Africa's wildlife and wild lands.

AWF’s unique large-landscape approach to conservation focuses on identifying Africa's great wild spaces and working with governments and other partners to secure these spaces as a home for wildlife — piecing together parks, private lands, and community lands. AWF supports the management of parks and explores new private-land conservation approaches to protect critical wildlife habitat.

- In Simien Mountains National Park in Ethiopia, home to gelada monkeys, Ethiopian wolf and other wildlife, AWF turned to its signature strategy: the cluster approach. AWF groups a variety of interventions in the same landscape to address wildlife protection as well as livelihood and educational needs. AWF worked with the Ethiopian Wildlife Conservation Authority (EWCA) to co-manage the park and helped develop a park tourism plan and trained trekking guides. AWF and EWCA also worked with the community on a strategy to reduce grazing in the park; ultimately, the community designated 70 percent of the park as a no-grazing zone. AWF has provided funding support to a local partner that educates community members and recruits people to become wolf ambassadors who monitor this key predator’s activity. Through our flagship Classroom Africa program, AWF rebuilt Adisge Primary School, situated just outside the park. Classroom Africa brings bright, airy, high-quality schools, qualified teachers, and conservation education to remote communities. In a big victory, Simien was removed from the List of World Heritage in Danger in July 2017.

Even where land and habitat have been secured, certain species face unique threats and require a targeted conservation approach. Populations of rare and endangered species, such as the rhinoceros, gorilla, and all of the great cats, have been diminished due to poaching, disease, and conflict with humans. AWF uses a number of methods to monitor and protect key populations and ensure these species survive and thrive in their native habitat. One of these tactics is to provide funding to partners on the ground through the Species Protection Grants Program. The program offers a way to directly combat wildlife trafficking as it funds projects that help to stop the killing and stop the illegal trade in African wildlife.

- In Hwange National Park in Zimbabwe an elusive predator — the endangered African wild dog — faces increasing pressure from habitat fragmentation, human-wildlife conflict, and, most urgently, poaching. AWF funds Painted Dog Conservation (PDC), which has an anti-poaching unit and community outreach campaign aptly named “Zero Tolerance to Wildlife Crime.” On average, the anti-poaching patrols remove more than 100 snares per month while apprehending poachers, destroying poaching camps, and disposing of cyanide traps. Between April and December 2016, eight poachers were arrested, and, in areas with regular ground patrol presence, poaching has declined. Most importantly, the painted dog population in Hwange is stable.

- Canines for Conservation, the detection dog program AWF launched in 2015, continues to see remarkable success. Detection dog units trained and supported by AWF have been stationed at airports and seaports in Uganda, Kenya, Tanzania, Botswana, and Mozambique. Since the program started, the detection dog units have uncovered more than 180 incidents of hidden ivory, rhino horn, pangolin scales or other illicit wildlife products. Where they are deployed, the Canines for Conservation teams have served as effective deterrents for those thinking about engaging in wildlife trafficking.

- Confiscating contraband and even arresting poachers is only part of the battle. Prosecuting crimes is necessary to deter poaching. To support efforts in prosecuting wildlife trafficking crimes, AWF continued its judicial training workshops in a number of locations in Africa. The workshops target prosecutors, magistrates and law enforcement officials. Along with partner Space for Giants, AWF is developing a rapid-reference guide for prosecutors to use in trafficking hearings. It lays out the documents and procedures needed to submit evidence gathered by canine handlers and discusses how to successfully use canine-handler testimony.

AWF was founded on the belief that conservation efforts must ultimately rest in the hands of the people of Africa who, with educational support, will construct a viable platform to conserve the continent's wildlife heritage. Over the past decades, AWF has sponsored hundreds of young African conservationists to study wildlife management and to acquire higher degrees in conservation-related fields. Beyond formal education, AWF works to train local people and build the capacity of African institutions to protect and manage wildlife.

- AWF’s Classroom Africa initiative, launched in 2013, builds local primary schools in return for a significant conservation commitment from the community. Classroom African students learn about ecosystems and why it is imperative to protect wildlife and the environment for future generations. In the Sekute community in Zambia, the Lupani Community School was built as an incentive to protect almost 50,000 acres of critical elephant habitat. Student enrollment tripled and the school has become one of the region’s top performers.

For nearly 60 years, AWF has been Africa's conservation organization and is uniquely positioned to promote conservation of wildlife and wild lands in a modern Africa. AWF promotes an African conservation vision. Conservation, to be effective and sustainable, must be Africa-led. Today AWF is the only global conservation organization that implements Africa-led strategies and programs. AWF implements proven conservation solutions and develops new approaches that benefit humans and wildlife despite the challenges Africa's rapid development brings. AWF partners with other NGOs and at the highest level of government but also regionally and with local communities, to engage people in activities such as sustainable land-use planning and building schools in exchange for conservation commitments.

AWF takes a holistic approach to address threats and build opportunities from a multitude of angles.

Conserving land -- AWF has mapped priority landscapes across the continent that have vital wildlife populations and the greatest chance of conservation successes. Within these landscapes, AWF promotes community-based solutions.

Promoting community well-being -- AWF projects start with people because conservation solutions only work when owned by those living with wildlife day in and day out. AWF helps build community-owned eco-lodges throughout sub-Saharan Africa, refurbishes and builds schools in rural communities, and trains farmers in sustainable agriculture practices.

AWF applies decades of conservation experience and the latest conservation and ecological research to develop and implement pragmatic solutions that enable rural communities and African governments alike to support the protection of wildlife and wild lands. As it demonstrates that wildlife and people can thrive side by side, AWF provides critical assistance to national parks and reserves and promotes international cooperation to protect essential sites and populations that stretch across national boundaries.

AWF worked with the Ethiopian Wildlife Conservation Authority (EWCA) to comanage Simien Mountains National Park in Ethiopia. By restoring the park and working with surrounding communities, Simien was removed from the List of World Heritage in July 2017. Canines for conservation continues to see remarkable successes. Since the program started, the detection dog units have uncovered more than 180 incidents of hidden ivory, rhino horn, pangolin scales or other illicit wildlife products. Where they are deployed, the teams have served as deterrents for wildlife traffickers. AWF plays a major role in ensuring the continued existence of some of Africa's most iconic species, including elephants, rhinoceros, lions and great apes. AWF will continue to address the conservation of these species — and the large landscapes that support them and provide significant ecosystem services for countries — in large part by addressing the intersection of wildlife and human development.

Board of directors
as of 1/4/2019
SOURCE: Self-reported by organization
Board chair

Chairman of the Board