Educating and Training the Nation's Most Effective Free Market Advocates

The mission of FreedomWorks Foundation is to educate and empower Americans with the principles of individual liberty, small government, and free markets.

FreedomWorks Foundation has sought since our earliest days to address the hydra-headed monster of Big Government and the threats to freedom it brings. These threats have appeared in numerous forms over FreedomWorks' 38-year history, and our goal has always been to educate and give our fellow Americans the tools to fight our Nation’s most pressing challenges, including: - The runaway regulatory state that is systematically destroying our Constitutional freedoms. - A profound lack of quality economic education that explains the benefits of free markets and helps the public understand the world around them. - A public education system which is more focused on keeping teachers and administrators employed, as opposed to educating America’s young people. - An election system that has lost the trust of both Democrats and Republicans alike.

The Regulatory Action Center (RAC) is dedicated to educating Americans about the impact of government regulation on economic prosperity and individual liberty. The RAC teaches American about the nuances of the Federal regulatory process, along with key opportunities for regulatory reform.

The primary mission of the Center for Economic Freedom is to educate Americans on free market economics, while discrediting economic falsehoods. We accomplish this through in-person events, extensive broadcast media outreach, and traditional print media.

Many key functions of our government are no longer being provided in a manner fitting of a Superpower. Our education and election systems, in particular, are examples of systems which need reform–and FreedomWorks Foundation’s growing grassroots network is well-positioned to lead reform in these areas:

Education: Through our Building Education for Students Together (BEST) program, we promote school/parental choice, educate parents on what it takes to run for their local school board, and support curricula that embraces pro-America values.

Election Integrity: Election reform work to increase voter confidence and ensure integrity in elections will be done primarily at the state level. In order to achieve this, we aim to protect the Electoral College, roll back mail-in voting changes enacted in the COVID era, and ensure that legislators oversee redistricting for their states. 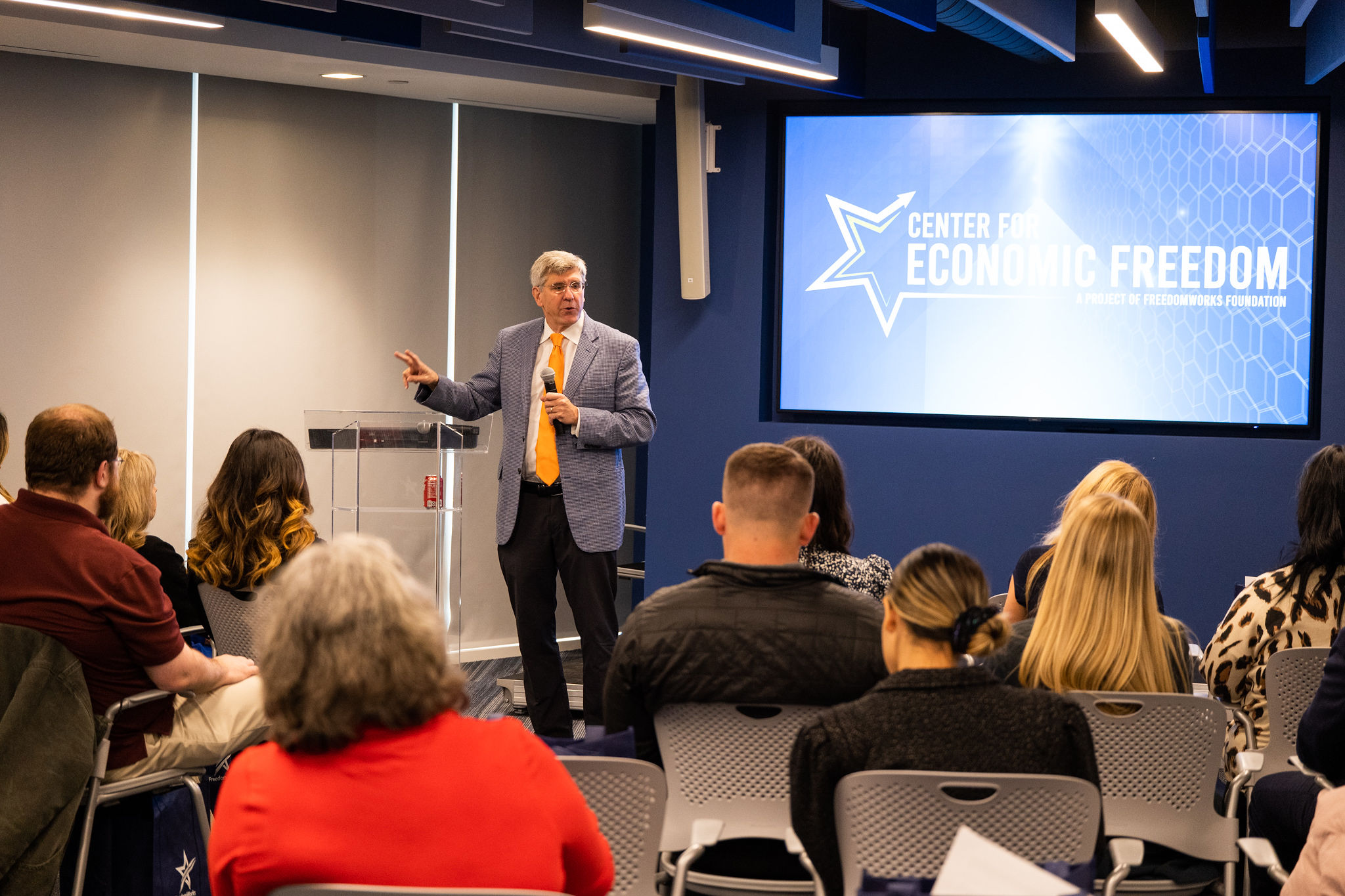 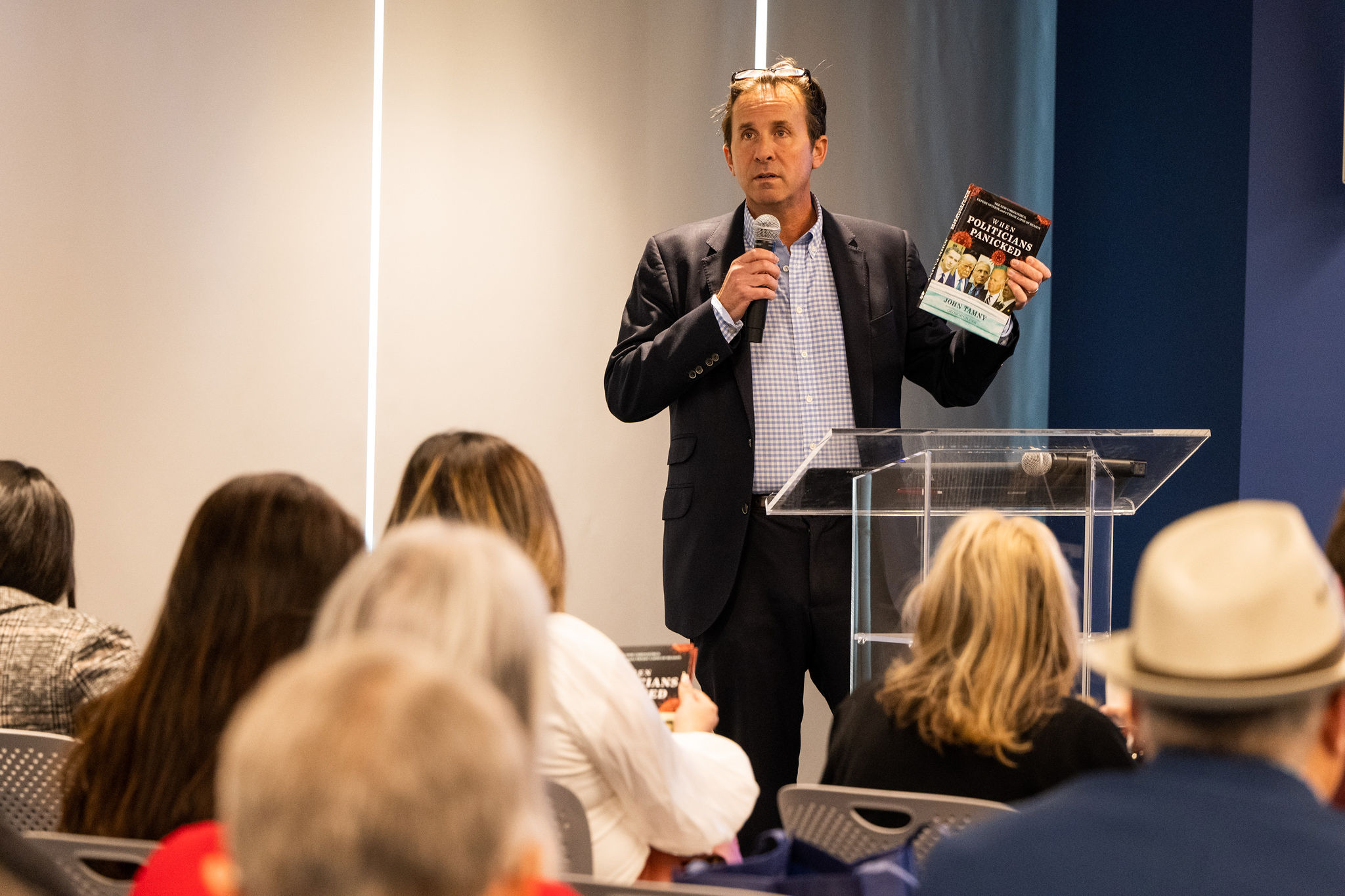 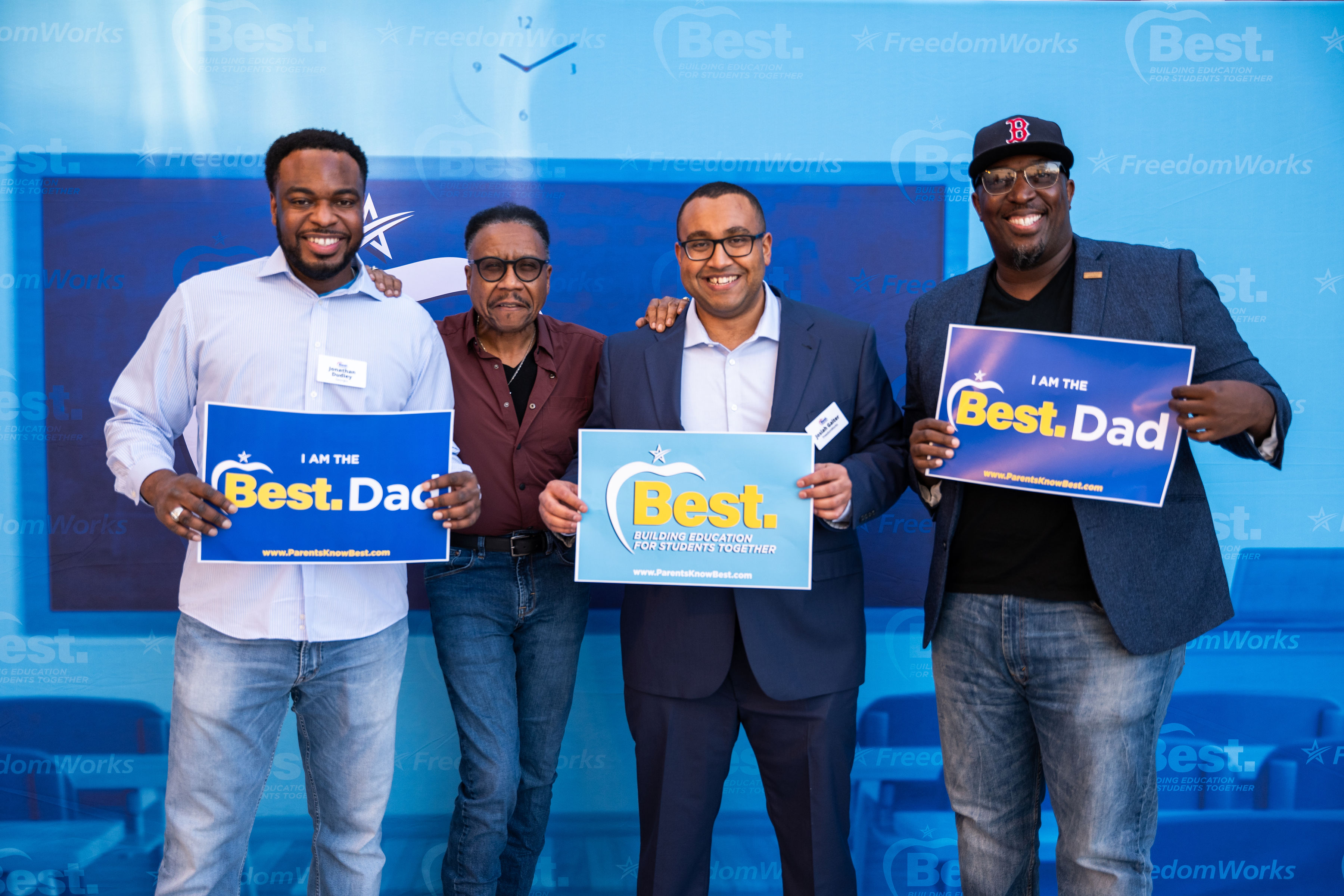 Only FreedomWorks Foundation contributions, not any other entities.

Redefined in 2021: "attendees at all of our grassroots events throughout the year. This includes, fly-ins, in-person, events, rallies, Zoom trainings and webinars. Also includes trained RACtivists."

Number of groups brought together in a coalition/alliance/partnership

Redefined in 2021: "Organizations that we have a direct and active relationship with. Includes: Mac's, Joe's, Program's, & Policy's partnerships."

Number of national media pieces on the topic

FreedomWorks Foundation has identified five key policy challenges at the heart of our fight for freedom:

Each of these issues addresses broad-based concerns regarding the size and scope of government, the constitutionality of the government’s current approach, and whether our government–as it currently exists–operates for the benefit of ordinary citizens or special interest groups.

FreedomWorks Foundation offers the ideas of freedom to an educated network of citizens committed to economic liberty, trained in effective mobilization skills, and organized to push our education. We strengthen their efforts by educating legislative leaders who possess both the procedural and tactical skills necessary to control the debate and affect policy outcomes.

FreedomWorks Foundation promotes the work of our experts and those of our allies to inform our grassroots audience about the nuances of key issues. Further, we educate these grassroots activists about the techniques that will most effectively convey this message to their fellow citizens, the media, and public policymakers. In doing so, we provide a unique, capacity-building service that not only helps the American people, but also supports the work of our partners by bringing their work to our vast group of grassroots activists, thus boosting their visibility and reach.

We are guided by an understanding that decentralizing knowledge maximizes people’s talents, better disseminates their work, and enhances the total productivity of any worthwhile endeavor. Thus, we have greatly expanded our digital marketing -capabilities to bolster our already robust media presence. This presence includes podcasts, op-eds, Facebook live streams, full-length books, in-person training, media appearances, live talks, and short videos so our message reaches further and the impact is greater.

FreedomWorks Foundation’s greatest asset is a multi-million strong activist network whose members are passionate about promoting free markets and individual liberty. These individuals all share three common traits: a desire for community, opportunity, and self-reliance.

Across five decades, FreedomWorks Foundation has identified, educated, and activated citizens who are enthused about showing up to support free enterprise and constitutionally limited government.

Another characteristic of our work is the recruitment of leading names to helm our programs. For example, BEST–our education reform program–is led by Laura Zorc, a former school board member in Indian River County, Florida.

Laura is a mom who, after digging into the new Common Core standards in her home state of Florida and seeing it represented a one size fits all approach to education, decided to make a stand. With FreedomWorks' support, she founded Florida Parents Against Common Core (FPACC). The effort was quickly joined by other parents and activists in a peaceful protest outside the National Common Core Education Convention in Orlando, FL. National media coverage followed and the ball was rolling. By the start of the 2021-2022 school year, Florida is due to be fully rid of Common Core, making it the fourth of the original forty-six adopting states to eliminate Common Core. Oh, and her greatest achievement? Taking her group from four founding mothers to more than 22,000!

We also partnered with legendary pollster Scott Rasmussen to conduct data based studies on what issues matter to Americans across the country. This partnership has helped us better understand the opinions of our fellow Americans on the nuances of key issues, allowing us to hone our approach and be more effective in achieving the goals we articulated.

Finally, FreedomWorks Foundation has built alliances with many like-minded organizations at the national, state, and local levels. These partnerships allow us to supply our activists with the important data they need to win the hearts and minds of others during this ongoing public policy fight. They also give our partners access to the Nation’s largest Center-Right grassroots audience. Ultimately this win-win approach allows us to be a rare bridge builder in the sometimes-fractious world of public policy development.

FreedomWorks Foundation has had a major impact in recent years.

Our election reform program Building Education for Students Together (BEST), achieved a significant amount of progress in its first year. BEST trained over 1,000 activists and received commitments from 274 trainees to run for their local school boards. BEST Director of Education Reform, Laura Zorc, has appeared on national television multiple times and has been published in a variety of media outlets.

The Regulatory Action Center, our regulatory reform effort, saw similar recent success. During 2021, the RAC participated in 13 regulatory proceedings and filed 32,482 comments. For example, thanks in part to public comments submitted by RAC Activists, the Department of Education withdrew its proposal to fund development of curricula based on Critical Race Theory due to the level of opposition. Our activists submitted 15 percent of the comments that were filed. In the proceeding to clarify that the Bayh-Dole “march-in rights” (which allow the federal government to take over a drug patent in certain circumstances) were not to be used to impose price controls on pharmaceuticals, our activists submitted 16 percent of the comments received by the National Institutes for Standards and Technology (NIST). Ultimately, NIST agreed with us that “march-in” rights could not be used as a ruse for price controls.

In 2020, RACtivists submitted 33,437 comments on 12 regulatory dockets, accounting for more than 70 percent of the total comments submitted to these dockets. Some of our biggest victories were keeping the federal government from inserting itself in new areas such as rural broadband development; a job that would be undertaken much more efficiently and effectively by the private sector. FreedomWorks also further pushed the FCC to roll back regulations that limited internet freedom.

Last but not least, The Center for Economic Freedom (CEF) has also seen noteworthy success.

In response to COVID shutdowns, FreedomWorks Director of CEF John Tamny wrote a book chronicling the depth of their missteps: When Politicians Panicked: The New Coronavirus, Expert Opinion, and a Tragic Lapse of Reason. The book tells the tragic story of how, in response to a spreading virus, global politicians mindlessly pursued economic desperation, starvation, and death as the cure. It was accompanied by a myriad of rallies, online events, op-eds, and appearances on broadcast media where our key voices educated Americans about why the forced closure of our economy was economically and morally wrong.

The centerpiece of this work was President Trump’s 2020 Executive Order which provided payroll tax relief to millions of Americans. This order came about in large part due to the educational efforts of FreedomWorks’ Senior Economic Fellow Steve Moore, who could be found everywhere trumpeting the idea of providing a cut–however temporary–to one of the worst taxes that Americans pay.

Board of directors
as of 4/13/2022
SOURCE: Self-reported by organization
Board chair