A place to live again

The mission of the Supportive Housing Communities (SHC) is to alleviate homelessness and human suffering. To carry out its mission, SHC uses a permanent supportive housing (PSH) model, which links permanent, affordable rental housing with access to flexible, voluntary supportive services, including intensive case management, mental health counseling, substance use disorder counseling and supported employment services to help the chronically homeless maintain stable housing and live independently in the community.

The mission of Supportive Housing Communities (SHC) is to provide affordable housing to alleviate homelessness and human suffering. In carrying out this mission, SHC prioritizes the needs of the “chronically homeless”—those who have been homeless for at least one year and have at least one disability. The chronically homeless are often one of the most difficult populations to house because of their need for both affordable housing and the additional services needed for them to maintain their housing. To serve this population, SHC uses a permanent supportive housing model, which links permanent, affordable rental housing with access to flexible, voluntary supportive services, including mental health counseling, substance use treatment and employment services to help the homeless maintain stable housing and live independently.

SHC primarily serves the chronically homeless population which is defined as those individuals that have been homeless for at least one year and have a disabling condition, such as alcoholism, mental illness, emotional trauma or a chronic disease. All have incomes at or below 30 percent of the Area Median Income (AMI) and many, in fact, have no income at all. Approximately 80 to 90 percent of SHC residents’ incomes do not even approach the 30 percent level.

SHC provides a variety of programs and services, each with a different emphasis, but all connected by their mission to care for the most vulnerable homeless individuals in Charlotte. 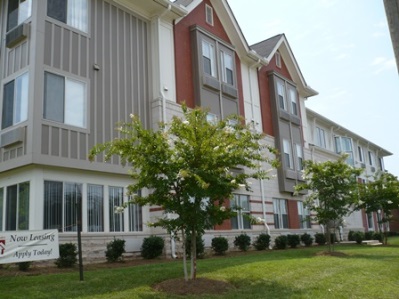 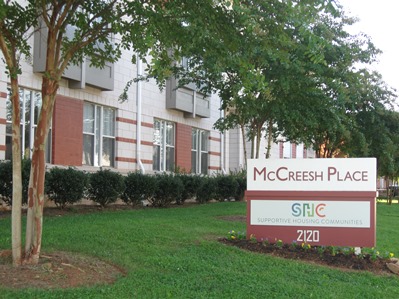 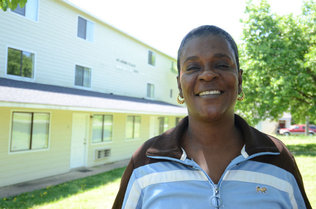 % of residents who maintain stable housing.

The percentage of residents in SHC supportive housing programs who maintained stable housing for the entire year.

Percentage of residents in recovery who do not relapse

This metric applies to residents at McCreesh Place, which is designed for individuals in recovery and includes a commitment to abstinence.

Number of individuals served by SHC programs and services

Total number of individuals served in all of SHC's supportive housing and affiliated programs.

SHC is committed to providing affordable housing and a network of supportive services to the chronically homeless so that these can live independently within the community. Many in this population, often have physical, mental, emotional and substance use issues, in addition to an often-chaotic lifestyle resulting from the uncertainty of often not knowing where to sleep each night. This population includes families with children, as well as single men and women. Accordingly, our results focus on housing and mental health stability. Also, for residents who are in recovery from substance dependence, we are also committed to preventing relapses. Specifically, the metrics we use to measure success are:
 Housing stability: the percentage of residents in the supportive housing programs that remain stably housed for the entire year;
 Mental health stability: the percentage of McCreesh Place residents with a diagnosed mental illness that do not visit the emergency room for a mental health crisis for the entire year;
 Continued Recovery: the percentage of McCreesh Place residents in recovery that do not relapse for the entire year.

In FY 2022, 96 percent of SHC residents maintained stable housing, 97 percent of McCreesh Place residents with a diagnosed mental illness did not go the emergency room for a mental health crisis and 93% of the McCreesh Place residents in recovery did not relapse. SHC will strive to further improve on this already high level of success, to fulfill our overall goal of providing safe and affordable housing and the supportive services needed for our residents to lead content and productive lives.

• The Housing First model focuses on providing permanent housing with few or no barriers or restrictions, such as sobriety and employment, to people experiencing homelessness. Consistent with this model, SHC developed the Scattered Sites Program in 2013 which utilizes 75 privately-owned rental units scattered throughout Mecklenburg County to provide barrier-free affordable housing options.

• The Rapid Rehousing Program, which was established in 2015 as part of the Scattered Sites Program, places individuals and families in privately-owned rental units throughout the Mecklenburg County. The supportive services in this program are designed to transition residents to self-sufficiency within two years.

• In 2017, SHC acquired and renovated St. Johns Place, a 31-unit apartment complex in East Charlotte, to expand the number of permanent supportive housing units as well as mitigate the loss of the dwindling supply of naturally occurring affordable housing in Charlotte. SHC reserves at least half of the units for vulnerable clients of partnering organizations including Roof Above, Cardinal Innovations and Mecklenburg County Shelter Plus Care Program.

• SHC has also established two new initiatives focusing on chronically homes families and their children. The Lake Arbor Resettlement Project (LARP) provides affordable housing solutions for some of the most vulnerable families from the Lake Arbor Apartments, which closed and left most of the residents at imminent risk of homelessness. In the Keeping Families Together (KFT) Initiative, SHC is partnering with Mecklenburg County’s Division of Youth and Family Services (YFS) to serve 50 families over three years who have open cases with its Child and Protective Services section to assist with family reunification.

SHC is an active participant in the Homeless Services Network (HSN), Charlotte's unique collaboration among 35 agencies focused on impacting homelessness, with SHC Executive Director Pamela Jefsen serving as the 2018 Past Chair. SHC collaborates with Charlotte's HUD Continuum of Care (CoC) program and attends monthly CoC meetings. CoC coordinates all community activities around homelessness, writing and submitting an annual grant request for $4 million benefitting Mecklenburg County residents. Jefsen was also a member of the team that created the Coordinated Entry system in Charlotte.

SHC primarily serves the “chronically homeless”—defined as those who have been homeless for more than one year and who also have at least one disability. We give priority to those who have the highest vulnerability scores (as measured by a standard psychometric test). During the past fiscal year, 82% of residents in our supportive housing programs were chronically homeless. The remaining 18% were also highly vulnerable but had been homeless for less than a year before joining SHC.

Chronic homelessness is an increasing problem in Charlotte. According to the 2017 PIT count, less than 10% of the homeless individuals counted during a single night in January were chronically homeless; in the 2018 count, this percentage increased to 13% (Charlotte-Mecklenburg Annual Data Report on Housing and Homelessness, p. 55). This 13% of the homeless population is the most difficult to keep housed and the most expensive to leave on the street.

The chronically homeless population are expensive because of their utilization rates of the healthcare system, criminal justice system, and emergency shelters. According to a study conducted by University of North Carolina at Charlotte, chronically homeless persons in Charlotte racked up an average of approximately $35,000 a year in emergency room bills before they were placed in supportive housing. After being housed, this number dropped to an average of just over $11,000 (Thomas, Lori, et al., 2015, Moore Place Permanent Supportive Housing Evaluation Study Final Report, p. 37). Not only did emergency room bills dramatically, so did number of arrests, which was reduced by 82%, and number of days spent in jail, which went down 89% (Thomas, Lori, et al., 2015, p. 13).

The chronically homeless are the most difficult population to keep housed and the most expensive population to leave on the street. Nevertheless, SHC enjoys remarkable success in keeping this population stably housed, mentally healthy, and (for residents in recovery) substance-free. Since our supportive housing costs an average of $12,037 per household,* our success translates into tens of thousands of dollars saved per resident every year.

SHC is currently looking into expanding our program further to help get more chronically homeless people off of the streets or into shelters. Even with our continued growth, we strive to keep our 97% success rate of keeping residents in stable housing.

Board of directors
as of 08/19/2022
SOURCE: Self-reported by organization
Board co-chair