Theatricum Botanicum is a natural outdoor sanctuary for the arts that has been delighting visitors for nearly five decades. Lovers of Shakespeare, socially relevant plays, botany, California history, music, and arts education alike find community in this truly special place. Theatricum is a unique space where the beauty and trials of humanity are thrown into striking relief against the incredible back drop of Topanga Canyon’s lush and rustic natural surroundings. 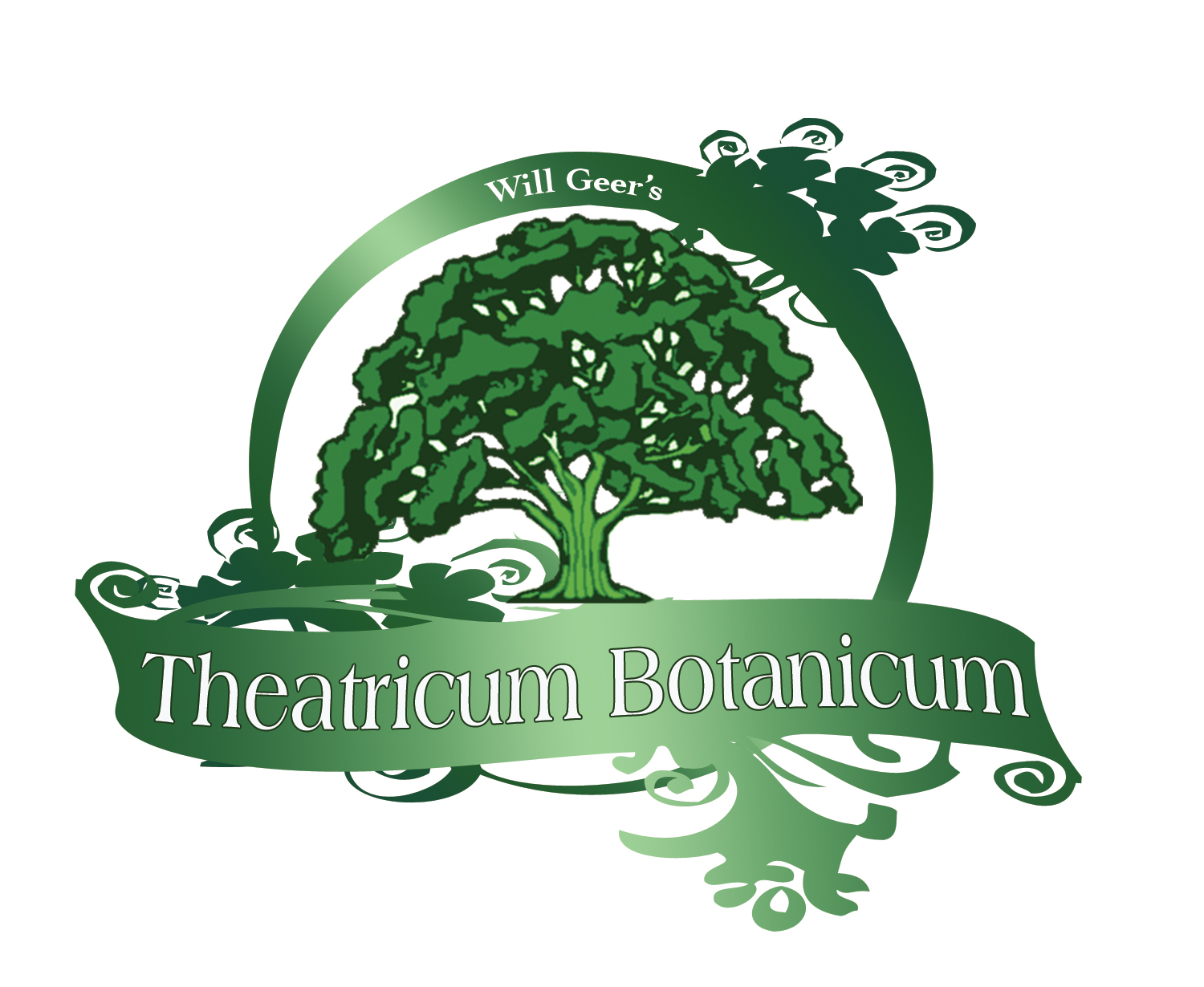 Will Geer’s Theatricum Botanicum was born out of one family’s turmoil in the face of devastating bigotry during the 1950’s McCarthy Blacklist. Rather than allowing this experience to destroy them, the Geer family created a space where destruction through such prejudice was not allowed. Thus Theatricum’s core values include building community by inviting a diverse populace to the table; brokering conversation and fostering understanding through art; and passing on this responsibility of inclusion to the next generation through robust education programs for all ages. Theatricum is committed to fighting against the silos of culture that threaten to separate the diverse communities of Los Angeles.

Will Geer’s Theatricum Botanicum School Days Field Trip has been serving Southern California students for over 35 years. The School Days Field Trip is a multi-modal arts education experience including a preparatory workshop for students, professional development for educators, a comprehensive study guide, an interactive Living History, theatre technique workshops and a talkback with cast and crew – in addition to a high-quality professional performance of a Shakespeare or other play presented at Theatricum’s beautiful 299-seat outdoor amphitheater in the Santa Monica mountains.

A Play Only Day includes all pre-trip experiences, the play and the talkback and begins at 11:30 am, ending at approximately 1:30 pm.

Will Geer’s Theatricum Botanicum Classroom Enrichment Programs are a diverse menu of high-quality arts education programs that travel to the school site. These programs have been serving the greater Los Angeles area for over 25 years and include Assemblies, Workshops and Residencies that support Common Core curriculum and are aligned with VAPA Standards. Theatricum Teaching Artists are experienced artists, experts in their field, and are trained to employ multi-modal teaching techniques that engage all types of learners. Each Classroom Enrichment experience can be tailor-made to serve your budget, schedule and curricular needs. We look forward to partnering with you as we do with more than 100 schools each year!

To get a sense of the breadth of available programming, please see our brochure. For more detailed information, or to tailor-make your own Classroom Enrichment experience, please contact me via email. Thank you for your dedication to your students and for your interest in Theatricum’s School Programs.

Long before he founded Theatricum Botanicum, Indiana native Will Geer was well-known for his work on the New York stage, in film, and on radio. By the mid-1950’s, he had relocated permanently to California and had established a successful Hollywood career. His future looked bright. But after being called to testify before the U.S. Congress’ Committee on Un-American Activities, he suddenly found himself blacklisted by the major studios with no viable means of income.

For Geer and his young family, the McCarthy Era had arrived. Relocating to an acreage in Topanga, California, Mr. Geer established a theatre for similarly blacklisted actors and folk singers on the property. Because he held a degree in botany (one of his life long interests) the theater was named for a landmark botany text book, Theatricum Botanicum, which means, quite literally, “a garden theatre.”

In the years to come, Geer cultivated not only theater, but a bountiful garden that enabled him and his wife, actress Herta Ware, to earn a living from the sale of vegetables, fruit, and herbs. With the success of television’s “The Waltons” in 1973, Geer discovered renewed popularity with his portrayal of Walton family patriarch, Zebulon Walton. Now he re-gathered his family (many of whom were working actors in regional theatres across the country) and together they formed a non-profit organization, Will Geer’s Theatricum Botanicum. In those heady days, audiences flocked to free workshop performances of Shakespeare, folk plays, and concerts featuring such well-known artists as Pete Seeger, Arlo Guthrie, Della Reese, Burl Ives, and many more.


After his death in 1978, the family (led by their mother, Herta Ware) and a small troupe of dedicated actors tirelessly dedicated their energies to transform Theatricum into a professional repertory theatre, with educational programs and musical events incorporated into its programming.

Since 2016, Will Geer’s Theatricum Botanicum has been a member of The Folger Shakespeare Library Theatre Partnership Program.

Today, under the creative supervision of Artistic Director Ellen Geer (Will’s daughter), Theatricum has blossomed into a vital creative force that has been recognized internationally for its interpretation of Shakespeare’s work. In addition to an annual summer season of 5 repertory plays, Will Geer’s Theatricum Botanicum offers year-round classes to actors of all ages, hosts live music concerts, nurtures budding playwrights, and successfully reaches schools and students across the Greater Los Angeles County with the aim of making live theater bloom for generations to come.

We work towards these goals by continuing to broaden inclusion of audiences, artists, stories, and histories. We are committed to true diversity in gender, age, ethnicity, sexual orientation, and socio-economics being represented on our stages and throughout our educational programs. Theatricum views theatre, music, and art as an educational force and an opportunity to engage all generations and communities in celebration of our shared humanity.

Theatricum’s programs are as rich and complex as arts organizations much larger in size. In their diversity, these programs represent the company’s commitment to making the arts available and accessible to the widest possible range of communities in Los Angeles and its surrounding areas.

The Repertory Company
The backbone of all of Theatricum’s programs, the Repertory Company is led by Artistic Director Ellen Geer and offers a selection of 4-5 plays (classic or modern American), in a rotating repertory schedule each season, running from June to October. The addition of the 88-seat S. Mark Taper Foundation Pavilion as a performance space for Theatricum’s Repertory Season has allowed the organization to expand its Repertory offerings to include more intimate pieces.

Intern and Apprenticeship Programs
Professional Acting Interns are cast in main-stage productions; are given training; audit Adult Academy classes; participate in a 10-week workshop; and perform in a showcase on the main-stage at season’s end. Apprentices are artists who return for a second year of mentorship and training. In addition, Theatricum offers Technical and Arts Administrative Internship positions as well as the Teen Theatre Artist in Training Program.

Community Outreach
Outreach includes: our Playwright Development Program; Family Fundays, music and theatre for very young children; Under the Oaks, readings, improvisation, and concerts; the annual July 4th Barn Dance and Halloween Boo-tanicum, when we invite the wider LA community to celebrate on our grounds.

Theatricum’s 15-acre grounds are located in the unique, rustic community of Topanga Canyon, but the organization engages a constituency well beyond its neighborhood. The unique nature of Theatricum’s Repertory experience makes it a destination theatre with patrons visiting annually from across the state, and indeed across the nation. Artistic Director Ellen Geer’s commitment to diversity of age, gender, and ethnicity in her Repertory casting have ensured that Theatricum’s audiences include patrons of all ages and diverse cultural backgrounds. While the private Academy of the Classics pulls primarily from Theatricum’s local communities (Westside, Agoura Hills, Topanga, west San Fernando Valley), the School Programs extend that reach to virtually every corner of the greater Los Angeles area. School Program participants include PK-12th grade students from Pacoima, San Pedro, Westchester, Burbank, Pasadena, Bell, Ventura, Oxnard, Studio City, and the list continues. These students represent every ethnic and socio-economic group that make of the diverse cultural landscape of L.A.

Theatricum has a sterling reputation for presenting high-quality professional theatre as well as private and school-based arts education for all ages. The Repertory has been honored with NAACP, Backstage West, Ovation, LADCC, and other awards and nominations. In 2014, Theatricum was highlighted by Shakespeare on the Road, an initiative of the University of Warwick, commemorating the anniversary of Shakespeare’s birth. The Repertory serves over 11,000 audience members each season from throughout the greater Los Angeles area and beyond. Theatricum has staged works ranging from Shakespeare to Arthur Miller, Dylan Thomas to Lillian Hellman, Brecht to Euripides, Williams to Wilder. With engagement and inclusion core to our vision, classic plays are regularly cast with diverse actors as well as reinterpreted to express cultural ideas and diversify artists. Theatricum proudly brings to the stage works featuring the stories of communities of color.

Over 15,000 school children are exposed to Shakespeare, important figures in American history, and interactive music and theatre programs, and performances held both at our theatre and directly at school sites. The Academy of the Classics extends Theatricum’s reach into the community through Youth Drama Camp, Saturday writing and performance workshops for youth and teens; Summer Intensive Shakespeare Seminars (for adults of all experience levels); Teen Repertory Company and a variety of technique workshops.

Now more than ever, people of every age, race, ethnicity, economic class, ability, sexuality, and gender need and deserve access to the highest quality of arts education and theatre, and we are in a unique position to provide exactly that.