Our mission statement promotes not only education, but outspoken advocacy for wolves and other wildlife across North America as well as across the globe. Education of the younger generations is important as they will be the keepers of our sacred species for coming generations. We will always encourage civil and intelligent debate while discouraging attacks on anyone who has a different opinion or lifestyle. We are not interested in running an advocacy group that attacks hunters or trappers on a personal level. 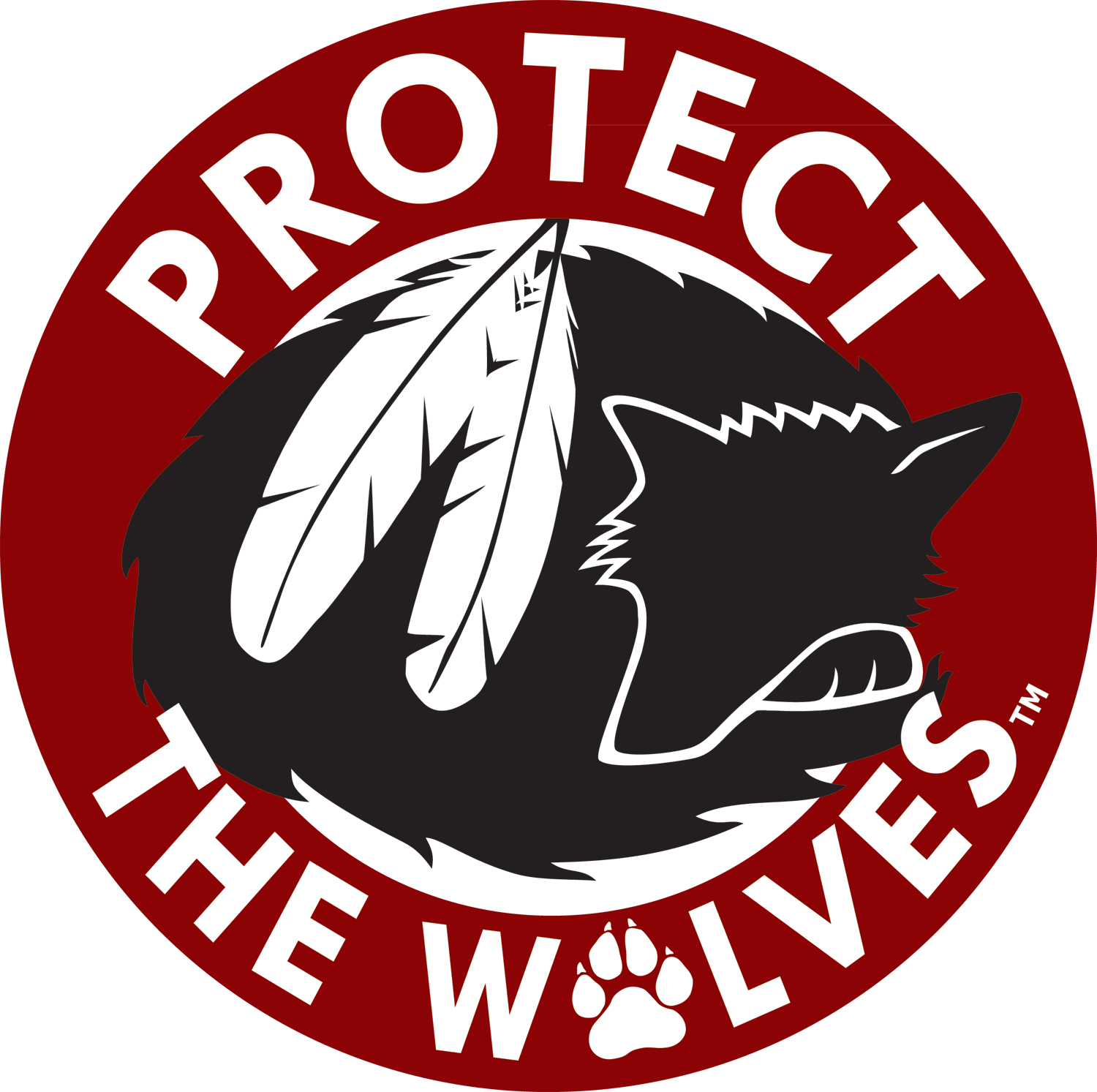 We are looking to Protect our sacred Brothers from the slaughter at the request of the rich and misinformed people.

Protect The Wolves™ thinks the best way to cure depredation is to remove cattle from our national forests, BLM lands due to Ranchers claiming that their cattle are not teachable. Even after we show them that there are in fact Ranchers teaching their Cattle currently and experiencing ZERO depredations

Requested from WDFW to participate in Ranger Rider Program, no response period from them.

Working with Sergio Maldonado new director for Wind River Native Advocacy Center for the Northern Arapahoe Tribe who was the previous Tribal Liaison to Governor Meade in Wyoming. Sergio is putting together a Formal Resolution of Support Treaty signing for Protect The Wolves™

MISSION STATEMENT:
Our mission statement uses not only Education but outspoken advocacy for wolves across North America, while using our Native American Religious Treaty Rights, including all foreign countries, by providing necessary education regarding our sacred keystone species, which not only includes Wolves, but Grizzlies, Bison, and Wild Horses just to name a few.

Education, for one is important. We will always encourage civil and intelligent debate and discourage attacks on anyone who has a different opinion or lifestyle. We are not interested in running an advocacy group that attacks hunters and trappers on a personal level. School groups will be invited to tours, lectures, and special events at the educational animal facility with wolves (which are all smart, misunderstood animals who are often killed as vermin). We are working towards following goals, as set forth, which can be edited or added to at the discretion of the Board of Directors. Our reach is all of North America, and our home base here in the Northwest. Here are some of our goals:

• Educate the masses on the destruction to our Wildlife's environment by problems such as Cattle, Greenhouse Gases, that not only effect Mother Earths Atmosphere that not only introduce unwanted species of grasses, but also include the destruction of our wildlife's water supplies.
• Make Primary the use of our given “Native American Religious Treaty Rights"
• Make poisoning wildlife illegal across North America. (Poisoned animals tend to bleed to death, slowly and in pain, and the poison leaches back into the ecosystem.) Ban hounding.
• Encourage the banning, and outlawing the use of traps and that of snares.
• Institute policies to try all non-lethal options first and foremost in wolf and coyote management, while also encouraging the requirement of a list non-lethal deterrent methods to maintain a grazing allotment, or otherwise gets terminated.
• Emphasize safe travel for wildlife, including setting traffic speed limits in certain areas, putting up more wildlife crossing signs, and encouraging the building of wildlife corridors for animals to migrate or disperse without becoming roadkill.
• Educate municipalities as well as the masses about wolves, grizzlies, coyotes, coywolves, and hybrids, which will include promoting the highest quality media articles, calling out poorly written or nonfactual pieces, giving lectures or presentations, distributing pamphlets and other media, and encouraging activities like wildlife watching and nature retreats.
• Help to establish hunting-free buffer zones around all National Parks. If certain parks or wilderness areas disallow hunting, those areas could be promoted as wildlife watching areas, which would help the economy in the form of tourist dollars.
• Wildlife photography is lucrative for any local economy. Wild spaces also have value in and of themselves for their ability to restore health and peace of mind not only for humans but wildlife as well.

We have been able to secure Tribal Endorsements, a rare occurrence in this area.

Requested from WDFW to participate in Ranger Rider Program, no response period from them.

Working with Sergio Maldonado new director for Wind River Native Advocacy Center for the Northern Arapahoe Tribe who was the previous Tribal Liaison to Governor Meade in Wyoming. Sergio is putting together a Formal Resolution of Support Treaty signing for Protect The Wolves™

Board of directors
as of 7/8/2019
SOURCE: Self-reported by organization
Board co-chair