The mission of the Bipolar Wellness Foundation is to promote the concept and techniques for moving beyond mere treatment for Bipolar Disorder into a state of recovery which we call 'Bipolar Wellness'. We disseminate important research being done at the University of Cincinnati Department of Psychiatry in the use of polyunsaturated fatty acid supplements to augment and lessen the side-effects of traditional psychiatric medicines. Since patient non-compliance because of side-effects from psychiatric medications approaches 50% of bipolar patients, the use a component of a natural, well-researched nutritional oil would be a breakthrough of an enormous order. The risk for suicide is 30% for those with the illness who refuse medication. Bipolar Wellness saves lives.

We have a complete program of recovery from Bipolar Disorder. The only treatment models in use in the medical field are for control through medications, and very little lifestyle coaching. Through publication of BIPOLAR WELLNESS: How to Recover from Bipolar we have presented a 20 step process of going beyond treatment into full recovery from Bipolar Disorder. More than 50 % of patients with bipolar disorder do not comply with medication because of adverse side affects. Without medicaiton or supervision there is a 30% risk of suicide, higher than any other psychiatric illness.

Publishing the book BIPOLAR WELLNESS: How to Recover from Bipolar Illness

Our aim to educated the public, and especially those who suffer from Bipolar Disorder and their families, that there is another paradigm to deal with the illness: Recovery rather than treatment alone. We do not deny the benefits of treatment, and encourage at every step that a patience cooperate with their psychiatrist. Since the medical profession has not been educated in recovery, but only treatment, the book we publish provides many pages to copy for one's physician to explain our methods. We especially support the efforts of the department of Psychiatry at the Univeristy of Cincinnati who are doing constant research on the use of polyunsaturated fatty acids in the treatment of Bipolar Disorder. The book gives their complete protocol, and instructs a reader how to use the substance, where to get it, how to be tested for blood levels, etc. The research clearly shows that the addition of certain polyunsaturated fatty acids in the correct dose can help lower the dosage of standard medication, and thus lower side effects. The substance also has a healing effect in managing mood swings, and so without side effects, lets a patient experience a new kind of normality.

The book has sold about 2000 copies and won two major book awards, the Independent Book Publisher's Association Benjamin Franklin award in the Psychology category, and in the same category with the Forward Review of Books Indie's Award. The book is being promoted through advertising on Amazon, social media such as Facebook, Twitter and Instagram with thousands and thousands of followers. The next phase is to send free books to over 1000 Bipolar support groups in the USA and to 8000 libraries. Charitable donations will be targeted to those ends. Also, we have started the Steven Linsey fund to support the research at the University of Cincinnati, since more double blind studies are urgently needed in order to gain wider acceptance by the medical community.

The director and author, Michael Rose, M.A. has been in business for 40 years, and has the marketing and management skills with which to organize these various projects. HIs wife, a director on the board with a PhD in Education and a major organizer of educational projects with the government of Canada is a capable postive concluder. In addition they have a team of software and media employees who know how to organize the communications necessary for a successful organization.

We have spend the first six years writing, editing and designing an award winning book, with breakthrough information on recovery from Bipolar Disorder. Having published the book under our Being Well Press wing, we have sold thousands of copies with grateful readers communicating the postive effects of using the book. We have done numerous radio and TV interviews, and public speaking events. Next is to appear on a major network to explain the recovery process and the nutritional treatments being developed at the department of Psychiatry at the Univeristy of Cincinnati. To release a second edition of the book, and an audio book. To update the website and to start an intensive marketing campaign. 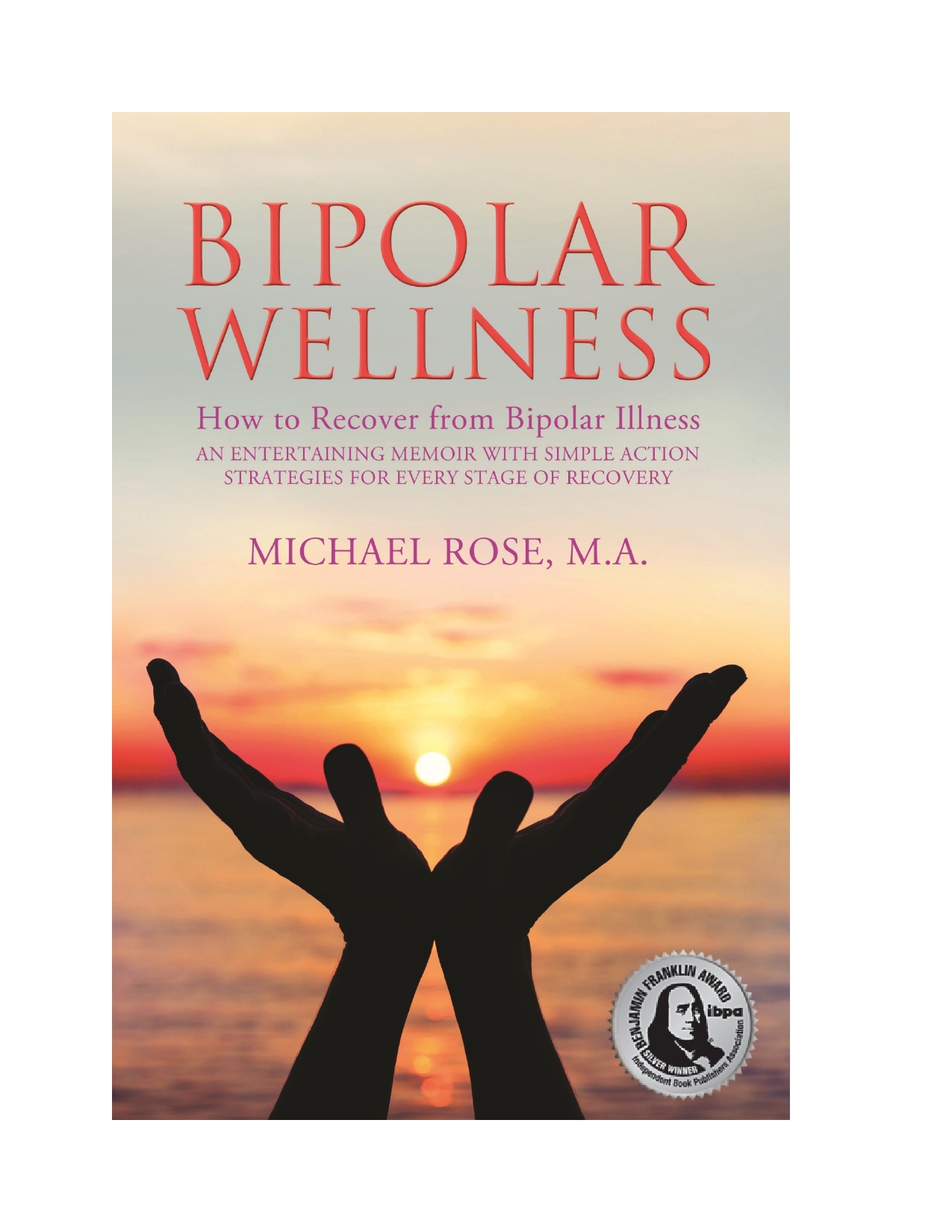 Educating for a Culture of Peace

Barbara Brooks
Educating for a Culture of Peace