Our Mission: Our voices transform society through innovative and entertaining programs that build community, illuminate the experiences of LGBTQ people and their allies, expand inclusion, and inspire justice.

Our Vision: A more harmonious world that celebrates the unique identities and talents of all people. 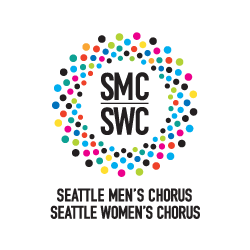 Since it began in 1994, Flying House Productions’ highly successful Youth Ticket Program has provided cultural and personal enrichment opportunities for self-identified gay, lesbian, bisexual and transgender youth through thousands of donor-sponsored tickets. In addition, we have recently added complimentary motor coach transportation for youth from outlying areas, so they can attend the shows. The bus program, implemented in spring of 2013, started with half a dozen youth. In just one year it has grown to over 70 participants per production.

Because of your generous gifts, youth who face daily discrimination have a place to call home when they attend a chorus concert. For many, it’s a life-changing and positive experience, and it’s an opportunity for us to tell them we love them just the way they are.

Flying House Productions dba Seattle Men's Chorus & Seattle Women's Chorus. Our mission is to use our voices to transform society through innovative and entertaining programs that build community, illuminate the experiences of LGBTQ+ people and their allies, expand inclusion, and inspire justice.

An active commissioning program has included premieres from some of the leading composers in the world, including Gian Carlo Menotti, John Corigliano, Ned Rorem, Alice Parker, William Hawley, David Conte, Samuel Adler, and David Diamond. In 2011, Seattle Men’s Chorus commissioned For a Look or a Touch, with music by Jake Heggie and libretto by Gene Scheer. Seattle Women’s Chorus recently commissioned a new show by Eric Lane Barnes portraying the lives of all “Rosie the Riveters” in our country, which was performed in February 2014.

Flying House Productions is home to two of the largest community choruses in America: Seattle Men’s Chorus, founded in 1979, which is also the largest gay men’s chorus in the world with over 350 singing members; and Seattle Women’s Chorus, which made its premiere on stage in 2002 and has quickly grown to over 300 singers. Each Chorus currently has a small ensemble of 9 to 11 members each (Captain Smartypants and Sensible Shoes), which further the mission of the organization by performing throughout the Pacific Northwest.

In addition to the 650 singing members, Flying House Productions has a base of over 50 volunteers and associate members who support both Choruses. A leading voice for the lesbian, gay, bisexual, and transgender (LGBT) community, FHP offers 30 outreach events and mainstage concert performances annually. Concerts, often including nationally-known guest artists along with our region’s professional talents, receive critical acclaim for their combination of high musical quality, wit, and celebration of people of all sexual orientations and identities. Over 30,000 people attend Flying House Production performances each year at Benaroya Hall, McCaw Hall, Cornish Playhouse at the Seattle Center, and Saint Mark’s Cathedral, with thousands more seeing each Chorus in other local performances throughout Washington every year.

Together with the Seattle Symphony, Seattle Men’s Chorus co-hosted the national Chorus America Conference in 1995 in Seattle. Seattle Men’s Chorus hosted a regional convention of Chorus America, the leading national service organization for choruses, in 1990. Artistic director Dennis Coleman served on the National Board of Chorus America for 7 years. Staff has conducted management workshops for community choruses from across the United States and Canada, covering such topics as administration, fundraising, marketing & public relations, ticket management, non-profit tax law, and volunteer management.

In 1993, Seattle Men’s Chorus and local PBS affiliate KCTS joined together for a second time to produce "Swellegant Elegance", a celebration of the music of popular American composer Cole Porter. This Emmy award-winning program was seen in 78 major markets across the country and viewed by an estimated 2.5 million people. Seattle Men’s Chorus’ 1990 Radio Craze telecast on KCTS generated the most pledges and had the second highest ratings of any locally produced show in their history. One out of every six households in Western Washington and British Columbia was tuned in to the broadcast.

Statewide tours are a standard feature of both Seattle Men’s Chorus and Seattle Women’s Chorus performance seasons and have included performances in cities such as Bellingham, Bremerton, Coupeville, Everett, Olympia, Spokane, Tacoma, and Walla Walla.

National tours have included performances in some of the nation’s most prestigious halls including New York’s Carnegie Hall, Avery Fisher Hall and Alice Tully Hall at Lincoln Center, Symphony Hall in Boston, Meyerson Symphony Hall in Dallas, Davies Symphony Hall in San Francisco, and Boettcher Hall in Denver. More recently, in the summer of 2012 both Choruses toured performed in Denver during the GALA Choruses Festival.

Seattle Men’s Chorus has also toured internationally. In August, 1998, SMC traveled to Europe, where they performed in Barcelona, at the Gay Games’ closing ceremony and two other concerts in Amsterdam, and in London. In March of 2003 SMC traveled to New Zealand and Australia, performing in Auckland, Melbourne, and Sydney, as well as marching in the 25th anniversary of Sydney’s internally renowned Gay Mardi Gras Parade. In June of 2014, SMC toured throughout Germany and participated in the Pride Festival in Berlin.

Board of directors
as of 7/14/2021
SOURCE: Self-reported by organization
Board chair