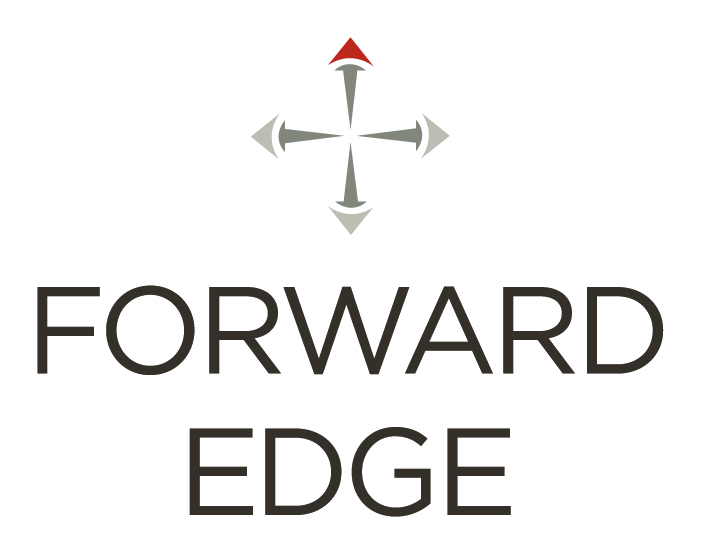 The problem is poverty. Our efforts target 6 different programs in countries around the world to provide consistent nutrition, safe water, medical care, educational support and the gospel for vulnerable children. In the developed world, most of these needs are met, but there is a deep desire felt by all people to discover their purpose and make a difference. We connect the global Church by integrating child-focused community development programs with short-term mission trips. Our model, which mixes missions and development, creates lasting transformation economically, socially and spiritually for children and communities suffering from extreme poverty, while also developing life-long disciples both in the States and abroad.

Forward Edge seeks to provide holistic care for some of the world's most vulnerable children. In addition to meeting the physical, educational and spiritual needs of children, our programs also work to empower their families and communities. We call this child-focused community development.

Every year, hundreds of short-term volunteers serve with Forward Edge in support of our long-term programs in Haiti, Kenya, Mexico, Nicaragua, Uganda, Cuba and the United States.

The Villa serves at-risk girls who are in residence through high school and then in college and Job and career training. The young women receive room, board, health care, professional counseling services, and more.

These numbers reflect impact on the families of the children being served through our programs as well as short-term mission team participants.

Number of service recipients who are employed

Includes educational support for children in Haiti, Kenya, Nicaragua; technical and career training in the Villa Esperanza program in Nicaragua. The 2018 crisis in Nicaragua impacted our program.

Number of participants changing undesirable behavior, as reported by experts

Short term mission trips to help with disasters and long term programs The crisis in Nicaragua impacted 2018 #'s and the pandemic impacted 2020 #'s.

This metric reflects the number of children graduating to the next level in their education.

Number of people reached with the Gospel of Jesus Christ

Children in our programs receive ongoing spiritual discipleship while our short-term mission teams also share the gospel while serving on location. The 2018 crisis in Nicaragua impacted our program.

Number of meals served or provided

This metric reflects the number of meals provided to children and their families in a year.

Number of hours of discipleship provided

Discipleship is part of every program and the children and their families are the beneficiaries.

Our goal, or mission, is to create opportunities for people to discover their true value and pursue God’s extraordinary purpose for their lives.
Our vision is to see activated churches and individuals in the U.S. and around the world empowering the vulnerable and growing as disciples of Jesus Christ.

We accomplish our mission by partnering with visionary Christ followers in various locations to conduct child-focused community development and phase II disaster recovery projects, and by mobilizing volunteers to support these projects, internationally and in the U.S.

Our child-focused, community development programs are located in Cuba, Haiti, Kenya, Mexico, Nicaragua, and Uganda. Our goal for them is to help children trapped in poverty reach their full, God-given potential by meeting their basic needs (food, safe water, health care) and empowering them with quality education, vocational training, and spiritual discipleship. Through them, we also reach their families and communities to influence lasting change.

All of our programs are envisioned and run by local leaders pouring into their own people. We work with our communities, not for them, to determine their unique needs and discover creative solutions to overcome poverty.

Additionally, for more than 35 years, Forward Edge has engaged, organized, and equipped more than 20,000 Christ-followers on nearly 1,600 mission teams to step out in love to many parts of the U.S. and 34 countries. Over this time, we’ve learned how to conduct the best mission trips—trips that truly help and lead to lasting transformation for all involved.

We have decades of experience. Forward Edge was founded in 1983.
We establish and nurture long-term ministry partnerships—deep relationships built on trust with key ministries in the locations we serve.
We offer customized trips that match the gifting and calling of teams from around the country.
We provide training and administrative support through proven training materials and complete logistical coordination before and throughout the trips.
We provide on-site, knowledgeable Field Staff—dedicated servants who support our group leader(s), ensuring all our team's needs are met while on-site.
We offer worldwide service opportunities as we have relationships throughout the world and can help people answer God's call on their lives and experience the adventure of service.
Our short-term teams partner with our national partners and field staff to ensure that long-term, child-focused community development projects and initiatives are sustained and completed.
We faithfully pursue the leading of the Holy Spirit, and rely on Him for the vision, wisdom and energy to carry out the work He sets before us.

Over the years, FEI volunteers have been used in the U.S. and around the world in many remarkable ways. Here are some examples.
In the 1980s, constructed orphanages in Guatemala and Nicaragua, which today are home to hundreds of children
In the 1990s, constructed youth centers on the Crow (Montana) and White Mountain Apache (Arizona) reservations
Since the 1980s, provided health care to thousands in Latin America and Africa
In 1992, distributed emergency aid to victims of Hurricane Andrew in Florida
In 1999, rebuilt a village in Nicaragua after Hurricane Mitch
In 2000, repaired the homes of widows and orphans in Kosovo following Balkan war
In 2001, built homes for earthquake victims in El Salvador
Following the 9/11 attacks, fed and prayed with rescue workers at Ground Zero in New York City
In 2005, built permanent homes for tsunami survivors in Sri Lanka
2005 to 2013: repaired homes and church buildings in Mississippi, Louisiana and Alabama following Hurricane Katrina
2013 to present: repaired homes and church buildings in Missouri, Oklahoma, New York, Colorado, Philippines, Mexico, Nepal and Puerto Rico following floods, tornadoes, earthquakes, typhoons, and hurricanes

In 2008, Villa Esperanza, "Hope Village" was created. This is a place where young girls have found refuge who once lived in the Managua dump called La Chureca or other dangerous environments. Here at the Villa they are given their first individual bed with clean sheets, and clothes and food. School suddenly becomes an option and with it hope for a better future. In short, they are given a new life!
Villa Esperanza goes further, by offering life-skills and social skills training, psychological evaluation and counseling, and medical care. Here the children receive personal care in a family environment. And they are taught about a loving Savior and are encouraged to love others as He would. The children of Villa Esperanza are given the tools they need to reach their full, God-given potential.

Since then, we have created additional holistic child sponsorship programs for vulnerable children in Cuba, Haiti, Mexico, Kenya and Uganda which provide things such as nourishing food, education support, healthcare, clean water, and emotional and spiritual care.

Board of directors
as of 12/20/2021
SOURCE: Self-reported by organization
Board chair