TRI-VALLEY COMMUNITIES AGAINST A RADIOACTIVE ENVIRONMENT

A Green  Lab in Livermore, and a Safer World

Some Current Objectives 1. Conduct research, analysis, public education and political advocacy to influence the U.S. nuclear weapons complex, budget and stockpile management plan. The proposed fiscal year 2011 budget request for nuclear weapons is the largest in our Nation’s history. We have undertaken a careful analysis of the request. And, we aim to support the funding proposed for nonproliferation activities, increase the funding proposed for dismantlement of retired warheads, reduce the funding proposed for construction of oversized factories for uranium and plutonium weapons parts, and constrain the funding proposed for unnecessary or reckless changes to the nuclear weapons stockpile. In so doing, we will continue to advocate a superior alternative for managing the arsenal, which we have termed “Curatorshiinvestigate scientific and budgetary problems at the National Ignition Facility and work with our scientific, political and non-governmental organization (NGO) allies on the these issues to achieve success. 2. Promote international treaties and global nuclear disarmament. In addition to the above-listed activities, we will participate in the Non-Proliferation Treaty Review Conference. We will offer a presentation at the Review Conference, and prepare special materials and handouts to increase foreign delegations’ and international NGO leaders’ understanding of U.S. nuclear weapons and policy. Our aim is to contribute toward strengthening the NPT regime to better stem horizontal and vertical proliferation and achieve disarmament. Nationally, we will also work with allies in Washington, DC and the “grassroots” to build public support for the New START (Strategic Arms Reduction Treaty) and any additional follow on agreement to go to lower numbers with Russia. We seek, too, to support ratification of New START and the Comprehensive Test Ban Treaty, while acting to forestall introduction of any onerous and counterproductive “safeguards” that would undermine rather than elevate the disarmament value of these treaties. We will bring our knowledge of the weapons labs and complex to this work and have formed specific partnerships with regional, national and international colleagues on these initiatives.
3. Compel environmental review of new bio-warfare agent hazards. We aim to compel Livermore Lab to examine the environmental hazards of experimenting with bio-warfare agents and to work with the international community to address the proliferation risks of Livermore Lab mixing “bugs and bombs.” In 2010, we have completed fully briefing the federal court on the Livermore bio-facility’s National Environmental Policy Act violations and expect a ruling on our summary judgement motion in the coming 12 months.
4. Speed the removal of plutonium from Livermore Lab. We aim to stop all plutonium work at Livermore Lab and expedite the removal of all weapons usable quantities of plutonium and highly enriched uranium within the coming year. Our success will impact nuclear weapons policy, limit Livermore Lab’s role in weapons design, and protect the community. We are on track to succeed over the coming 12 months, and will continue our work on this issue with local and national partners who specialize in security.
5.      Win environmental justice and cleanup of pollution at Livermore Lab. The Livermore Lab main site and its site 300 high explosives testing range are both massively polluted by decades of nuclear weapons activities, and both locations are on the EPA’s “Superfund” list of most contaminated sites in the Nation. At the Livermore Lab main site, the pollution has migrated off-site into the community’s drinking water aquifer. We will involve the community in decision-making and improve the cleanup of toxic contaminants that are oozing out of the Livermore Lab and into our neighborhoods, including by hosting a public meeting on nuclear weapons work and pollution at the Lab. We will continue our research, organizing and advocacy with state and federal regulatory agencies and key NGO partners at other Superfund sites across the country. 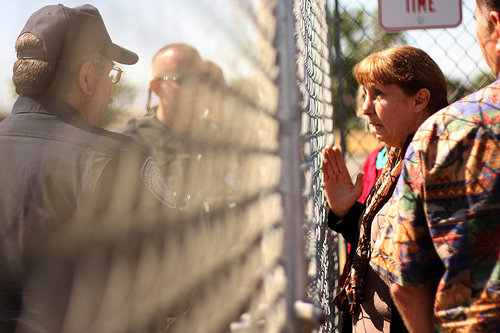 Marylia Kelley at the fence of Livermore Lab. 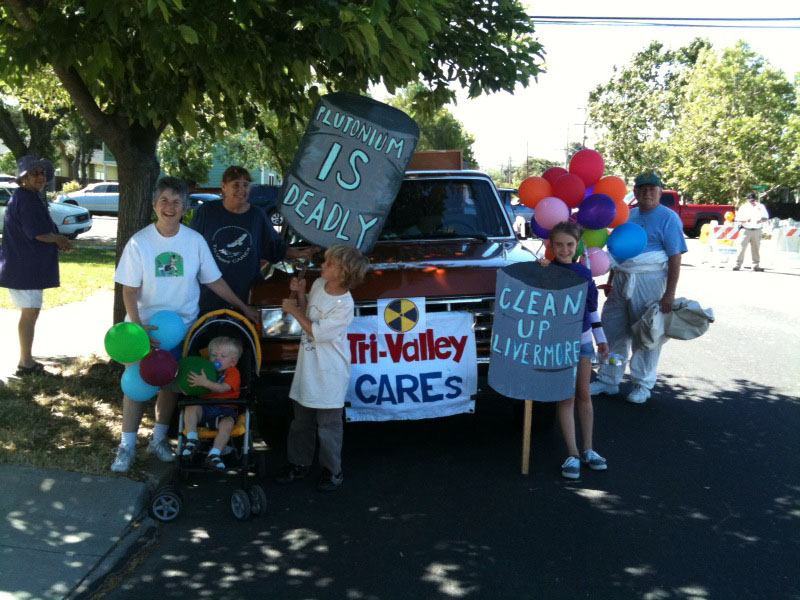 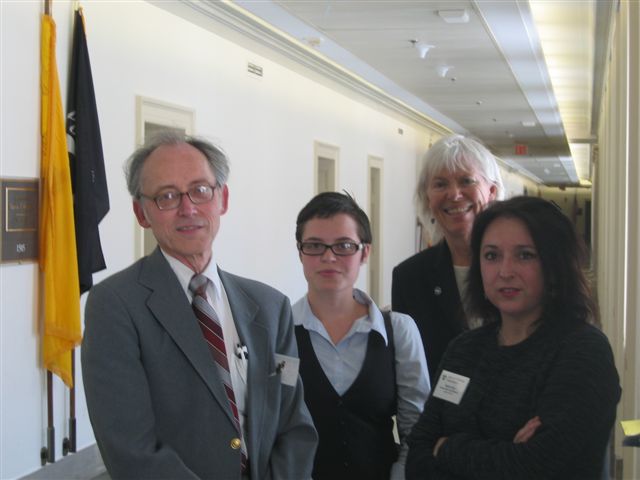 TRI-VALLEY COMMUNITIES AGAINST A RADIOACTIVE ENVIRONMENT

Board of directors
as of 03/01/2017
SOURCE: Self-reported by organization
Board chair