Nevada Health Centers relies on private philanthropy to meet the need of economically disadvantaged, uninsured and underinsured patients and to provide mobile medical services (mammography screening, children's dental care, and mobile medical services for at-risk children and youth including homeless youth, sex trafficking and child abuse victims, refugee youth and other high-risk populations). Many, if not most, of the high risk children and youth seen on our mobile units and at our fixed sites have not had experience with comprehensive holistic care and some will not have even received basic primary care. They are the furthest away from a medical home, no different than if they were in a developing country. No patient is turned away, regardless of insurance status or ability to pay. We appreciate the community's investment in our programs and welcome the opportunity to provide tours of our facilities.

Nearly 16% of Nevada Health Centers (NVHC) service area (2.8M population) live below 200% of the federal poverty level. Physician shortages, especially in rural Nevada, where physician to patient ratios can be as high as one primary care provider for every 5,843 residents (2018), pose significant challenges. NVHC‘s rural and frontier health centers are frequently the only places for people to get healthcare without having to travel hundreds of miles. Nevada also has one of the highest uninsured rates in the nation, at 18.3%, and many more who are underinsured. The state has high levels of chronic disease, unique transportation barriers, and disparities in health status among the state’s racial and ethnic minorities. In Southern Nevada’s Clark County, homeless youth account for 30% of the homeless population, youth trafficking is on the rise, and there are 2,300+ annual substantiated victims of child abuse. Preventive healthcare is virtually non-existent for these young people.

The gift of healthy teeth and a wonderful smile makes the world a more beautiful place, sowing seeds of hope and joy for children who would otherwise be unable to access care. Support is needed for dental equipment, supplies, fuel, and for grant funded care for children like the 9-year-old boy recently seen by our mobile dental van in rural Nevada. When his mother brought him in, it was obvious that he needed to see a dentist right away as one of his front teeth was broken. She was upset and crying, concerned about cost as they had very little money. Because grant funding was available, NVHC was able to provide the needed care to the child. After the examination, the dentist determined that he would be able to save the tooth and make it look like nothing had ever happened. Once the procedure was completed, our young patient was so amazed how good his teeth looked he could not stop smiling and touching his teeth! As he left the Care Mobile he smiled and said, “This is just in time for picture day tomorrow at school”.

The following patient story illustrates the impact made by this important program:

Hello, my name is Sherry Brady and I am a resident of Pahrump, Nevada. I wanted to share my story with you in order to bring awareness to people about Nevada Health Centers, the great work that they do and the critical services and programs that they provide. One such program is The Mammovan Program – It Saved My Life!

I am just like your mother, sister, aunt or grandmother. At various times in our lives we all get busy and focused on taking care of others. I had noticed for quite a long time, a change in my left breast. At the time, my husband was battling leukemia and I was his caregiver. I wanted to make sure that his final days were peaceful and filled with love and care. After his passing, I knew it was time for me to focus on my own health and get a check-up. At the time, I was uninsured, but I knew I needed to follow up with a healthcare provider. Unsure of what to do, I did some research and found out about the Mammovan Program that ensures mammograms are accessible.

In September 2015, I had a mammogram on the Mammovan. The mammogram concluded that there were abnormalities and further testing was suggested. I followed up with a healthcare professional who ordered a biopsy and PET scan. Those tests determined that I had Stage 3 Triple Negative breast cancer. The surgeon said a mastectomy was necessary. I opted for a double mastectomy. A biopsy was completed after surgery and those results revealed that I was cancer free. As a precaution, I completed 27 weeks of chemotherapy. I truly believe that it is because the Mammovan Program ensured that I was able to receive a crucial mammogram screening in spite of my financial situation, that my life has been saved!

The Nevada Children’s Health Project, “Big Blue”, was developed to meet a critical need in Clark County, where homeless youth account for 30% of the homeless population. Las Vegas is also considered the center point for human trafficking in the U.S. The project brings the mobile unit – a 38 foot doctor’s office on wheels --to the Las Vegas homeless corridor, drop in centers, and other locations where homeless and other vulnerable youth congregate. The mobile unit offers holistic healthcare and connects children, families and youth to other needed support (shelter/housing, food, dental care, mental health treatment, support groups, legal assistance, literacy education, job skills training).

Many, if not most, of the children and youth seen by this project, have not had experience with comprehensive healthcare and some have not had even basic primary care. These are children with no medical home, no different than if they were in a developing country. A significant percentage of youth seen by this project have a combination of issues including health issues, substance abuse, mental health, health literacy, overall literacy, financial challenges and shelter and violence concerns. Project partners include Catholic Charities, the Salvation Army, the Center for Behavioral Health, Boys Town, Nevada Partnership for Homeless Youth, and The Embracing Project. Last year, Big Blue provided 1,671 visits to at-risk youth. Funding is needed for staffing, equipment, supplies and fuel.

The following are a few of the many patient stories shared by our “Big Blue” team:

Escaping domestic violence, Kristen fled from Wyoming to Las Vegas with her 13 month old and 2.5 year old children to couch surf at her dad’s house until she could get on her feet. Her oldest daughter, Lacey, had been born with a bleed on her brain and suffered chronic seizures in infancy. When her daughter began seizing after their arrival in Las Vegas, she came to Big Blue. During assessment, it was also determined that Lacey had visual impairments, speech delays, and hearing loss. The mobile medical team was able to ensure Lacey received medication to prevent seizures and assisted Kristen in establishing needed therapy and specialty services. Daughter Lana had a severe diaper rash from lack of changing. Mom had been trying to save diapers due to cost. The medical team was able to give her some diapers and prescribe the needed medication to clear the painful rash. After losing everything, Kristen saw the first glimmer of hope for her and her two little girls.

Withdrawn, desolate 17 year old Joy stepped onto the medical van. She was hopeless and did not know what to do next. After being discharged for a suicide attempt and medication stabilization for bipolar disorder 4 weeks prior, she had been sent back home. After enduring years of abuse and lack of support, Joy told her parents she did not feel right on her medications and was scared she might hurt herself. With no support from her mother and physical abuse when she mentioned her distress, Joy fled from home. After 3 days on the streets, she fell victim to sex traffickers. Joy was rescued by the vice team at a casino where she was to meet a client and brought to Nevada Partnership for Homeless Youth for shelter and a safe environment. NVPHY referred her to Big Blue where she shared that she constantly heard voices telling her to kill herself and had been off her mental health medications for over two weeks. In collaboration with case managers at the drop in center, the mobile medical provider was able to have Joy direct admitted for inpatient acute psychiatric services and connect her with the teen drop in center for sex trafficking.

The Nevada Children’s Health Project is funded through private grants. Funding is needed for staffing, equipment, supplies and fuel. 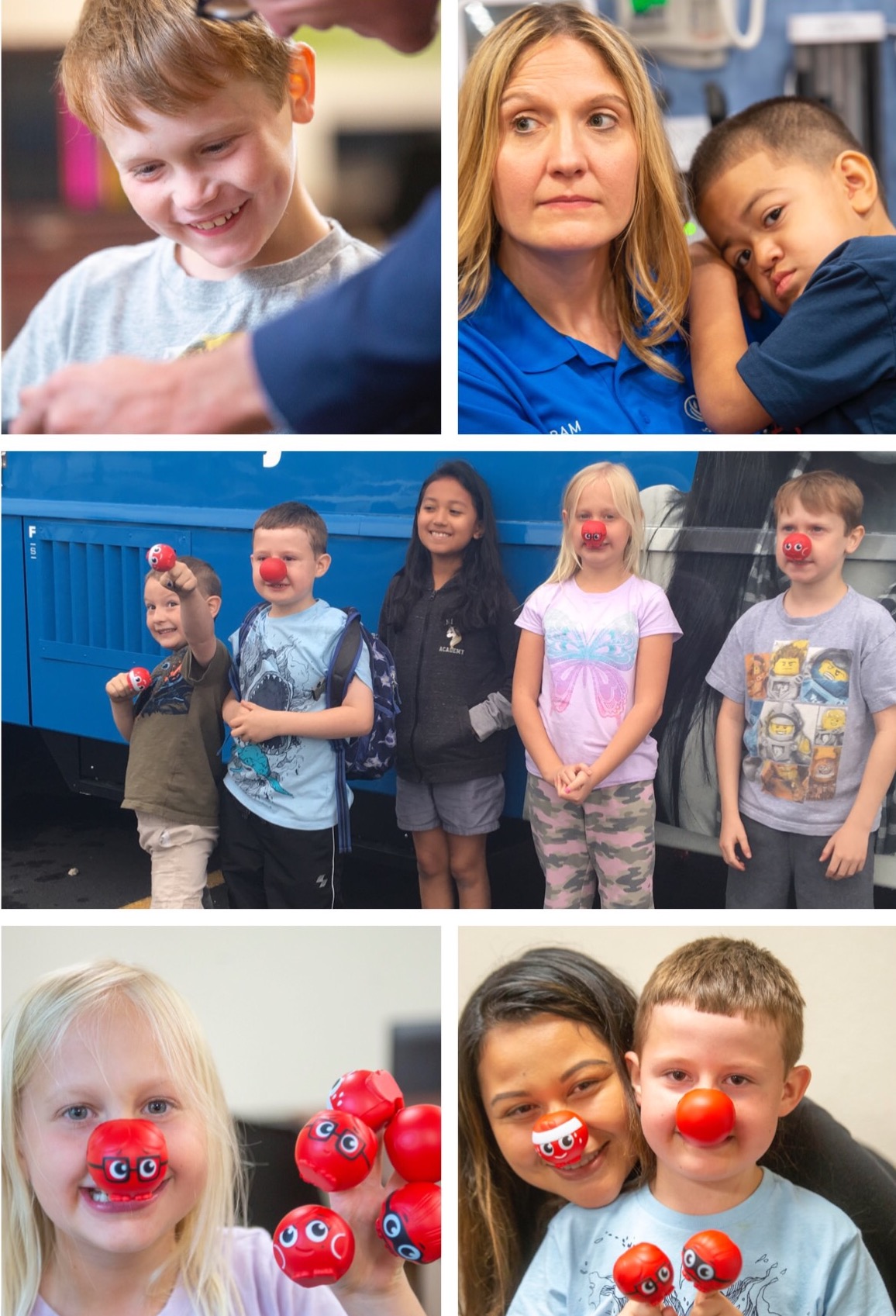 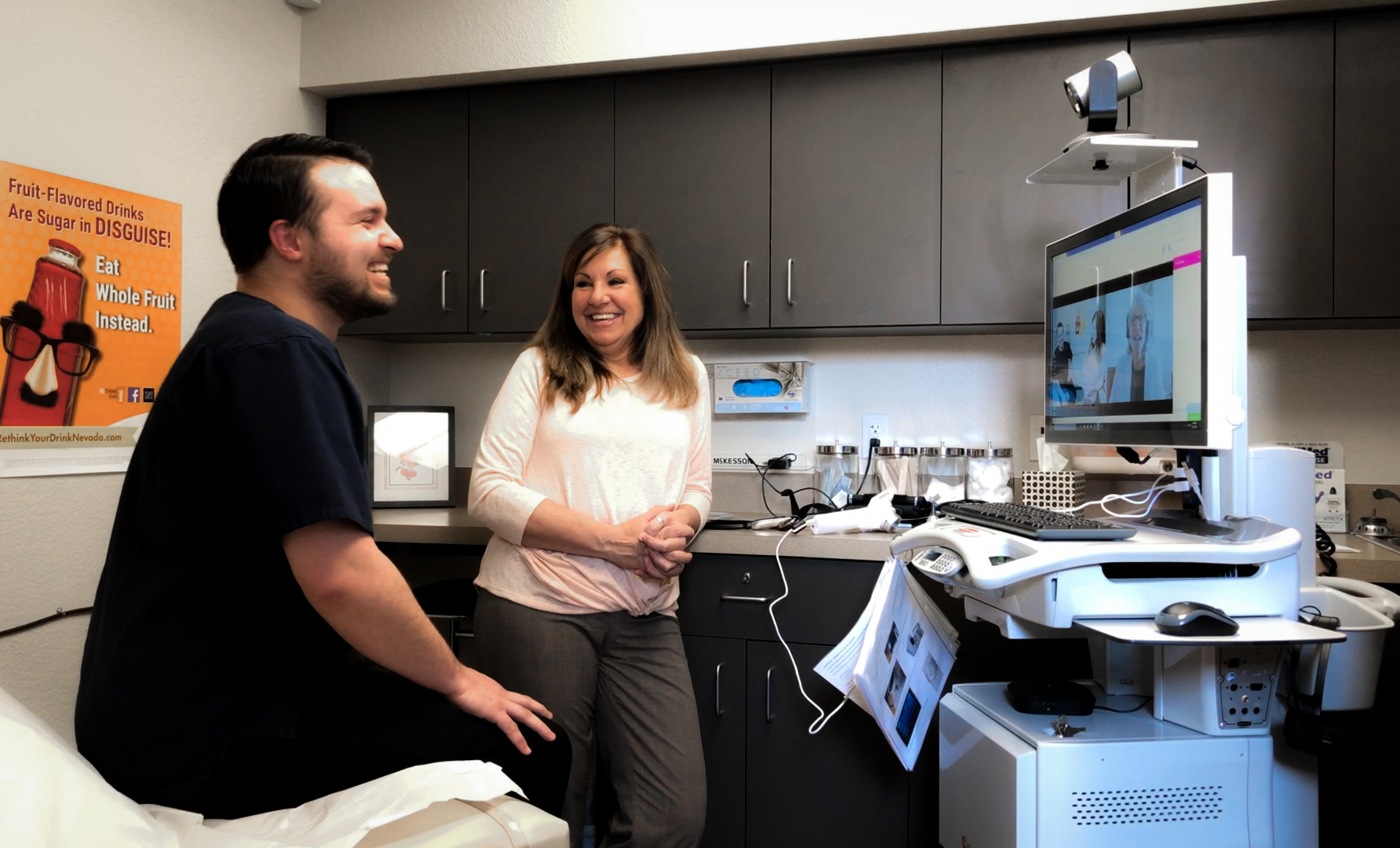 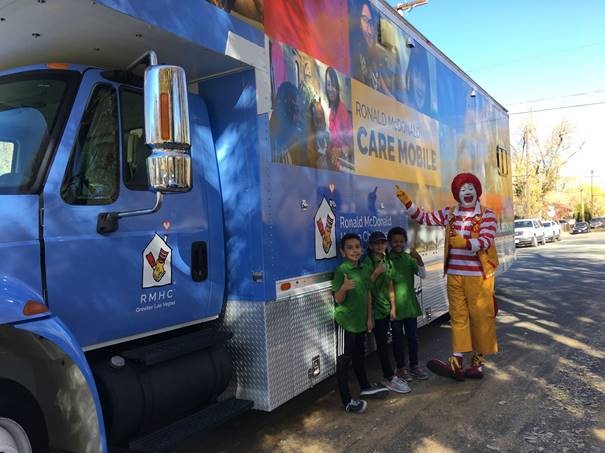 Women make up over 60% of NVHC's patient population.

Nevada Health Centers (NVHC) mission is to provide access to quality healthcare throughout Nevada. NVHC is founded on the principle that all people, regardless of where they live or their ability to pay, have the right to quality healthcare services. What began as a seed of hope for a rural Nevada community has blossomed into a statewide, vibrant and thriving organization that now meets the primary healthcare needs of nearly 50,000 individuals each year. Our overarching goal is to provide Nevadans with evidenced based, culturally competent and linguistically appropriate health care and to do this in a fiscally responsible way to ensure that the health centers remain viable over time.

Board of directors
as of 6/14/2021
SOURCE: Self-reported by organization
Board chair