Mercy For Animals’ vision is a world where animals are respected, protected, and free.

Our mission is to end industrial animal agriculture by constructing a just and sustainable food system.

Mercy For Animals exists to end one of the greatest causes of suffering on the planet: the exploitation of animals for food, in particular, industrial animal agriculture, aquaculture, and fishing. These forms of food production cause egregious animal suffering and have detrimental effects on the planet and people. Mercy For Animals is dedicated to eradicating this cruel food system and replacing it with one that is not just kind to animals but essential for the future of our planet and all who share it. We are on the front lines fighting to protect farmed animals. From factory farms to corporate boardrooms, courts of justice to courts of public opinion, Mercy For Animals is there to speak up against cruelty and to shift the food industry toward plant- and cell-based products.

Through the power of video documentation, Mercy For Animals' investigators act as the eyes and ears for the public, who are kept largely in the dark about factory farm conditions. Undercover investigations are a vital part of our grassroots activism, education, and advertising efforts aimed at opening consumers' hearts and minds to the plights of farmed animals and empowering people with the accurate information they need to make humane food choices.

MFA’s legal advocacy work has contributed to a staggering
number of animal cruelty arrests and convictions, sending a clear message to
the meat, dairy, and egg industries that animal abuse will not be tolerated.

Mercy For Animals keeps farmed animals in the headlines and on millions of minds worldwide.

The world is waking up to the cruelty of factory farming and demanding a compassionate food system. Our public engagement team is at the forefront of this change, inspiring news stories in some of the world’s largest media outlets, collaborating with influential celebrities to expand our reach, producing hard-hitting videos that expose factory farming, and educating millions through social media on the benefits of plant-based eating.

Mercy For Animals works to eliminate the worst animal abuse and grow market share of plant- and cell-based foods.

Standard practices used widely by the meat, dairy, and egg industries cause tremendous animal suffering. Piglets routinely have their tails cut off and teeth ground down without painkillers. Chickens are bred to grow so fast their legs often bow in or out and break easily. Some become immobile and are unable to reach water. Hens break wings, which are brittle from lack of movement and unnaturally high egg production, and are trapped in small, cramped cages.

Mercy For Animals’ corporate engagement program moves the biggest players in the food industry to eliminate the worst farming practices and adopt meaningful policies to protect animals. We also strive to enable increased market share of plant- and cell-based foods.

Mercy For Animals supports animal advocates every day while training the leaders of tomorrow.

We have incredible momentum in our movement right now. People are marching in the streets, organizing their communities, amplifying their voices online, and refusing to be silent.

Our organizing program inspires more people to get active in the animal protection movement and develops community leaders who spread our mission far and wide.

We aim to build the capacity, scale, and breadth of the movement so that it is inclusive, diverse, empowered, and well-equipped to achieve our shared vision of a world where animals are respected and protected.

MFA was named one of the "15 Top High-Impact Nonprofits" in the category of Animal Welfare, Rights, and Protection 2011

Philanthropedia, a division of GuideStar 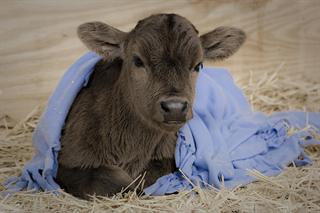 One of four rescued calves from MFA's 2011 investigation into E6 Cattle Company in Hart, Texas

Number of community events or trainings held and attendance

Number of undercover investigations/videos to uncover unethical treatment of animals

Total number of volunteer hours contributed to the organization

We achieve much of our corporate animal welfare progress in partnership with other organizations. Figures represent animals impacted per year once policy commitments are fully implemented.

​We achieve much of our legal progress in partnership with other organizations. Figures represent animals impacted per year once policies are fully implemented.

Mercy For Animals is dedicated to preventing cruelty to farmed animals and promoting compassionate food choices and policies. We work to create a society in which all animals are treated with the compassion and respect they so rightly deserve.

Our aim is to reduce as much as possible the number of animals raised and killed for food and to reduce the suffering of animals who are raised in cruel conditions on modern farms. Our overall aim is to spare as many farmed animals as we can from a lifetime of misery and abuse and create a compassionate food system for all, including non-human animals, humans, and the planet.

By promoting compassionate, plant-based food choices through our educational outreach and communications work, and providing free resources to help the public make such choices, we strive to significantly lower the number of farmed animals raised and slaughtered for human consumption each year.

By carrying out undercover investigations of factory farms and engaging with corporate partners, we aim to lead the world's largest food industry companies to implement meaningful animal welfare guidelines that reduce the suffering of animals in their supply chains.

Through our undercover investigations and government affairs and public policy work, our goal is to bring about new animal welfare laws to eliminate the worst cruelties of factory farms and to bring civil and criminal penalties to those who abuse farmed animals.

Mercy For Animals possesses unique expertise in carrying out undercover investigations of factory farm facilities and generating widespread media coverage of the investigative footage. This includes great depth of experience at recruiting and training investigators, operating the latest video technology equipment, and securing employment at farms.

MFA also has unique expertise in crafting messaging and communications that are effective at inspiring the public to move toward compassionate, plant-based food choices. Through personnel resources, research and design capabilities, and financial resources, we are able to implement robust and far-reaching programs.

Further, we can leverage our extensive network of supporters, volunteers, and social media followers to generate widespread public awareness of animal protection issues and drive corporate and legislative policy changes.

Mercy For Animals has succeeded in persuading some of the country's largest food industry companies, including Nestlé, Costco, Safeway, and Popeyes, to implement meaningful animal welfare guidelines that have reduced the suffering of millions of farmed animals each year.

We have also succeeded in inspiring hundreds of thousands of individuals to move toward or fully adopt a compassionate, plant-based diet, sparing millions more animals each year from a lifetime of misery on factory farms. Further, MFA has played an important role in securing the passage of landmark state laws banning some of the worst factory farming practices, such as confinement in battery cages, veal crates, and gestation crates, which has improved the welfare of tens of millions of farmed animals each year.

While MFA has been able to achieve remarkable victories that have improved the lives or spared the suffering of many millions of animals, there is a huge amount of progress still to be made. This includes further reducing the number of animals raised and killed for food each year, bringing about more corporate policy changes to improve the welfare of farmed animals, and securing further-reaching legal protections for farmed animals.

This snapshot of MERCY FOR ANIMALS’s financial trends applies Nonprofit Finance Fund® analysis to data hosted by GuideStar. While it highlights the data that matter most, remember that context is key – numbers only tell part of any story.

Leah Garcés is the president of Mercy For Animals. She has been fighting for better food and farming systems for nearly 20 years as a leader in the animal protection movement. She oversaw international campaigns in 14 countries at the World Society for the Protection of Animals and launched Compassion in World Farming in the United States. She is the author of Grilled: Turning Adversaries into Allies to Change the Chicken Industry from Bloomsbury Publishing. Leah’s work has been featured in many national media outlets including The New York Times, the Washington Post, BuzzFeed, Vice Magazine, and the Chicago Tribune among others. Leah is also on the advisory councils of Encompass and Rebellyous Foods. She lives in Atlanta, Georgia, with her husband, three kids, and two cats.

Board of directors
as of 01/16/2023
SOURCE: Self-reported by organization

Gross receipts from fundraising
Retained by organization
Paid to fundraiser