The Golden Gate Men's Chorus is committed to excellence and joyous music-making; providing a supportive and nurturing atmosphere for our members' artistic and social self-expression; and sharing and expanding the rich and continuing tradition of male choral music.

CFO, Board of Directors 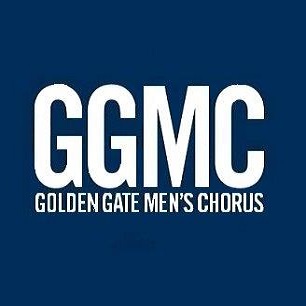 Spring, Summer and Holiday concert sets of 2-4 performances each, of men's choral music

Joseph Piazza was appointed as Music Director of the Golden Gate Men's Chorus in May of 2010. During his tenure with GGMC, Mr. Piazza has appeared with the chorus at international and state choral festivals, released recordings of newly commissioned works, partnered with community arts organizations, and brought outstanding performances to the San Francisco Bay Area. In November of 2016, GGMC was the category winner of the Golden State Interkultur International Festival whose finish placed the chorus as the number one ranked male chorus in North America and the number 14 male chorus in world rankings. In October of 2016, GGMC released its second CD under the direction of Piazza of new works for male choir commissioned by GGMC from composers such as Vytautas Miškinis, Ivo Antognini, David Conte, and Leonard Enns. In February of 2014, GGMC performed at the American Choral Director's Western Division Regional Convention and in July 2014 at the World Choir Games in Riga, Latvia, where GGMC was awarded gold medals in the "Musica Sacra with Accompaniment" and "Male Choirs" Champions Competition and a silver medal in the "Spiritual" Champions Competition. In July of 2018, Piazza will conduct GGMC at the Llangollen International Musical Eisteddfod in Wales on its tour of the UK.

Piazza received his musical degrees from Northwestern University and the University of Cincinnati College Conservatory of Music. He is the Music Director of Piedmont High School Acappella Choir and the founding director of ECCO, the alumni chorus of the Piedmont East Bay Children's Choir, representing outstanding high school vocalists from the Bay Area. Under his direction, the Piedmont Acappella Choir has toured the People's Republic of China, England, Scotland, Ireland, Canada, Italy, Hungary, and Germany. In 2007, the choir performed John Rutter's Requiem at Carnegie Hall, with John Rutter conducting. In 2008, on the occasion of Handel's 200th birthday, the choir performed Messiah in Halle, Germany. In 2002, the choir was one of four featured at the Festival of Choirs under the direction of Vance George at Davies Symphony Hall in San Francisco and again in 2010, performing with Chanticleer. The chorus appeared again at Carnegie Hall in 2011, 2012, and 2014. Mr. Piazza studied conducting and rehearsal techniques with Vance George; he has also worked with worked with Dennis Keene and the Gregg Smith Singers. He appears as guest conductor with community choruses across California.

He has been the music director of the Gay Asian Pacific Alliance Men's Chorus since January 1991. Under his direction, the GAPA Men's Chorus has sung throughout the Bay Area, as well as in Seattle, WA; Los Angeles; Montréal, Québec; Taipei, Taiwan, where the chorus represented the US in the first Asian LGBT choral festival, Hand in Hand Taipei, in November 2015; and most recently in Denver, CO for the GALA Choruses Festival in July 2016.

Randall is a founding member of the Golden Gate Men's Chorus, and has sat on the Board of Directors since 1985 in a variety of positions: CEO (14 years), Secretary (4 years), General Manager (2 years), and CFO (14 years). In April, 2015, he was appointed Managing Director for the GGMC.

Board of directors
as of 01/20/2023
SOURCE: Self-reported by organization