Hampton Roads Writers enriches the Hampton Roads literary arts community by connecting, encouraging, and educating writers of all ages, talents, and genres. By creating literary events throughout Southeastern Virginia, we serve as a resource dedicated to helping all writers grow in their writing craft and work toward publication success.

President of the Board of Directors

Vice President of the Board of Directors

Founder, President of the Board of Directors, Conference Director 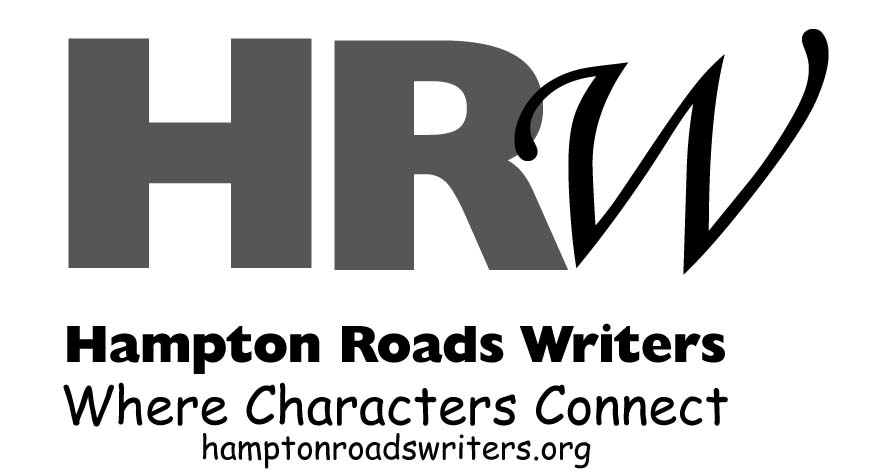 We need to create and implement a sexual harassment policy

We need to raise enough capital to bring in a HUGE name author to keynote one of the conferences; we need a dedicated $50,000 to that end.

A multi-day motivational and instructional literary festival designed for literary artists of all genres and experience levels and for everyone else desiring to meet and mingle with writers while learning about the craft of creating and selling literary art.

Show and Grow Your Prose with Professional Critiques

Free Opportunity to read ten minutes of your prose** (short story, memoir, or novel chapter ONLY) to the audience, followed by brief professional critiques by our 2 guest critiquers. 4 readings per session for the dinner meetings and 6 readings at Saturday morning sessions.

No similar literary arts group in Hampton Roads exists that serves writers of ALL genres and ages and offers the comprehensive services provided by HRW, including myriad networking opportunities, classes, workshops, writing conferences, opportunities to showcase work before the general public, and a website filled with resources for writers.

We strive to accomplish our aims through a variety of programs such as:

• Open Mic Events provide free opportunities for prose writers and poets to share their work in three to five minute increments and receive audience feedback and for others to sit back and enjoy the work.

• Show and Grow your Prose with Professional Critique programs afford prose writers the free opportunity to read (and have electronically displayed) ten minutes of their work and receive a detailed critique by both a writing professional and a facilitator. After each reading -- time permitting -- the audience is encouraged to ask questions or give feedback. Neither the writing professional, nor the facilitator (nor anyone else for that matter) is paid for their services.

• Traveling Pen Series of Writer Workshops provides a low-cost venue for two and a half hour workshops that focus in on a particular area of craft or industry knowledge. These workshops are taught by professional writers, teachers, and published authors who are given a $50 honorarium for their participation. Participants pay $10 (members) to $20 (nonmembers) to attend these workshops. Scholarships are available for anyone otherwise financially unable to afford the event.

• Annual Writers' conference brings best-selling authors, literary agents, editors and independent publishers to our area which allows opportunity for writers to interact with the professionals on a one to one basis. Our conferences, which are always focused on writing craft education and on education about the business of getting published, also offer a wealth of practical knowledge, inspiration, and motivation for all attendees.

• Youth Writing Platform features yearly Black History Month Events usually held in conjunction with The Cultural Alliance of Greater Hampton Roads and Barnes & Noble. In general, we create two to three black history events each February and one of them always involves preschoolers through high-schoolers.

• Bi-monthly E-Newsletter offers articles about the art and practice of writing. It usually features one or more members of Hampton Roads Writers, as they detail their journey toward publication.

• Comprehensive Website, updated almost daily, offers access to educational essays and writing market opportunities, and listings of other local writing groups and other literary happenings in the area. The website contains nearly 900 writing prompts and/or writing exercises designed to stimulate writers to create work and improve their writing skills. Via the website, writers also can access video teaching and links to other learning sites and connections with agents and publishers as well as past and future HRW learning events.

• HRW has developed an extensive network of volunteers who vision and facilitate the events (OMs, S&G, TPS, and annual conference). Many of these individuals make up the executive and advisory boards of Hampton Roads Writers. Other volunteers come from within the membership of HRW, lending an occasional hand as needed.

• HRW has developed a great working relationship with professors at Tidewater Community College, Old Dominion University, Hampton University, Norfolk State University, Virginia Wesleyan College, and the Muse Writing Center of Norfolk. Professionals (teachers, writers, etc) from these places have been recruited as some of our workshop leaders and/or prose critiquers. Virtually all of these individuals give support HRW in a voluntary capacity.

• HRW also has developed an effective working relationship with many of the large writing, less well organized writing clubs. We disseminate their news and volunteer for them when needed and they often return the favor. Currently, we work with the Muse Writers Center in Norfolk, the Virginia Beach Writers and the Chesapeake Bay Writers, which are affiliates of the statewide Virginia Writers group, with the Portsmouth writers group, Tidewater Writers, and with the Kempsville Presbyterian Church writers.

• HRW has developed a financial relationship with TowneBank, which partially sponsors our annual conference, with Prince Books of Norfolk, which sells books at the conference and returns 20% of the gross profits to us, and with both the Virginia Arts Commission and the Virginia Beach Arts and Humanities Commission, which have awarded us grants. We also have developed a network of corporate sponsors who help offset some of the conference expenses.

• HRW has an ever-increasing donor base of individuals who financially contribute to the organization by becoming members, donating a minimum of $35 each year. The number of members and the donations collected has grown approximately 10% each year since HRW's inception in 2008. At present, HRW has about 190 financially active members.

• HRW's all-volunteer boards are comprised of published writers, editors, journalists, secondary and post-secondary teachers, physicians, administrators, and community leaders, all of whom have the ability and desire to share their love of literature and writing with others. Each member of the board also has joined the organization, contributing not only their time and talents, but also their financial treasures.

2016 Goals:
• Establish a committee for the establishment of an HRW annual Journal as well as criteria for Journal submissions. GOAL MET
• Grow conference to over 200 attendees GOAL NOT MET
• Grow dinner meeting attendees by 10% GOAL NOT MET
• Obtain adequate underwriting for prominent keynote speakers GOAL NOT MET
• Continue to grow membership and increase membership renewal rate GOAL MET
• Continue to raise awareness of HRW within and outside of Virginia GOAL MET
• Raise capital to purchase a complete sound system GOAL partially MET
• Raise capital to fund $1000 worth of scholarships to conference (enough for approximately 5 people) GOAL MET

2018 Goals:
• Establish annual HRW Journal to writers outside Virginia GOAL REVISED
• Repurpose HRW Blog into 'Characters Corner' to publish members' writing created in response to writing prompts on HRW's Facebook and Twitter pages.
• Begin youth summer writing program for Hampton Roads GOAL DEFERRED
• Grow membership to 175 members IN PROCESS
• Grow conference to over 350 attendees GOAL REVISED DOWN TO 200 unique people over the 3 days
• Create optional 4-hour, pre-conference Master's class for experienced novelists IN PROCESS, GOAL EXPECTED TO BE ACHIEVED
• Grow dinner S&G meeting attendees by 10% UNCERTAIN AS WE HAVE NOT YET HAD A 2018 DINNER MEETING
• Grow daytime S&G meeting attendees by 10% GOAL EXCEEDED at 1st 2018 event
• Participate in Give Local 757 fundraising campaign to raise $5000 for scholarships to conference IN PROCESS
• Establish monthly, VB-based book club featuring works from HRW members; authors will attend meetings or via Skype IN PROCESS
• Initiate a monthly or bi-monthly writers' coffee hour in Virginia Beach, rotating through local coffee shops IN PROCESS
• Create committee to plan and implement at Reverse Ekphrastic Event in Virginia Beach in 2019
• Obtain adequate underwriting to pay prominent keynote speakers IN PROCESS
• Raise awareness of HRW within and outside of Virginia IN PROCESS
• Establish a dedicated HRW writing center in Virginia Beach, leasing space to writers GOAL DISCARDED

President of the Board of Directors

n 2008, I established a 501c3 group--The Hampton Roads Writers--of which I am the president of the Board of Directors. My goals for this group include creation and implementation of affordable writing classes for Hampton Roads (Virginia) writers at all levels, promotion of local writers just starting out in the business, and establishment of a 2-plus-day annual, high quality writers' conference in Hampton Roads. These goals were met within HRW's first 2 years.

Vice President of the Board of Directors

Nancy, one of HRW's co-founders, is the vice-president of HRW. She has served on the board since HRW's inception in 2008. Nancy taught special education English to students in grades 7 through 12 in New York before retiring to Virginia Beach with her husband, Karl, in 2000. Their 3 children and 7 grandchildren live up and down the east coast and as far away as Japan. Apart from family most of the year, Nancy credits her warm welcome into the HRW writing community as a major reason she now calls Virginia Beach home. She has rediscovered her love of writing and enjoys crafting short stories and middle grade fiction. One of her stories placed first in a General Federation of Women's Club's national writing competition, and another took 3rd place in HRW's inaugural juvenile fiction contest. However, most of her time spent with letters lately involves editing, critiquing, and working with her very special Wednesday morning critique family.

Board of directors
as of 12/31/2022
SOURCE: Self-reported by organization